Americans on the left end of the political spectrum have become less anxious about Covid. 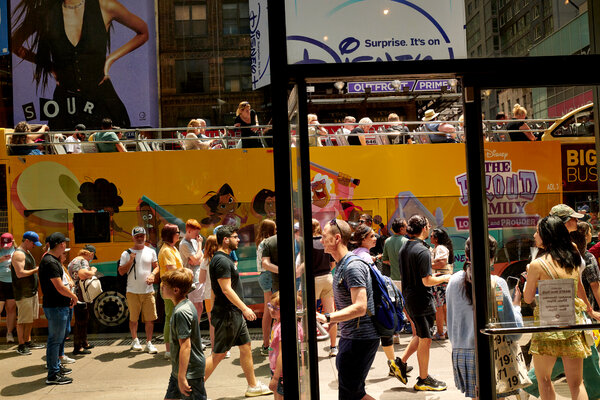 Almost six months ago, when my Morning colleagues and I released our last poll about Covid, the deep anxiety among Americans identifying as “very liberal” was one of the main findings.

Forty-seven percent of very liberal adults said that they believed Covid presented a “great risk” to their own personal health and well-being. That was a significantly larger share than among conservatives, moderates or even liberals who stopped short of calling themselves very liberal. Particularly striking was the level of concern among liberals under age 45, even though the virus’s worst effects have been concentrated among older people.

I understand why attitudes about the virus vary so sharply by ideology. Our country is polarized on most high-profile issues today. In the case of Covid, Donald Trump and some other Republicans exacerbated the divide by making a series of false statements that downplayed the threat or misrepresented the vaccines.

To many liberals, taking Covid seriously — more seriously, at times, than the scientific evidence justified — became an expression of identity and solidarity. As one progressive activist tweeted last year, “The inconvenience of having to wear a mask is more than worth it to have people not think I’m a conservative.”

This morning, we’re releasing the results of our latest Covid poll (which, like the earlier ones, was conducted by Morning Consult). This time, one of the central findings is how much attitudes have changed since the spring. Americans are less worried about the virus today — and driving that decline is the receding level of anxiety among the very liberal, including many younger adults.

The share of the very liberal who say the virus presents a great risk to their own personal health has fallen to 34 percent. The 13-point drop since March was larger than the drop among any of the six other ideological self-identifications in the poll:

Manitoba at forefront of cameras in courtrooms, but a long way to go, says media lawyer