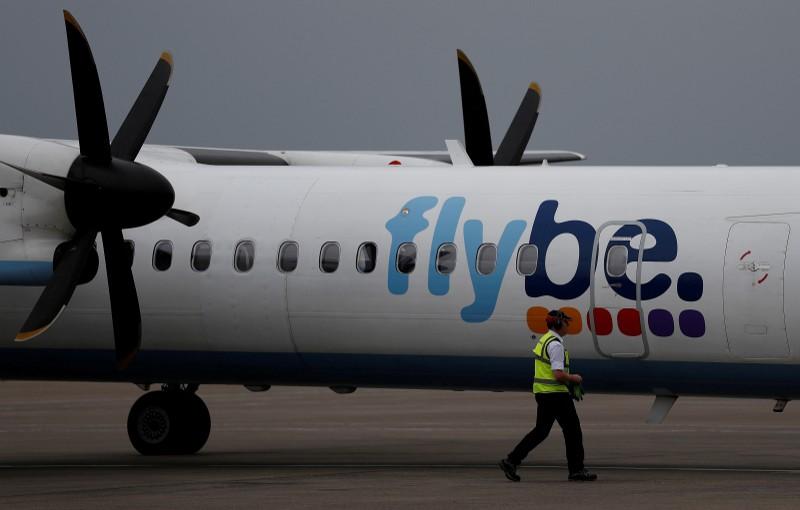 Stobart is part of a consortium led by Virgin Atlantic Airways and including Cyrus Capital Partners that said on Friday it will buy Flybe for $2.8 million, aiming to rebrand the struggling regional carrier.

Tinkler has been involved in a lengthy legal battle with Stobart after he was ousted from the infrastructure and support services group last year for alleged breach of contract and breach of fiduciary duty.

It was unclear how much he paid for the Flybe stake, who he had acquired it from and whether he planned to make any further purchases, according to the Sky News report bit.ly/2RmzHYh.

But a source close to Tinkler told Sky News he is not seeking to disrupt the proposed takeover.

The purchase is expected to be disclosed to the London Stock Exchange on Monday, Sky News said.

Both Stobart and Flybe declined to comment on the report. Cyrus Capital and Virgin Atlantic were not immediately available for comment outside regular business hours.

Flybe operates routes from about 25 British airports, including domestic connections to London’s Heathrow.

Announcing the takeover earlier in the day, Virgin said Flybe would feed customers to its long-haul flights.

Bill Linnane: 'For old married couples like us, Love Island is akin to a night out at the Roman Colosseum'

Commentary: No, Brexit Britain doesn’t want its empire back

No mid-year exams amid Covid-19 pandemic but national, varsity exams to continue

Coronavirus: Stay at home, go out only for essentials and wear a reusable mask around crowds

As Japan coronavirus cases rise, Tokyo nudges PM Abe to declare state of emergency
We and our partners use cookies on this site to improve our service, perform analytics, personalize advertising, measure advertising performance, and remember website preferences.Ok