We’re covering fears of civil war in Israel and an Eid cease-fire in Afghanistan. 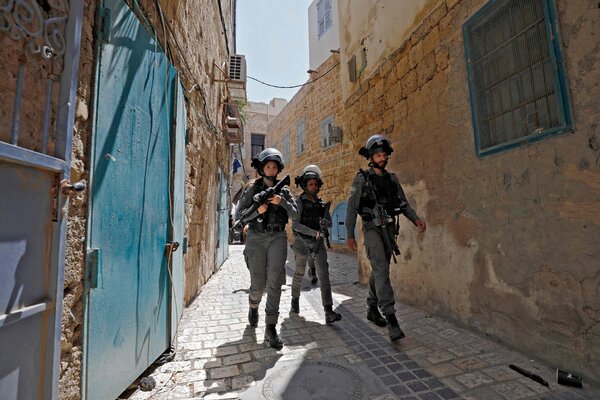 Warnings of civil war in Israel

Hundreds of people have been arrested on rioting charges in Israel, and the city of Lod was placed on lockdown after groups of Jews and Arabs faced off violently in the streets. Several Israeli leaders, led by President Reuven Rivlin, evoked the specter of civil war — a once unthinkable idea.

Israel carried out more airstrikes against Hamas targets in Gaza, where the death toll rose on Thursday to 83 people, according to the Gaza health ministry. Palestinian militants fired volleys of rockets that reached far into Israel, where seven have died over the past three days.

In several Israeli cities, Jewish and Arab citizens have stoned cars, burned offices and places of worship, and formed mobs that have dragged people from their vehicles and beat them to within an inch of their lives.

On the ground: Burned-out cars litter the streets of the mixed Arab-Jewish town of Lod, the epicenter of three nights of violence in Israel. Authorities imposed a curfew and deployed armed border troops. But the moves did little to restore calm.

Arab-Jewish coexistence: Israel’s Arab minority makes up about 20 percent of the population. Israeli Arabs have full citizenship, but rights advocates say they are victims of dozens of discriminatory regulations.

Analysis: Israeli politicians often close ranks in a crisis, but this time the prime minister’s enemies, who are trying to form a government, are blaming the violence on Benjamin Netanyahu. Yair Lapid, the centrist leader of the opposition, said the events “can be no excuse for keeping Netanyahu and his government in place. Quite the opposite.”

With new infections now engulfing rural regions across India even as the daily death toll in cities remains staggeringly high, regional leaders are struggling to secure vaccines and stretch the doses they have on hand.

Maharashtra and Karnataka have suspended vaccinations altogether for people under 45 in those states, so that older people can receive second doses. And a government panel has recommended widening the gap between the first and second doses of the AstraZeneca vaccine.

Prime Minister Narendra Modi is facing pressure to quickly expand the scope of India’s vaccination campaign as major cities run out of doses. A dozen opposition parties are calling for a lifting of vaccine patent protection to allow more production of Covaxin, developed by Bharat Biotech. The India-made vaccine is currently in such short supply that New Delhi had to shutter 100 vaccination sites.

Numbers: India reported about 362,000 cases on Wednesday, with infections rising in the southern city of Bengaluru and across rural India. Less than 3 percent of the country’s population has been fully vaccinated.

The U.S. authorization of Pfizer vaccines for 12- to 15-year-olds has cleared the way for the world’s first mass vaccine effort in young people.

U.S. health officials advised that Americans who are fully vaccinated against Covid may stop wearing masks or maintaining social distance in most indoor and outdoor settings.

A respite in Afghanistan

A three-day cease-fire for the Eid al-Fitr holiday is in effect in Afghanistan, but residents say that it’s not nearly enough. It’s been just days since a bombing at a school killed 80 people.

Last week, the Taliban pushed their way toward Lashkar Gah, the capital of Helmand Province, the closest they have ever gotten to taking it. Our reporters visited the area shortly after the U.S. troop withdrawal got underway.

At one point after the offensive began, the Helmand River was the only barrier keeping the Taliban from overrunning government positions until U.S. and Afghan airstrikes and Afghan troops pushed the Taliban back. The insurgents struck elsewhere in the country at roughly the same time, taking several Afghan Army bases in the north.

“They won’t leave us,” Capt. Shir Agha Safi said of the Americans, not coming to terms with their departure. Their presence is still ingrained into almost every part of the war.

Boeing said it received approval from U.S. aviation authorities for proposed fixes to an electrical problem that grounded a portion of its troubled 737 Max fleet for more than a month

While China and the U.S. are grappling with falling birthrates, Germany has bucked the trend with a rise in births nine months after its first pandemic lockdown, a testament to recent family-friendly policies and higher migration.

Puppies and kittens shipped in packages across China have ended up dead, distressed or infected, spurring outrage.

Ethiopian authorities have detained journalists without charges and revoked the accreditation of a New York Times reporter writing about the conflict in Tigray.

Rolling blackouts hit Taiwan after an accident at a power plant.

Only 44 people are said to have reached the summit of all 14 of the world’s highest mountains. Now researchers are raising doubts about their accomplishments, and studying all the key ascents to place climbers in precise locations. At the center of the debate is the definition of a summit.

How to handle the return of socializing

Philip Galanes writes a Times column called Social Q’s, and he frequently gets a version of the question “How can I deal with the tensions around the resumption of social life?” Many people are ready to return to prepandemic activities, while others are not.

Philip’s main advice: “Be nice to yourself, take care of the people you love and be as compassionate as you can.” That includes being honest about disagreements — and doing so in person or by phone rather than by text.

And it’s OK to take it easy. As the author Celeste Headlee told NPR, “We have been under such a cognitive load over the past year or so that there just may not be the space for two things in one day.”

Chewy, gooey, crisp and crunchy: Here are our best recipes for chocolate chip cookies, including one adapted from Jacques Torres.

Sarah Schulman’s book “Let the Record Show” is a history of Act Up, the AIDS protest group.

Join our 10-Day Fresh Start Challenge. Sign up, and starting Monday, we’ll send one or two messages a day to help you take small steps toward building healthy habits.

Here’s today’s Mini Crossword, and a clue: Habitat for a worm (four letters).

The latest episode of “The Daily” is about the Israeli-Palestinian crisis.

Claire Moses wrote the Arts and Ideas. You can reach Melina and the team at [email protected].

Kevin Doyle: 'Laughing at the Brits is tempting – but won't serve national interest'