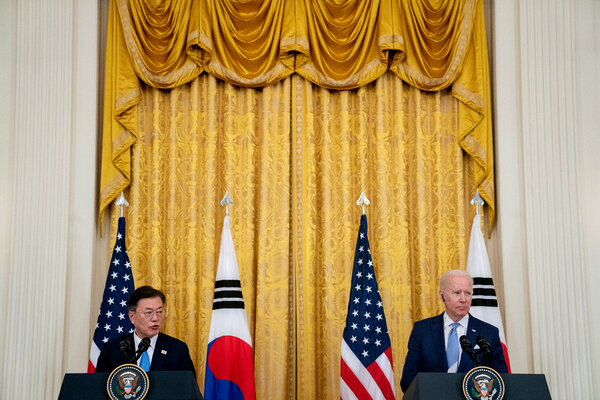 SEOUL — North Korea’s state media on Monday criticized the United States for lifting restrictions on South Korea’s ability to build more powerful ballistic missiles in its first response to the summit between President Biden and Moon Jae-in, the leader of South Korea, earlier this month.

North Korea warned that lifting the restrictions would raise tensions on the Korean Peninsula and trigger an arms race.

During the summit meeting between Mr. Biden and Mr. Moon, the allies agreed to terminate the so-called missile guidelines that have been imposed on South Korea since 1979 and placed limits on the range and warhead weight of ballistic missiles South Korea was allowed to develop.

Before the summit, Washington had already lifted the payload limit on South Korean missiles to help the country counter the North’s growing nuclear and missile threat.

3 killed, 1 missing as mine collapses in Indonesia

Doctor called in sick so he could work as locum to earn extra money, then forged his own MC