Home » Asia » A Top Virologist in China, at Center of a Pandemic Storm, Speaks Out

The virologist, Shi Zhengli, said in a rare interview that speculation about her lab in Wuhan was baseless. But China’s habitual secrecy makes her claims hard to validate. 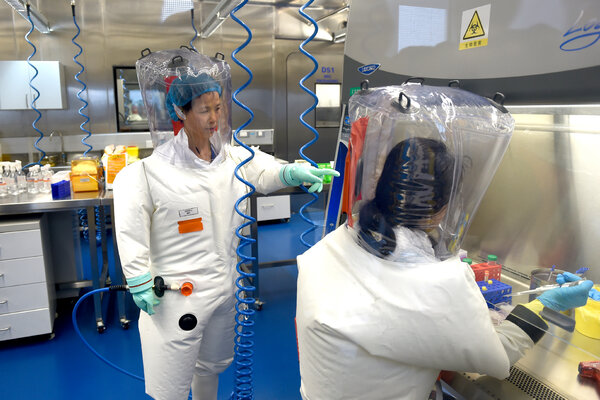 By Amy Qin and Chris Buckley

To a growing chorus of American politicians and scientists, she is the key to whether the world will ever learn if the virus behind the devastating Covid-19 pandemic escaped from a Chinese lab. To the Chinese government and public, she is a hero of the country’s success in curbing the epidemic and a victim of malicious conspiracy theories.

Shi Zhengli, a top Chinese virologist, is once again at the center of clashing narratives about her research on coronaviruses at a state lab in Wuhan, the city where the pandemic first emerged.

The idea that the virus may have escaped from a lab had long been widely dismissed by scientists as implausible and shunned by others for its connection with former President Donald J. Trump. But fresh scrutiny from the Biden administration and calls for greater candor from prominent scientists have brought the theory back to the fore.

Scientists generally agree that there is still no direct evidence to support the lab leak theory. But more of them now say that the hypothesis was dismissed too hastily, without a thorough investigation, and they point to a range of unsettling questions.

Some scientists say Dr. Shi conducted risky experiments with bat coronaviruses in labs that were not safe enough. Others want clarity on reports, citing American intelligence, suggesting that there were early infections of Covid-19 among several employees of the Wuhan Institute of Virology.

Dr. Shi has denied these accusations, and now finds herself defending the reputation of her lab and, by extension, that of her country. Reached on her cellphone last week, Dr. Shi said at first that she preferred not to speak directly with reporters, citing her institute’s policies. Yet she could barely contain her frustration.

“How on earth can I offer up evidence for something where there is no evidence?” she said, her voice rising in anger during the brief, unscheduled conversation. “I don’t know how the world has come to this, constantly pouring filth on an innocent scientist,” she wrote in a text message.

In a rare interview over email, she denounced the suspicions as baseless, including the allegations that several of her colleagues may have been ill before the outbreak emerged.

The speculation boils down to one central question: Did Dr. Shi’s lab hold any source of the new coronavirus before the pandemic erupted? Dr. Shi’s answer is an emphatic no.

But China’s refusal to allow an independent investigation into her lab, or to share data on its research, make it difficult to validate Dr. Shi’s claims and has only fueled nagging suspicions about how the pandemic could have taken hold in the same city that hosts an institute known for its work on bat coronaviruses.

Those in favor of the natural origins hypothesis, though, have pointed to Wuhan’s role as a major transportation hub as well as a recent study that showed that just before the pandemic hit, the city’s markets were selling many animal species capable of harboring dangerous pathogens that could jump to humans.

The Chinese government has given no appearance of holding Dr. Shi under suspicion. Despite the international scrutiny, she seems to have been able to continue her research and give lectures in China.

The stakes in this debate extend into how scientists study infectious diseases. Some scientists have cited the lab leak scenario in pushing for greater scrutiny of “gain of function” experiments that, broadly defined, are intended to make pathogens more powerful to better understand their behavior and risks.