At least one reported dead and several wounded in suicide attack on Shia mosque in PD 7 in western city of Herat. 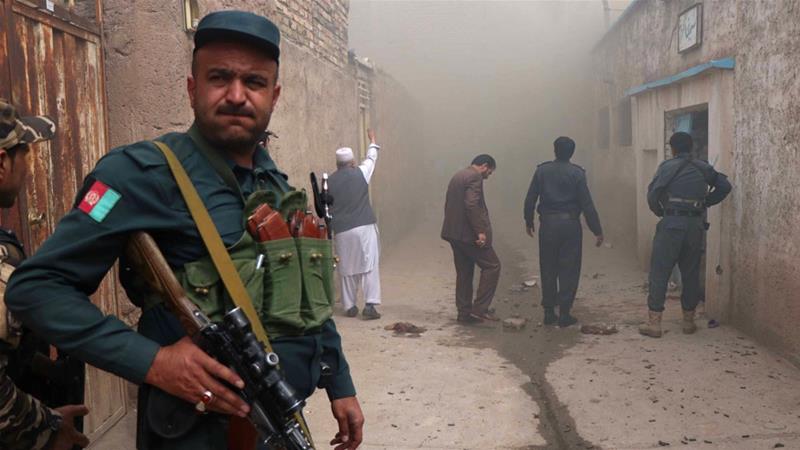 At least one person was killed and seven others wounded in an explosion outside a Shia mosque in the western Afghan city of Herat, an official told Al Jazeera.

Two suicide bombers attempted to enter the Nabi Akram mosque in Police District 7 on Sunday, but were pushed back by security guards, the official said.

“One was killed in firing and the other triggered his explosives causing casualties,” he added.

The Islamic State of Iraq and the Levant (ISIL, also known as ISIS) claimed responsibility for the attack in a statement sent to media, without providing evidence for the claim.

The area of the explosion has been cordoned off by police.

Shia Muslims are a persecuted minority in Afghanistan and have been threatened by the affiliate of the ISIL group that operates in the country’s east.

The attack comes days after an ISIL bomber targeted a group of Shia marking the Persian New Year in Kabul, killing at least 30 people.