BUENOS AIRES (Reuters) – Argentina’s President Alberto Fernandez said on Saturday that talks with bondholders to restructure $65 billion of the country’s foreign debt would continue with the two sides still deadlocked over what the final offer should look like. 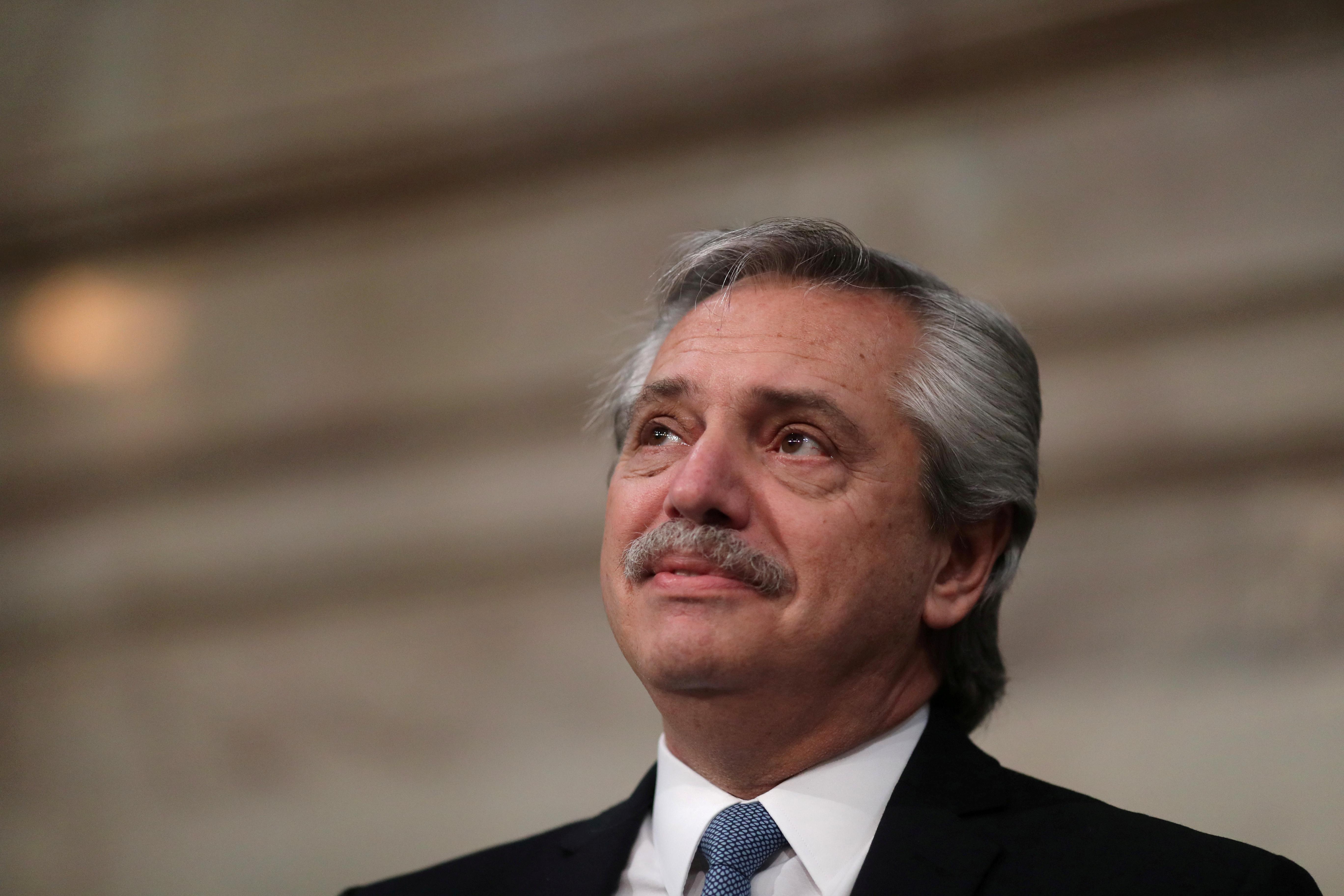 Fernandez, a center-left Peronist, tweeted that he and economy minister Martin Guzman continued to “dialogue in good faith” with creditors with the aim of reaching a sustainable agreement after a deadline to do so expired on Friday.

“The possibility of extending the offer continues until Monday, May 11,” he wrote. “When this term expires we will define the steps to follow. As always, our goal is to make commitments that we can meet.”

Guzman added in a tweet: “We thank the creditors who supported our proposal. Until Monday there is time to extend it. The dialogue continues in pursuit of an agreement that Argentina and its creditors can sustain.”

Fernandez told a local radio station there could be counter-offers from creditors issued in the coming days after the deadline for accepting the government’s initial proposal expired on Friday.

He indicated, however, that he was unlikely to shift his position much.

“I am very firm in what we have proposed,” he told radio station Futurock, adding that on the other side of the table were “very unique personalities from the world of finance.”

“This time we have a kind of endorsement from the main auditor of world finance, the (International Monetary) Fund.”

Fernandez and Guzman, who met for breakfast on Saturday, had proposed a three-year payment hiatus, a major cut to coupon payments and pushing maturities on the bonds included back to 2030 and beyond on the foreign debt.

The deal is aimed at avoiding a messy default that would revive memories of an acrimonious, more than decade-long battle with creditors after a major default in 2001.

Argentina faces a $500 million interest payment on May 22 when a 30-day grace period expires, which if not met would tip the country into default.

Few are confident about widespread support for the government offer, since three of the principal creditor groups have already rejected it.

“Now, we have a void, which was the worst possible outcome. Guzman is in a difficult position,” Gabriel Zelpo, director of Buenos Aires economic consultancy Seido, told Reuters. “He has lost the game of chicken. So, he will have to improve his proposal.”

Argentina’s financial situation has been complicated by a nationwide quarantine announced on March 20 to prevent the spread of the new coronavirus.

Fernandez on Friday night announced the lockdown would be extended until May 24, though restrictions would be loosened outside the capital Buenos Aires.

The president has said repeatedly that he is mindful of the economic toll the shutdown is taking, but that preserving life was more important.

Fernandez added in his radio interview on Saturday that “nobody wants to default,” but that given the tough global situation, it was not only Argentina that faced the risk of missed payments.

Is affirmative action in India becoming a gimmick?