China calls for reset in Sino-US relations with Biden administration 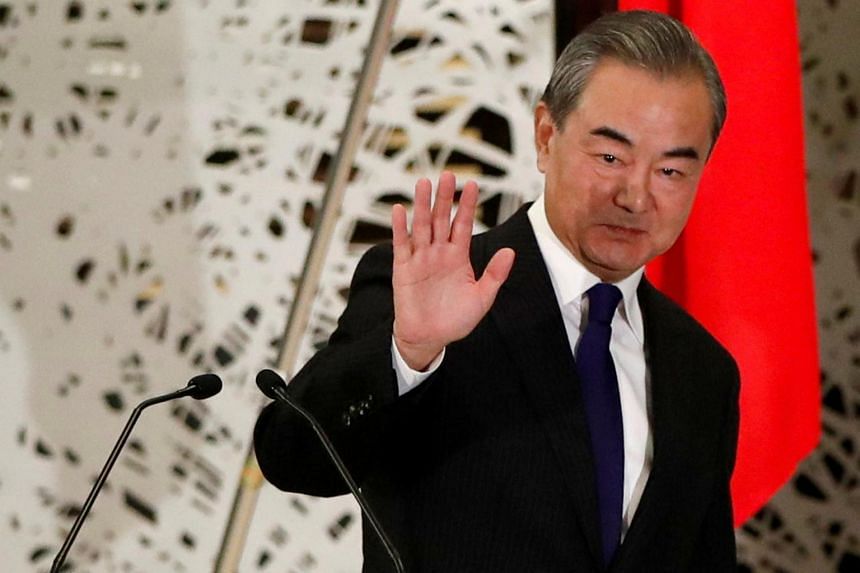 Senior Chinese diplomat Wang Yi called for a reset in relations with the United States days after US President Joe Biden sought a common front with Europe to counter China.

The two countries could work together on issues such as climate change and dealing with the coronavirus pandemic, if relations are repaired, Mr Wang said. Beijing stood ready to reopen constructive dialogue with Washington after relations between the two countries sank to their lowest in decades under former president Donald Trump, China’s foreign minister set at a forum sponsored by the ministry.

He also called on Washington to remove tariffs on Chinese goods and abandon what he said was an irrational suppression of the Chinese tech sector. Mr Wang’s address came just days after Mr Biden called on the US and Europe to work together to counter economic and security challenges from China and Russia, and common challenges like the pandemic. 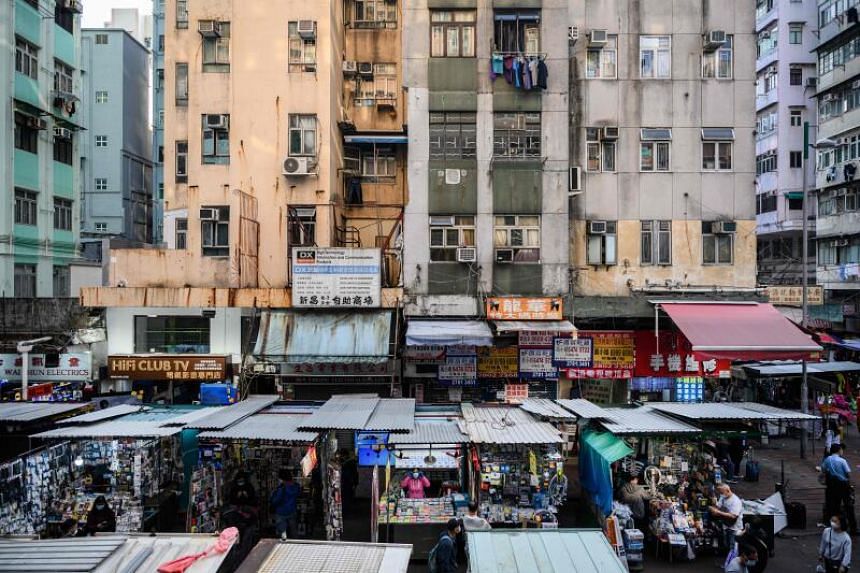 The future of Hong Kong was back in the spotlight after a senior Beijing official said only patriots should govern the city. The remarks were made by Mr Xia Baolong, chief of the Hong Kong and Macau Affairs Office, earlier today, at a Beijing forum. And our Hong Kong Correspondent Claire Huang writes that this is the clearest sign yet that changes could be in the works to the city’s electoral system.

Patriots, Mr Xia said, must safeguard national sovereignty, security, and development interests; respect and maintain the fundamental system of the country and the constitutional order of the special administrative region; and maintain the prosperity and stability of Hong Kong. Those who hold important positions and power in Hong Kong “must be staunch patriots”, he told the audience. 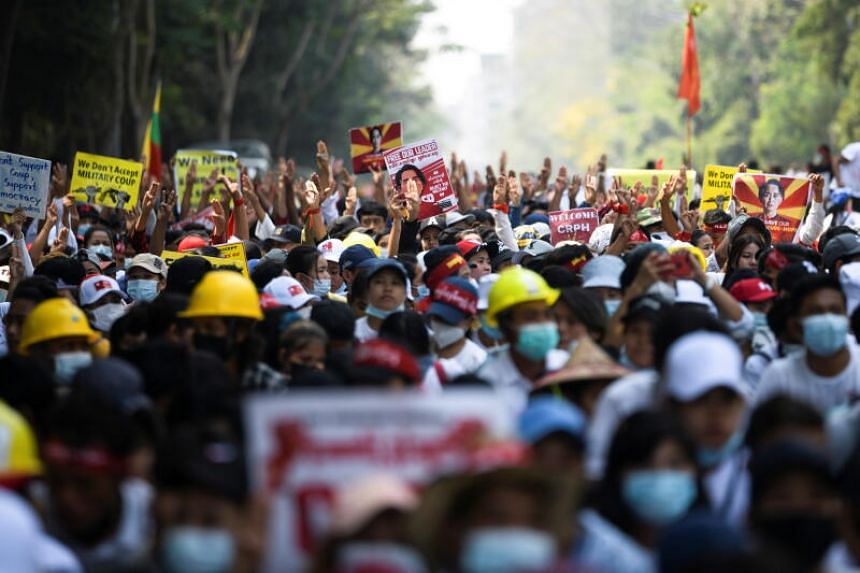 Tens of thousands of people in Myanmar took to the streets in the cities of Yangon and Naypyidaw once again despite warnings from the country’s military that lethal force could be used against those seen as inciting “riots and anarchy”.

Protests commenced soon after the military coup on Feb 1 and have turned noticeably violent in recent days with troops resorting to rubber bullets, tear gas, water cannon and some live rounds on protesters. Two people died over the weekend when security forces opened fire at protesters in the city of Mandalay while a third man was shot dead in Yangon. Earlier, on Friday, the country recorded its first fatality, when a woman who was shot in the early days of the protests succumbed to her injuries.

The junta has blocked internet access for over a week now but this hasn’t deterred protesters. Meanwhile, the US Secretary of State Antony Blinken said the US would keep up “firm action” against Myanmar authorities. 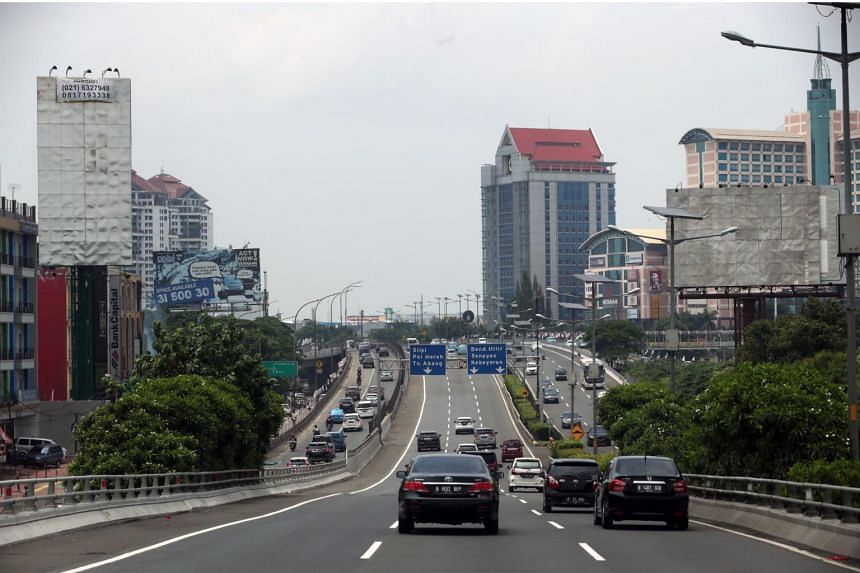 The Indonesian government has issued new rules on investment following the passage of its job creation law last year.

The change will see the negative investment list being replaced by a “priority list”, that offers incentives such as tax allowances or tax breaks on investments in select industries such as geothermal exploration, smelting of ores such as nickel and copper, etc. Tax holidays will also be offered on investments in the pharmaceutical industry and other sectors such as production of electric vehicles.

The changes come as officials try to navigate their way out of the pandemic crisis that resulted in a severe contraction of the Indonesian economy last year, for the first time in two decades. 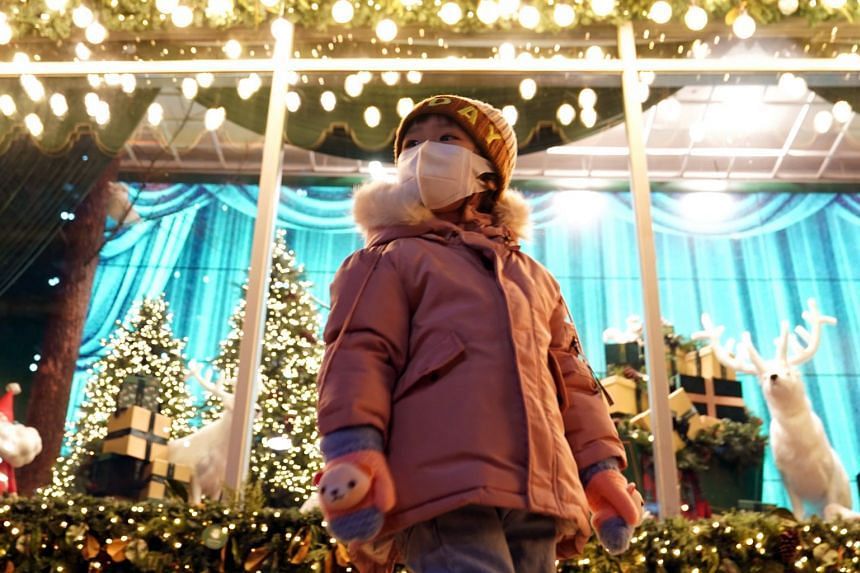 South Korea’s facing a population crisis, with years of government incentives failing to make an impact. The country’s fertility rates declined even further last year, during the pandemic. Several put their marriage plans on hold. Taiwan’s population fell too, for the first time on record last year, as the island progresses towards being an ageing society. The government’s efforts didn’t help. Straits Times Correspondents look at why the storks not visiting in this special report. 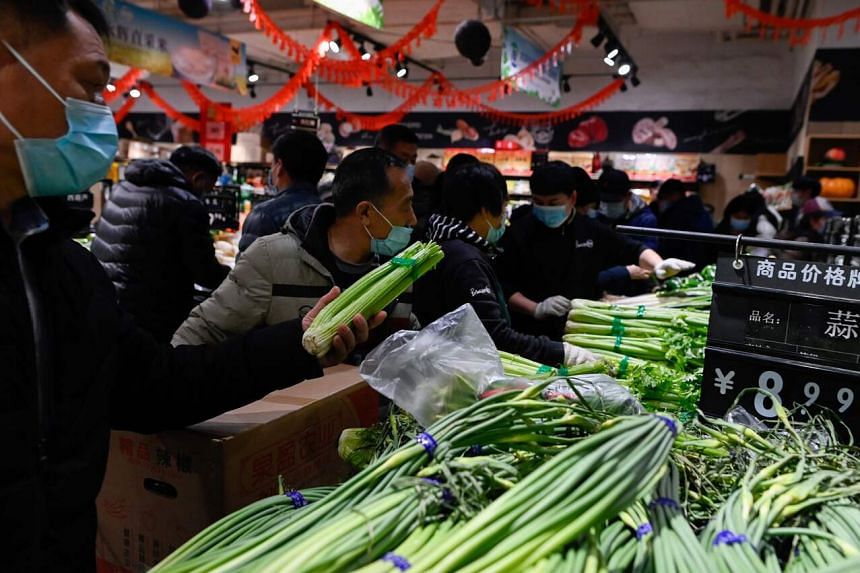 Air New Zealand to trial digital Covid-19 ‘vaccination passport’: Air New Zealand is set to try a digital travel pass to give airlines and border authorities access to passenger health information, including their Covid-19 vaccination status. The scheme, being referred to as a “vaccination passport” by industry observers, is intended to make travel more easily possible once borders reopen. It relies on an app developed by the International Air Transport Association and other airlines, including Etihad and Emirates, have already signed up for their own trials.

China steps up focus on food security: China is set to put greater pressure on its regions to boost grain yields during the 2021-2025 period and step up support for its domestic seed industry as it strengthens its focus on food security, according to its annual rural policy blueprint, known as the “No. 1 document”.

That’s it for today. Thanks for reading The Straits Times and today’s Asian Insider newsletter. We’ll be back tomorrow.

Top stories from The Straits Times on Friday, Oct 18