SYDNEY (Reuters) – Asian shares extended their losses on Monday as a sharp escalation in the Sino-U.S. trade war kept finiancial markets on edge, while the Japanese yen and bonds held near recent peaks as nervous investors stuck with perceived safe havens. 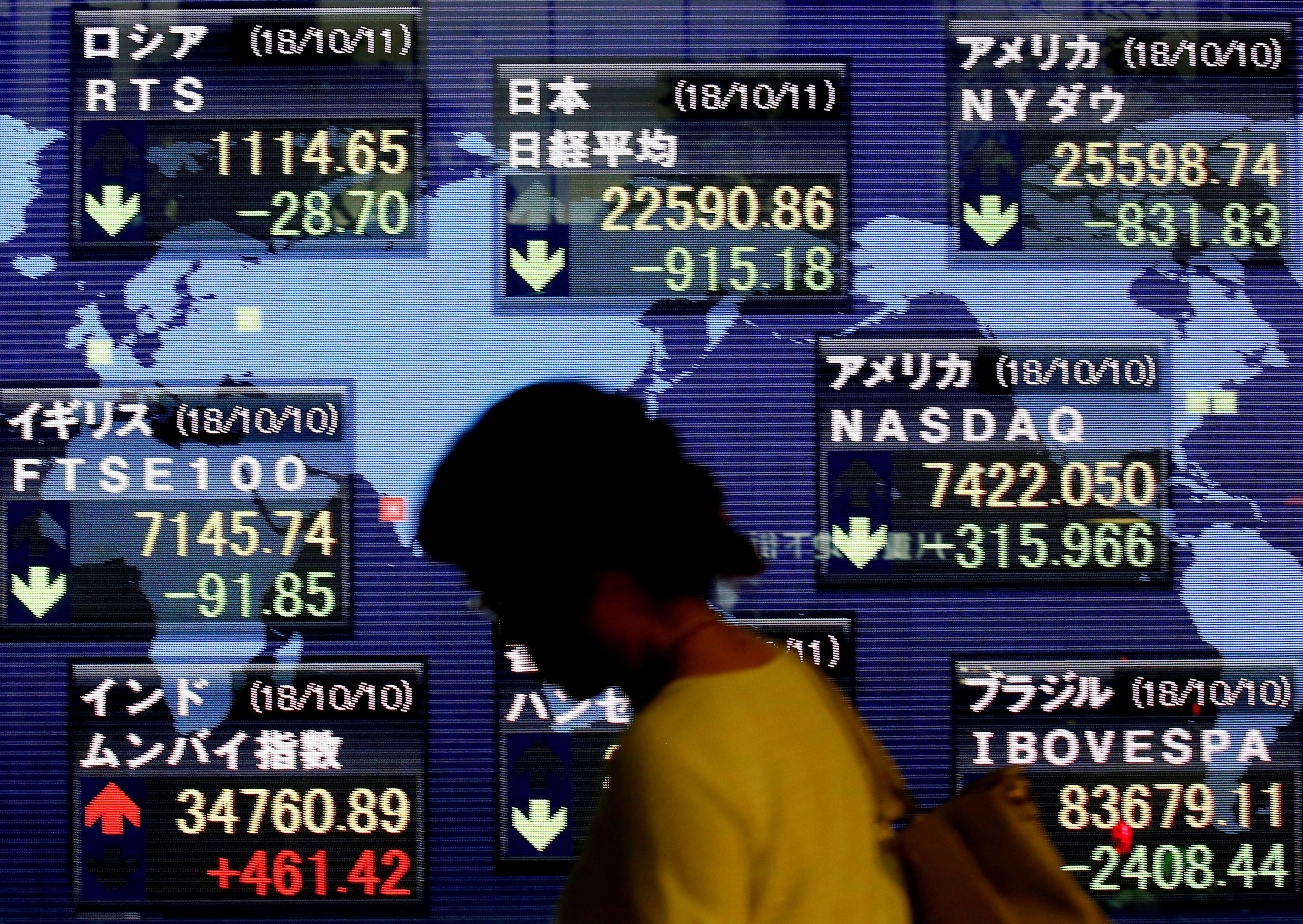 MSCI’s broadest index of Asia-Pacific shares outside Japan fell for a seventh straight day to a two-month trough of 502.83, down 0.25%, marking the longest stretch of losses since October 2018.

Japan’s Nikkei slipped 1.1% to the lowest since early June, while Australian shares were also down for their fourth straight session in the red. South Korea’s Kospi tumbled 1.2% to hit the lowest since Dec.2016.

Oil prices were also pulled down again on demand worries.

The grim mood followed declines on Wall Street on Friday with MSCI’s gauge of world stocks posting its largest weekly loss of the year.

The abrupt escalation capped a critical week for global markets after the U.S. Federal Reserve delivered a widely anticipated interest rate cut and played down expectations of further easing.

However, investors were not buying Fed Chair Jerome Powell’s claim that the 25-basis-point rate reduction was a mere “mid-cycle adjustment to policy”.

Futures are now pricing in deeper cuts than before last week’s Fed meeting. The terminal U.S. rate <0$FF:> is now seen at 1.22%, 93 basis points below the current effective rate.

Expectations of further monetary policy easing sent the dollar skidding. It held near a seven-month trough against the Japanese yen at 106.57 while the dollar index against a basket of six major rivals steadied at 98.08 after two straight days of losses.

The yen and the Swiss franc were boosted by safe-haven demand from the escalating trade tensions. Trump is also eyeing tariffs on the European Union though he hasn’t said anything officially yet.

The euro held firm after two days of gains against the dollar at $1.1113.

Sterling hovered near 2017 lows at $1.2155, pressured by concerns of Britain exiting the European Union without a deal in place. The pound has been whiplashed since late last month when Boris Johnson, a figurehead for the “leave” campaign in the 2016 Brexit referendum, became the country’s prime minister.

The Australian dollar, a liquid proxy for emerging market assets, hovered near a seven-month trough at $0.6792 after losing 1.6% last week. The Reserve Bank of Australia (RBA) will hold its monthly policy meeting on Tuesday where it is widely expected to hold rates at all-time lows of 1%.

US Justice Department probes trades made by lawmakers after coronavirus briefings