The second fire in the area in less than a week kills 10 and injures several others, officials say. 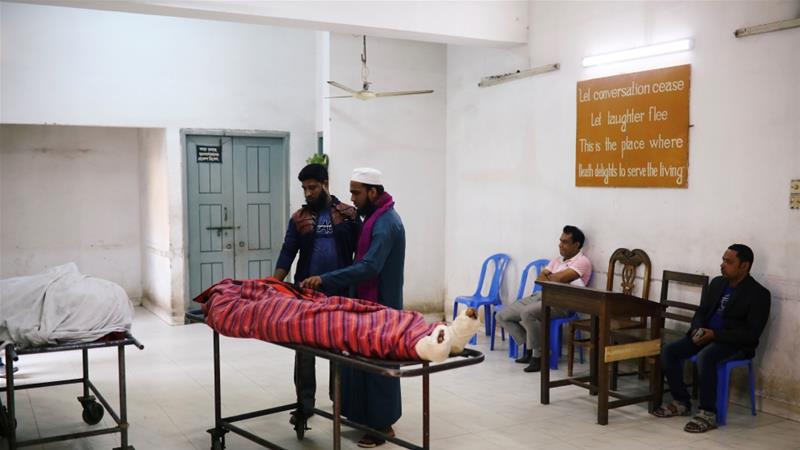 At least 10 people have been killed in a fire at a factory outside Bangladesh’s capital Dhaka, the second deadly factory fire in the area in less than a week, officials have said.

The fire broke out on Sunday evening in the Luxury Fan Factory in the Gazipur area. The bodies of 10 people were recovered after firefighters brought the blaze under control, said fire official Mamunur Rashid.

He said several people were injured but provided no exact figures.

It was not immediately clear how many workers were inside the factory when the fire began or what caused the blaze.

Such fires, many of them occurring in unregulated factories, are common in Bangladesh, which is a major manufacturing hub.

On Wednesday, a fire in a plastic factory near Dhaka killed at least 15 people.

In February this year, a blaze in a historic Mughal building in an old part of Dhaka had killed at least 70 people and injured dozens.

A month later, 26 people were killed after a fire broke out in a high-rise office building in Dhaka, leading to the arrest of two owners for negligence and violations of the national building code.

A June 2010 fire in the nearby neighbourhood of Nimtoli, one of the most densely populated districts of the capital, killed 123 people.

In November 2012, a fire swept through a nine-storey garment factory near Dhaka killing 111 workers. An investigation found it was caused by sabotage and that managers at the plant had prevented the victims from escaping.

Authorities are still carrying out a drive to close down illegal chemical stores and warehouses in apartment buildings, launched after February’s disaster in the old city.

Qantas inadequate cleaning may have exposed flyers to coronavirus