LONDON (Reuters) – Bank of England Governor Andrew Bailey said on Monday that the central bank should start to reverse its quantitative easing asset purchases before raising interest rates on a sustained basis, a reversal of long-standing BoE policy. 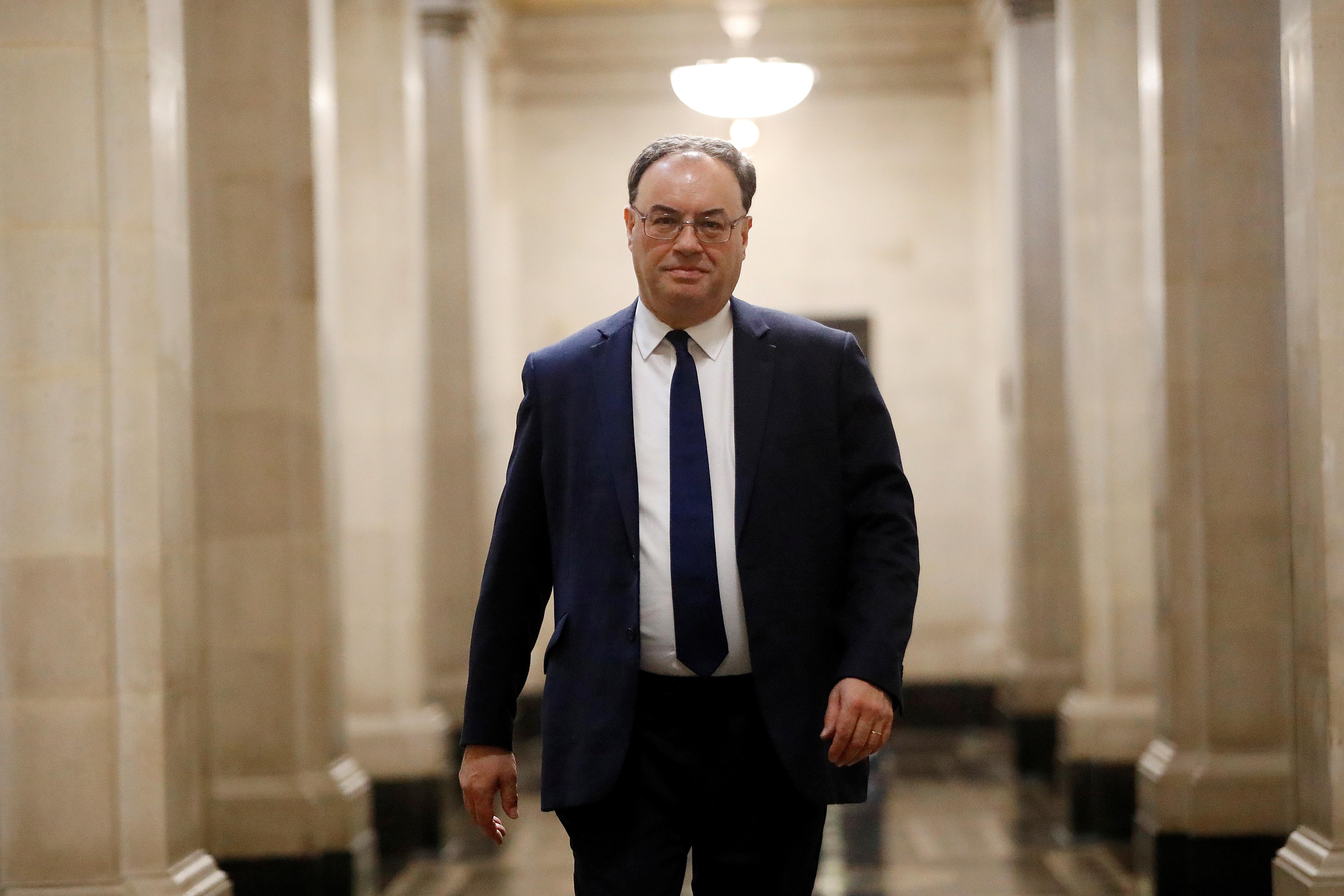 The BoE increased its bond purchase target to 745 billion pounds ($922 billion) last week, and in March it cut its main interest rate to a record low 0.1%. But Bailey said this level of central bank asset purchases “shouldn’t always be taken for granted”.

“When the time comes to withdraw monetary stimulus, in my opinion it may be better to consider adjusting the level of reserves first without waiting to raise interest rates on asustained basis,” Bailey wrote in an article for Bloomberg.

Under its previous governor Mark Carney, the BoE said it would raise interest rates materially before starting to sell past asset purchases back to the market, as it viewed interest rates as a nimbler policy tool.

But since the 2008-09 financial crisis the BoE has never had the opportunity to raise interest rates significantly, and Bailey said he did not want high central bank holdings of government debt to become a permanent feature.

“Elevated balance sheets could limit the room for manoeuvre in future emergencies,” he said.

Bailey also said the central bank wanted to look at the role of money market funds and the risks they had posed to financial markets at the height of recent market disorder in March.

BoE purchases of British public debt since the start of the crisis have outstripped even the record increase in government borrowing needs, prompting some suggestions – rejected by the BoE – that it is underwriting the government’s spending.

“The fact that the predominant borrowers in this emergency are governments – reflecting the essential role of the state in such a crisis – makes no difference to the underlying economics or the importance of keeping borrowing costs in line with objectives,” Bailey said.

“Far from calling into question or suspending that independence, this episode has called for a response from central banks that’s only possible because their independence gives them the freedom to operate,” he added.

Parliament: About 1,000 people asked to return Sirs payouts after errors were found in their applications