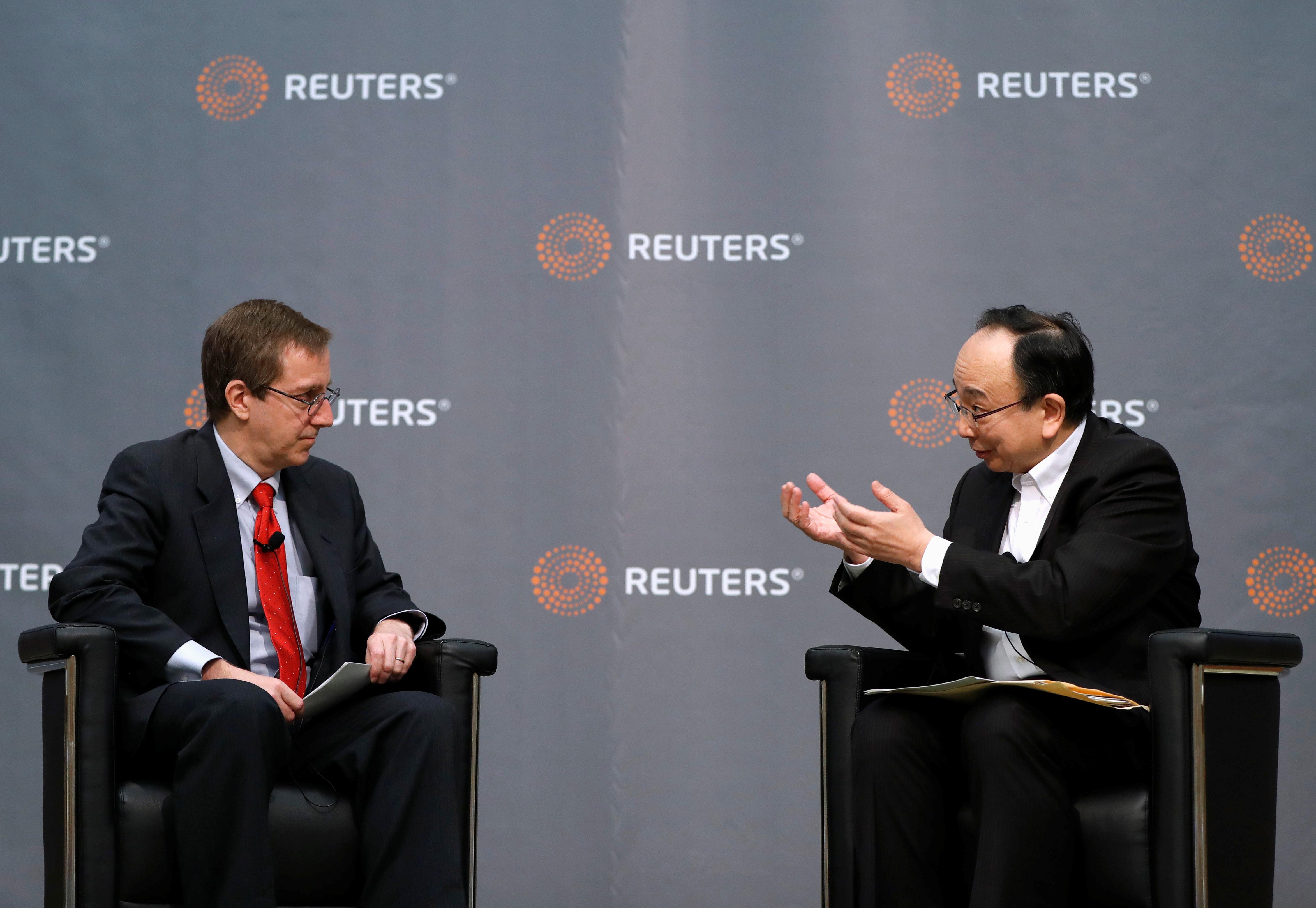 TOKYO (Reuters) – Bank of Japan Deputy Governor Masayoshi Amamiya said on Friday the central bank would not rule out any policy option, including deepening negative interest rates, if it were to expand stimulus further.

“For now, our baseline scenario is that Japan’s economy will continue to expand moderately and gradually push up inflation to our target,” Amamiya said at a Reuters Newsmaker event.

“But there are various downside risks. If such risks hurt the economy’s momentum to achieve our price target, we won’t hesitate to act,” he said.

The BOJ has said if it were to ease, it has four options – deepening negative rates, cutting its 0% long-term bond yield target, ramping up asset buying and accelerating the pace of its money printing.

But financial institutions have criticised the BOJ’s negative rate policy, saying it was hurting their margins and threatening to destabilise Japan’s banking system.

When asked whether deepening negative rates was still among the BOJ’s policy options, Amamiya said: “When we guide monetary policy, we don’t rule out any policy means.”

The BOJ could deploy the four options individually, combine some of them, or modify them from their existing forms, Amamiya said, without elaborating.

Under a policy dubbed yield curve control, the BOJ guides short-term rates at -0.1% and the 10-year bond yield around 0%. It also buys huge amounts of government bonds and risky assets as part of efforts to achieve its elusive 2% target.