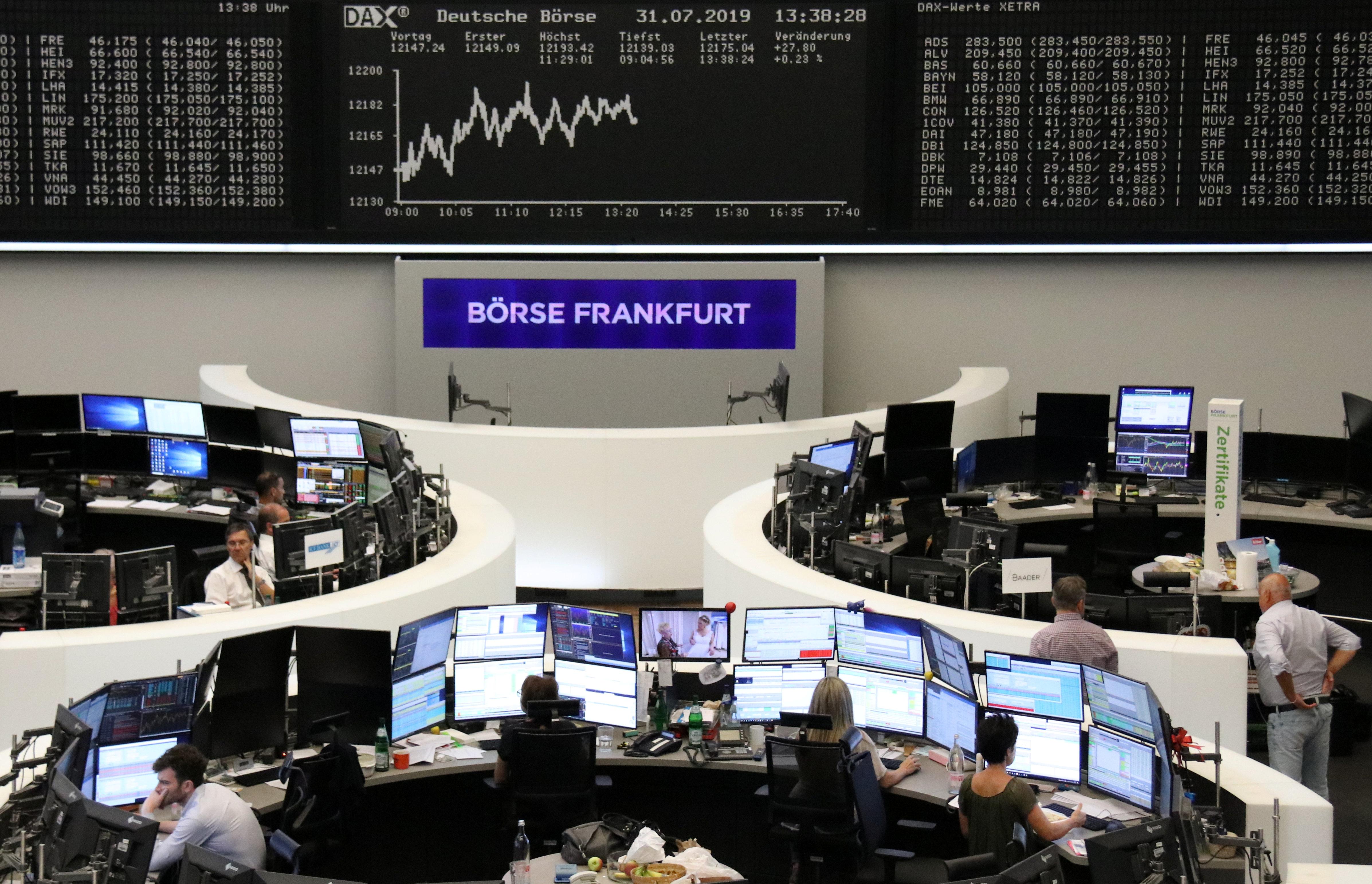 Providing the biggest boost to Europe’s main STOXX 600 , which closed up 0.5%, was a 7% jump in shares of British American Tobacco (BATS.L) after it beat first-half sales forecasts and predicted a stronger second half.

“This seems to be a deal which puts LSE back on the map after a very uncertain period when it was almost bought out and gives it an opportunity to compete with some of the bigger names,” said Craig Erlam, senior market analyst at Oanda.

Reuters News’ parent Thomson Reuters holds a 45% stake in Refinitiv and will own 15% in LSE after the deal.

Barclays climbed 1.2% after it raised its interim dividend. Asia-focused Standard Chartered was up 3.3% following strong first-half profits and France’s SocGen gained 5.8% after it hit its solvency target a year early.

European markets opened in the red following overnight weakness on Wall Street and Asian markets after the Federal Reserve cut interest rates, as expected, but disappointed investors hoping for a clear sign of several more cuts to come to support growth and stock market valuations.

The dent to sentiment from the Fed hurt commodities markets, with a fall in iron ore, copper and oil prices pulling down shares of mining and energy majors. [O/R][MET/L][IRONORE/]

The oil and gas sector slid 1.5%, hit by a slump in shares of Royal Dutch Shell (RDSa.L) after its second-quarter profit dropped to a 30-month low on weaker gas prices and refining margins.

The materials index .SXPP, down 3%, recorded its biggest percentage fall since December 2018, with London-listed shares of Rio Tinto (RIO.L) slipping despite the company reporting a 12% jump in first-half profit and declaring a bumper dividend.

As a result, London’s FTSE 100 .FTSE lagged its European peers. Adding to the gloom there, the Bank of England lowered its growth forecasts for Britain in the face of growing Brexit worries and a slowing global economy. The UK-exposed midcap FTSE 250 .FTMC was down 0.2%.