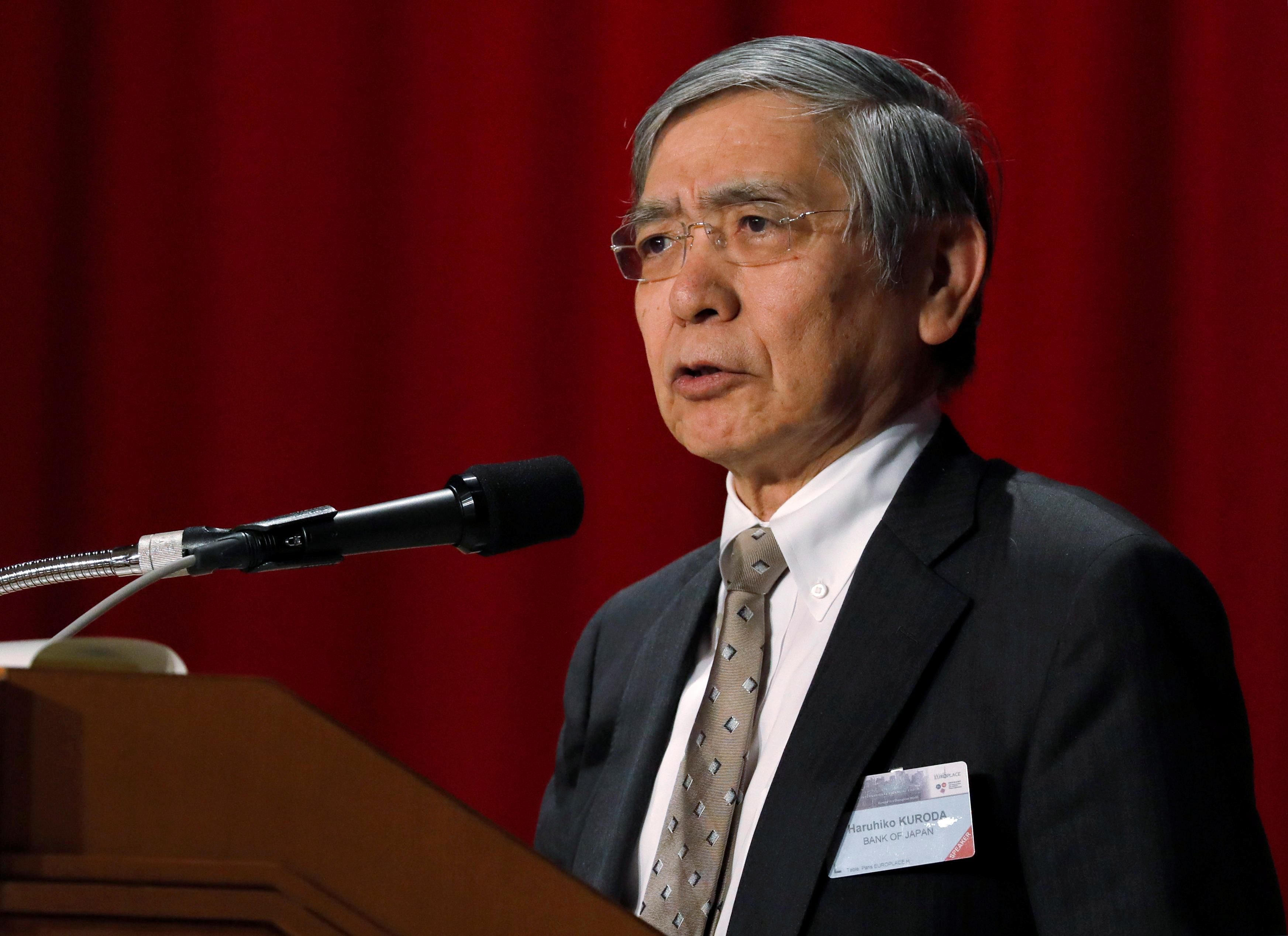 TOKYO (Reuters) – Bank of Japan Governor Haruhiko Kuroda on Tuesday vowed to “patiently continue” the central bank’s “powerful” monetary easing as it was taking longer than previously thought to accelerate inflation to its 2 percent target.

Prices remain weak despite a tight labor market, but the momentum toward 2 percent inflation is intact, Kuroda told lawmakers in parliament.

While continuing its massive monetary stimulus, the BOJ will examine whether the decline in profits at regional banks may undermine financial intermediation, Kuroda added, urging regional banks to step up efforts to reduce costs and extend tie-ups.