Home » Asia » ‘Box’ or Gem? A Scramble to Save Asia’s Modernist Buildings

HONG KONG — When the General Post Office opened on Hong Kong’s waterfront in 1976, a local newspaper predicted that the Modernist-style building would “certainly become as much of a landmark” as its Victorian-era predecessor.

The building — with its white concrete facade, harsh angles and tinted glass — became a fixture of Hong Kong’s downtown. But it was never added to the city’s register of protected landmarks. Now, with Hong Kong officials under pressure to generate revenue, the nearly 12-acre site, which has been valued at over $5 billion, was put up for sale this month.

Supporters of the building are scrambling to save it because whoever buys the land underneath would have every right to tear down the post office.

“Some people in Hong Kong might think it’s just a white box,” Charles Lai, an architect in Hong Kong, a Chinese territory, said on a fall afternoon outside the post office, where people were lined up inside to mail packages.

“But, as a matter of fact, this simplistic aesthetic is exactly where the value is,” he added.

In cities across Asia, residents and design buffs are rallying to save or document postwar buildings that officials consider too new, too ugly or too unimportant to protect from demolition. Many of the structures were municipal buildings that served as downtown hubs of civic life. The campaigns, in a sense, are an attempt to preserve the collective memories stored inside. 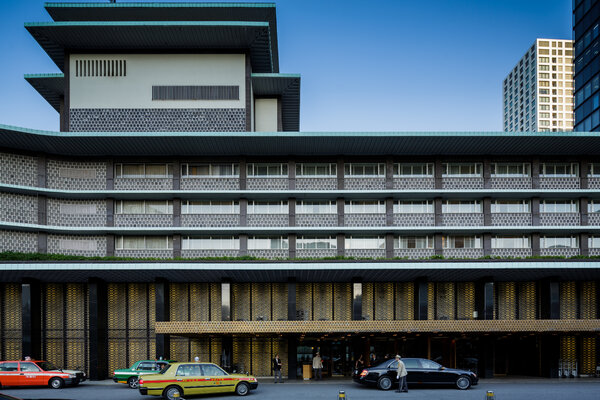 The efforts also reflect an aversion to the generic-looking shopping malls and condominiums that have been replacing Modernist-style buildings across urban Asia, as well as the nostalgia of city dwellers who watch their skylines constantly change.

Mr. Lai said the five-story Hong Kong post office building, designed by a government architect, is interesting because its form defines the functions performed within — a principle of the Modernist movement that was popular from the 1920s to the 1970s. The floors for customers have loftier ceilings and larger windows, for example, than the ones for mail-sorting machines.

“These are places that are part of people’s day-to-day life; they do not necessarily have to be very pretty to be significant,” Haider Kikabhoy, who leads heritage walking tours in Hong Kong, said of the city’s postwar landmarks.

With older buildings, the authorities “tend to focus on the rarity of the architecture or how well designed the building is, or the historical significance,” Mr. Kikabhoy said. “But there are many ways to understand history, and social history is just as important.”

In architecture, modernism was expressed through “Brutalism” and other styles that sought to evoke the conditions of the machine age and relied heavily on concrete as a material. The Barbican Center in London, which opened in 1982, is a classic example of the Brutalist aesthetic — and was once voted the city’s ugliest building.

In Asia, modernism influenced the design of landmarks such as Tokyo’s Hotel Okura, which opened before the city played host to the 1964 Olympics, and the dramatically curved concrete buildings that the architect Leandro V. Locsin designed across the Philippines.

Some of the region’s Modernist structures became instantly famous, but others did not have a following until recently. The interest appears to have stemmed in part from a wider reappraisal of Brutalism in Europe and beyond, and social media buzz as people rediscover their unusual design features.

In some cases, buildings from the mid- to late-20th century generate public interest precisely because they are on the cusp of being demolished.

Since last year, two in Hong Kong — a 1967 office tower and a 1973 hotel — were torn down, a process that prompted reappraisals of their architectural legacy.

In Thailand, ubiquitous symbols of quirky Modernist design — stand-alone movie theaters — have been nearly erased. Several hundred had dotted the landscape during their heyday, in the 1980s, said Philip Jablon, an independent researcher who wrote a book about them. The last one, La Scala, held its final screening in Bangkok in July, prompting cinema buffs to lament the end of an era.

In Cambodia’s capital, Phnom Penh, a decade-long project to document dozens of Modernist buildings found that the majority had been destroyed or modified amid a wave of construction funded by overseas developers, said Pen Sereypagna, a Phnom Penh architect involved in the research effort.

About 30 of the buildings were designed by Cambodia’s best-known architect, Vann Molyvann, who studied modernism in Paris with disciples of Le Corbusier.

In a few cases, interest in Modernist buildings has translated into conservation victories.

This summer, a conglomerate agreed to preserve Hong Kong’s State Theater, a quirky 1952 movie house, as part of a redevelopment project. (Mr. Kikabhoy, who lobbied for the building to be saved, is now a paid consultant for the conglomerate, New World Development.)

In Singapore, the Urban Redevelopment Authority said in October that it would propose a plan to conserve Golden Mile Complex — a hulking, mixed-use building completed in 1973 that the Dutch architect Rem Koolhaas once praised as a “unique work” — as part of a redevelopment of the site on which it sits.

Even though not every Modernist building in Singapore deserves to be saved, said Karen Tan, the founder of the local design consultancy, Pocket Projects, the conservation plan for Golden Mile Complex is an “actual endorsement of the importance of such buildings to the nation’s social and cultural identity.”

Historically, she added, the city state’s model of urban development has been “biased toward a very tabula rasa, tear-down-and-rebuild sort of approach.”

Hong Kong has occasionally agreed to preserve Modernist buildings scattered across its downtown. Among them are the Police Married Quarters, a 1951 building that once housed married police staff members and their families, and The Murray, a 1969 government building whose tiled grid rests on giant white arches.

The site is politically delicate because it lies at the heart of Hong Kong’s waterfront, near property owned by the People’s Liberation Army, at a moment when the Chinese government is cracking down on the territory’s pro-democracy movement and enforcing a national security law that took effect over the summer.

Supporters of the building expect the buyer to be a mainland Chinese developer who may not be inclined to preserve a relic of the territory’s British colonial period, which ended in 1997.

Katty Law, a prominent advocate for the city’s Modernist architecture, said of the post office: “They’re looking at the money side, the floor area they can generate and how much the developer can build. They’re not looking at the building.”

A planning brief calls for some postal facilities to be included in any new construction on the site, but advocates say the existing post office itself has worth.

They are appealing to the city’s Antiques Advisory Board to reverse its 2013 decision to exclude buildings built in 1970 or later from being considered for conservation status. Buildings like the General Post Office, they say, could be earmarked for “adaptive reuse” in a way that generates new income — just as The Murray became a luxury hotel and the Police Married Quarters were transformed into a warren of upscale boutiques.

Hong Kong’s Development Bureau said in a brief statement that the advisory board’s policy had not changed. So the post office building may be in its twilight.

Mr. Lai, the Hong Kong architect, said he was not sure what to think of the government’s stance on the building.

“The government kind of treats this, either intentionally or unintentionally, as something that’s replaceable,” he said. “They don’t really see it as a symbol or a landmark, which makes people think: ‘Are you doing that intentionally, to erase colonial history, or are you simply not able to see the value?’”

China orders self-quarantine in capital as nation returns to work