SINGAPORE – A fire broke out at Block 185C Rivervale Crescent in Sengkang on Tuesday night (Sept 14).

The Singapore Civil Defence Force (SCDF) said on Facebook that it was alerted to the fire at about 9pm.

SCDF firefighters arrived as the fire was raging in a unit on the third storey. They were equipped with breathing apparatus sets when they entered the smoke-filled unit.

The fire involved the contents of a bedroom and was extinguished by SCDF with one water jet. The rest of the unit suffered heat and soot damage.

Photos in SCDF’s post show a bed with what appears to be the burnt remains of a personal mobility device (PMD) and a charred living room.

Three occupants had left the affected unit before SCDF arrived. Two of them were taken to Singapore General Hospital, and one to KK Women’s and Children’s Hospital, to be checked for smoke inhalation and/or burn injuries, SCDF said.

The police evacuated 10 residents from neighbouring units as a precautionary measure.

No other injuries were reported.

SCDF’s preliminary investigation into the cause of the fire indicated that it was of electrical origin from a PMD battery that was being charged in the bedroom.

PMD-related fires went down from 102 in 2019 to 42 last year. This year’s number is still being tabulated.

SCDF would like to remind the public about preventing PMD fires, with safety tips given in the infographic. 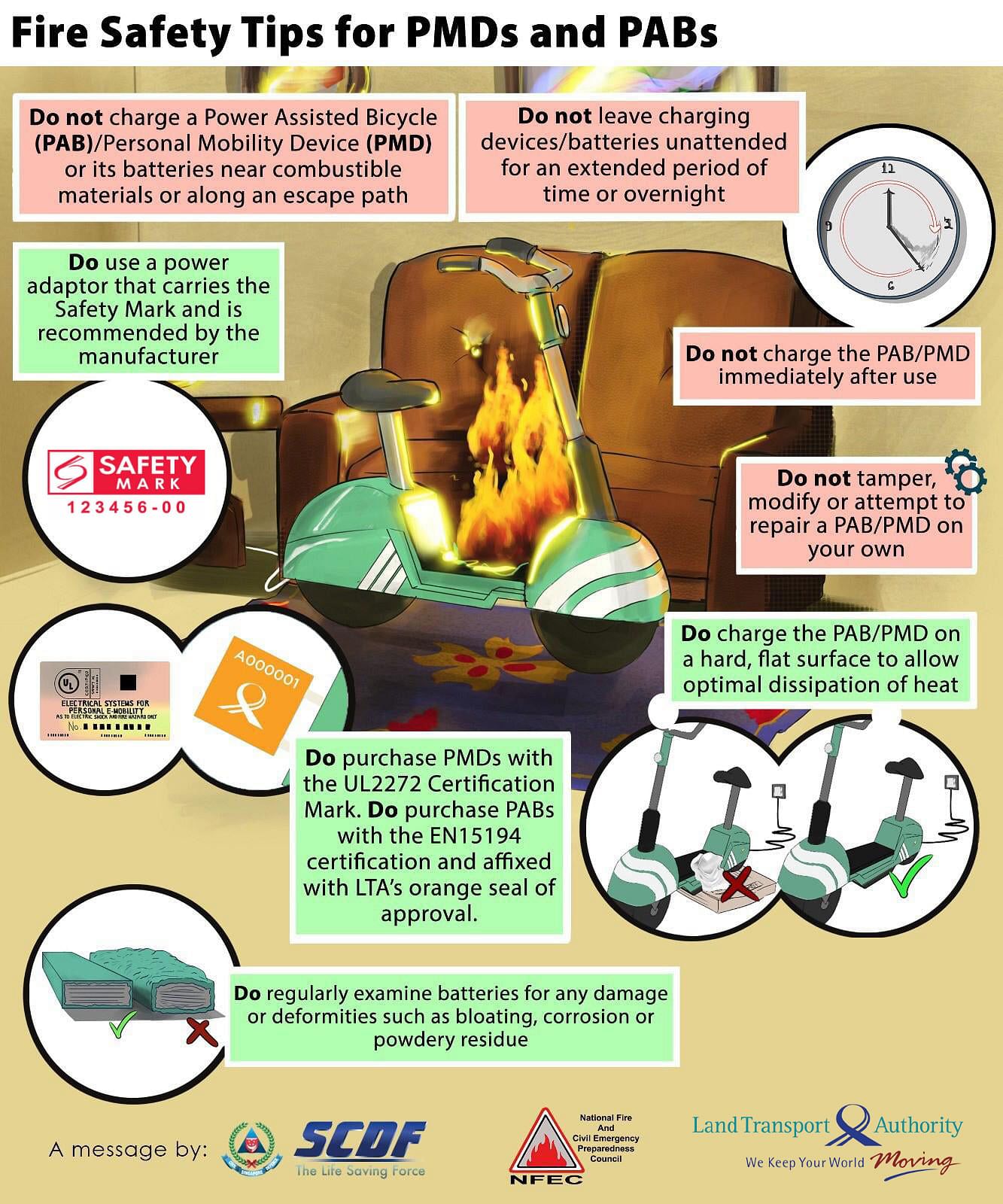 In a Nike factory in Argentina's hinterland, the ghost of Macri's fall

The role of urban forests in climate change