BEIJING (Reuters) – Factory activity in China contracted at the fastest pace ever in February, even worse than during the global financial crisis, highlighting the colossal damage from the coronavirus outbreak on the world’s second-largest economy. 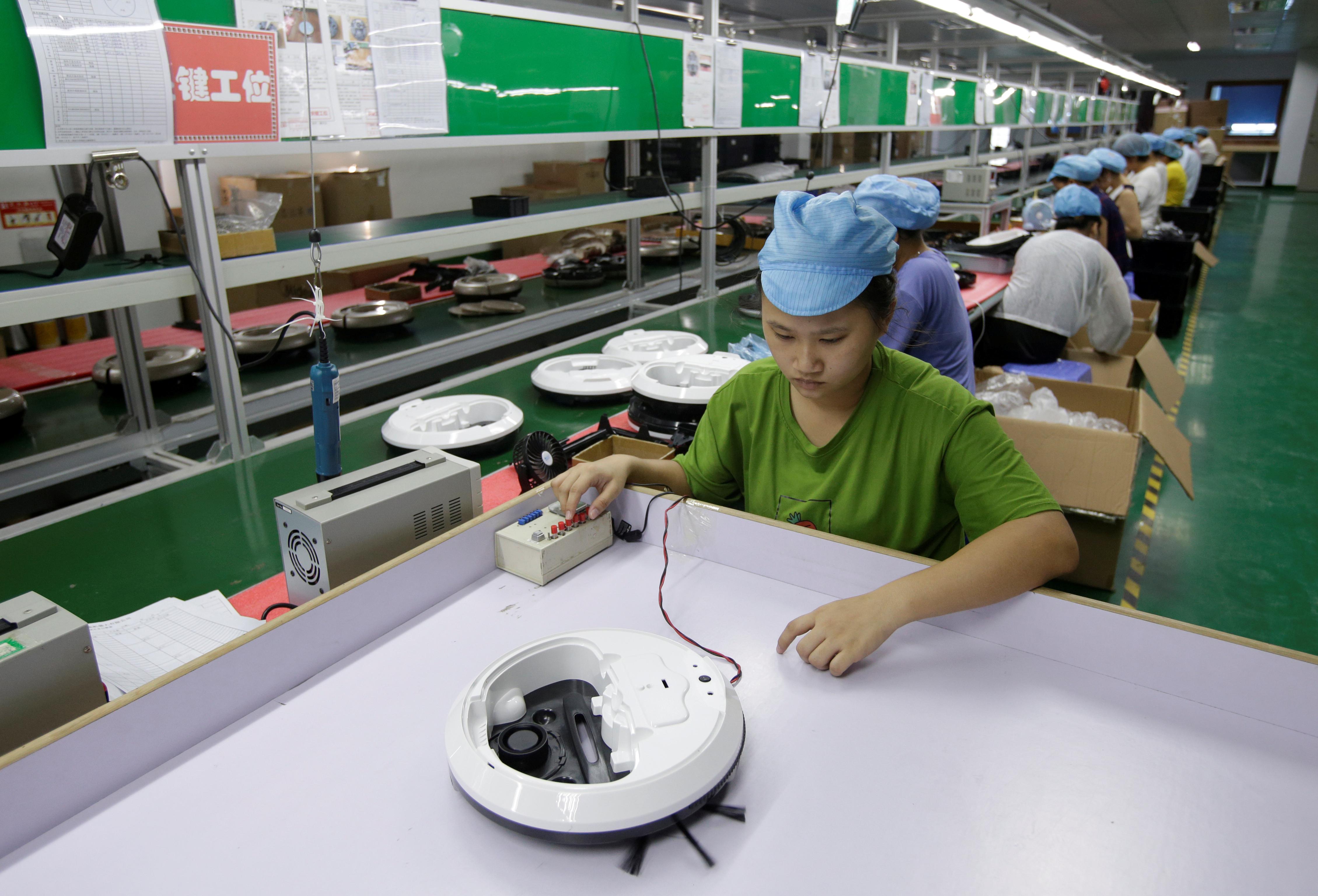 China’s official Purchasing Managers’ Index (PMI) fell to a record low of 35.7 in February from 50.0 in January, the National Bureau of Statistics said on Saturday, well below the 50-point mark that separates monthly growth from contraction.

Analysts polled by Reuters expected the February PMI to come in at 46.0.

The sombre readings provide the first official snapshot of the Chinese economy’s state since the outbreak of the coronavirus epidemic which has killed almost 3,000 people in mainland China and infected about 80,000.

The data foreshadows that the economic disruption from the virus will likely extend to the whole first quarter of 2020 since the disease outbreak has caused widespread transport curbs and required tough public health measures that have paralyzed economic activity.

“We expect year-on-year growth in all activity data to be negative in January-February as China’s economy has been severely constrained since 23 January,” said analysts at Nomura in a note after the data release, citing the extended Lunar New Year holiday and the slow resumption of businesses.

Nomura now expects first-quarter growth to be 2% year-on-year while Capital Economics estimates China’s economy would contract outright in year-on-year terms this quarter, the first time since at least the 1990s.

A sub-index of manufacturing production nosedived to 27.8 in February from January’s 51.3 while a reading of new orders plunged to 29.3, down from 51.4 a month earlier.

New export orders received by Chinese manufacturers also declined at the fastest pace in years, with the NBS warning of mounting pressure on exporters from delayed shipments and canceled orders.

Labour conditions remained tight amid travel restrictions with a sub-reading for employment falling to 31.8 from 47.5.

Analysts are warning the spread of the coronavirus to other countries will impact global supply chains and limit the recovery for Chinese manufacturers.

“Even if labour shortages in China start to ease, some factories may run into problems resuming normal production if outbreaks in other countries mean they have trouble sourcing intermediate goods,” Julian Evans-Pritchard, senior China economist at Capital Economics, said in a note on Friday.

Economists at Morgan Stanley have warned of a pronounced impact on first-quarter global growth, with rising risks of extending into the second quarter.

Beijing has rolled out support measures to help businesses, especially small enterprises that are facing a cash crunch and are key employers.

“These measures…would further boost corporate confidence and accelerate the pace of business resumption. It is expected that March PMIs would show an improvement,” Zhao Qinghe, a senior NBS statistician, said in a commentary, adding that production levels at large and mid-sized firms will rise to 90.8% by end-March.

Production at China’s small- and medium-sized companies was just 32.8% of pre-suspension levels as of Wednesday, according to official data released on Thursday. Some firms that have restarted work are running below normal capacity.

China’s government has called on businesses to resume as soon as possible but many migrant workers, especially in Hubei province which is the center of the outbreak, have not returned to work because of the quarantine rules and travel bans.

China’s service sector activity also contracted by the most ever, with official non-manufacturing PMI dropping to 29.6, from 54.1 in January, a separate NBS survey showed.

The service sector now makes up a larger share of China’s economy than at the time of the 2002/03 SARS coronavirus epidemic, accounting for about 60% of the country’s Gross Domestic Product (GDP).

The transportation, tourism and catering sectors contracted sharply, with sub-readings below 20 in the official survey, as people avoid crowded areas on contagion fears.

A sub-index of construction activity, a key economic driver that Beijing has hoped would prop up growth, plunged to 26.6 from 59.7 in January.

No end in sight to Taiwan's ageing problem; population fell for the first time in 2020