Four days after landing a spacecraft on Mars, China’s space agency released its first photographs from the red planet on Wednesday, announcing that the mission was going as planned.

The four-day wait for the images — one in color, one in black and white, as well as a pair of small video clips — had prompted speculation that something might have gone wrong with the landing on Saturday. When China’s space agency issued a statement in response to those concerns on Tuesday, urging patience, the response online was biting.

“Can’t you learn from NASA propaganda?” one user wrote beneath the statement, seeming to chide the agency with a comparison to NASA’s live broadcasts of its latest mission on Mars, which began in February.

After decades of exploring Mars, NASA has a flotilla of spacecraft in orbit around the planet to relay data from its rovers, Perseverance and Curiosity, that are driving on the surface. The Chinese possess no existing spacecraft infrastructure at Mars to take advantage of.

The Tianwen-1 mission consists of an orbiter, lander and rover that launched in July and arrived at Mars in February. But the orbit that put Tianwen-1 in position to release the lander and rover last week was not ideal for relaying large chunks of data, like images and videos, back to Earth. 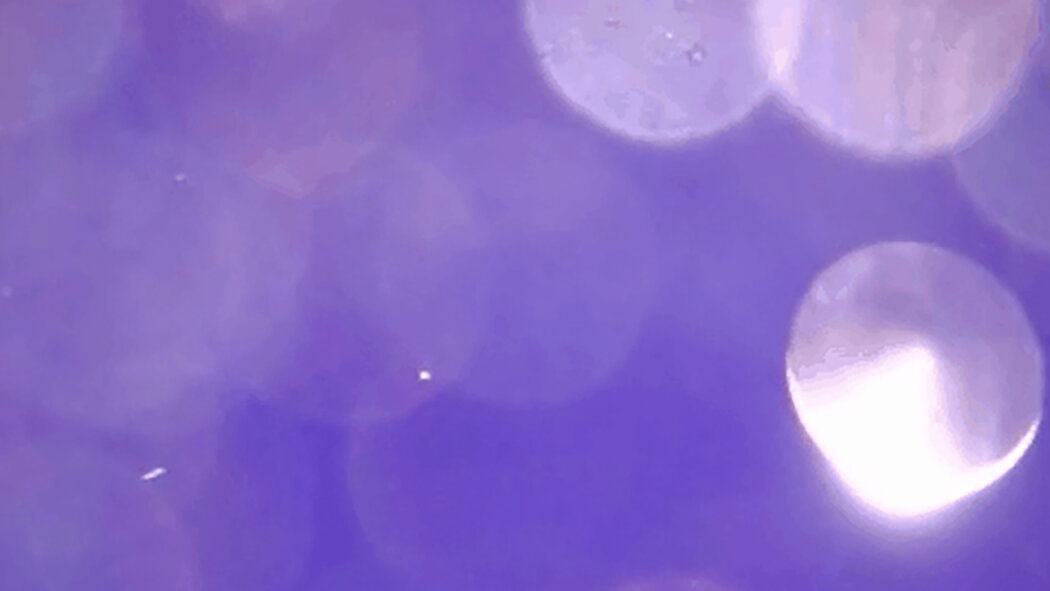 On Monday, the orbiter fired its thrusters, and it now circles Mars once every eight hours instead of two days. That allows more frequent and faster communications with the rover, which has been named Zhurong, after a mythical Chinese god of fire.

The photographs were the first public evidence that China’s lander had successfully reached the surface.

The landing made China only the third nation to touch down safely on Mars, after the United States and, very briefly, the Soviet Union. It was the latest in a series of major milestones, including missions to the moon and the start of construction of a new orbiting space station, that have secured China’s status as a space power. (China may also launch a second module for the space station this week.)

Since the landing craft reached the surface on Saturday, the China National Space Administration had divulged little about the Mars mission’s progress. It said on Wednesday that the components of the lander and the rover, including its solar panels, had “deployed in place normally.” 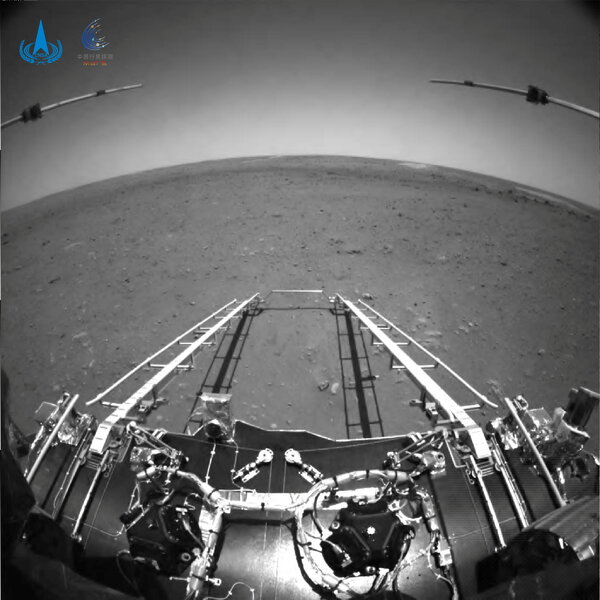 The black-and-white photograph shows the ramp that will guide the rover off the lander to the surface, casting a crisp shadow on the surface. (The horizon’s arc is an effect of the wide-angle lens.)

The other image, in color, shows the rear of the rover and signs that the solar panels that will power the vehicle had unfolded successfully. In the background are the red rocks and soil of Utopia Planitia, the impact basin where NASA’s Viking 2 probe also landed in 1976.

“The landscape is totally different than that of the Viking Lander 2 site, on the northern side of the Utopia Basin, which has lots of boulders and rocks,” said James W. Head III, a professor of geological sciences at Brown University.

The terrain around Zhurong looks flatter and boulderless with some interesting rocks in the foreground but mostly fine-grained sediment, Dr. Head said.

“This could be sediment emplaced in an ancient Mars ocean, and it could be glacial and ice-related materials too,” Dr. Head said.

The Chinese agency also released two brief videos of the lander departing the orbiter that carried the craft to Mars.

Zhurong is carrying a number of instruments to study the planet’s topography, geology and atmosphere. One goal is to understand the distribution of ice in the region, which, in theory, could someday help sustain visits by people. It is expected to drive off the lander in a few days.

In a statement released by NASA on Wednesday, Bill Nelson, the agency’s administrator, congratulated the Chinese space agency on the first images.

“As the international scientific community of robotic explorers on Mars grows, the United States and the world look forward to the discoveries Zhurong will make to advance humanity’s knowledge of the Red Planet,” Mr. Nelson said in the statement.

Go-to counsel for defending lawyers who are in trouble