Home » Asia » China Says It Has Released Most Muslims Held in Camps. That’s Difficult to Prove.

BEIJING — Senior Chinese officials made the surprising announcement on Tuesday that the authorities had released most detainees held in the government’s mass internment program for ethnic minority Muslims in China’s far west, but provided no firm numbers or specific details to support their assertion.

Alken Tuniaz, vice chairman of the government of the region of Xinjiang, said 90 percent of people held in what the government calls vocational training centers had been returned to society. It was a contention that would be nearly impossible to independently verify in the tightly controlled region and flew in the face of accounts of disappearances and detentions that have been compiled by relatives abroad and human rights groups.

Detainees who have been released from the camps say they were subjected to a high-pressure indoctrination program with the goal of removing any devotion to Islam and encouraging loyalty to China and its ruling Communist Party.

The Chinese government’s public relations effort, made in a news briefing with regional officials, was the clearest signal that officials are trying to defuse international criticism over the internment in Xinjiang of as many as one million Uighurs and other ethnic minority Muslims.

Listen to ‘The Daily’: The Chinese Surveillance State, Part 2

Listen to ‘The Daily’: The Chinese Surveillance State, Part 2

We hear from a Uighur American who is fighting to free his relatives from one of China’s mass internment camps.

“Most have already successfully achieved employment,” he said.

Shohrat Zakir, the chairman of the Xinjiang government, also said that as many as 90 percent of inmates at the camps had returned to society.

The officials’ ambiguous wording left room for uncertainty as to how much freedom can be exercised by inmates who have been released. Though they did not detail the circumstances under which detainees were being “returned to society,” it is highly likely that many people supposedly released are in fact still under heavy restrictions or being forced to work at factories run under tight security.

Tahir Imin, a Uighur activist based in Washington, expressed skepticism at the Chinese officials’ suggestion that most detainees had been released. 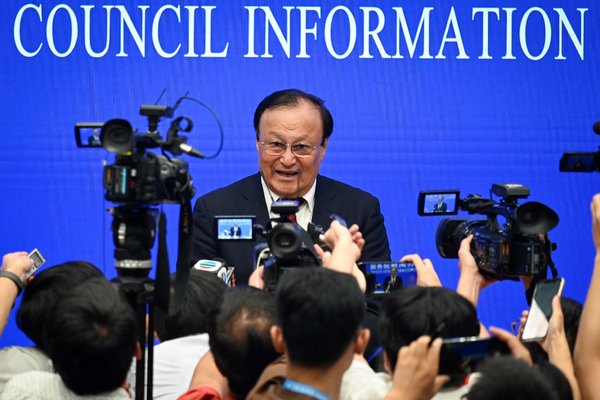 “Uighurs abroad continue to be unable to reach their relatives in the region. No phone calls, no internet communications,” he said. “We are not sure who they released.”

Mr. Imin urged the authorities to remove restrictions on the region and allow independent parties to verify the situation.

“If the Chinese government is honest and confident in what it’s saying to the media, it should allow people to communicate freely and go out of the country freely and allow independent media to visit and investigate freely,” he said.

He added that there were still many accounts of people disappearing across the region, including religious leaders, intellectuals, businesspeople and farmers. 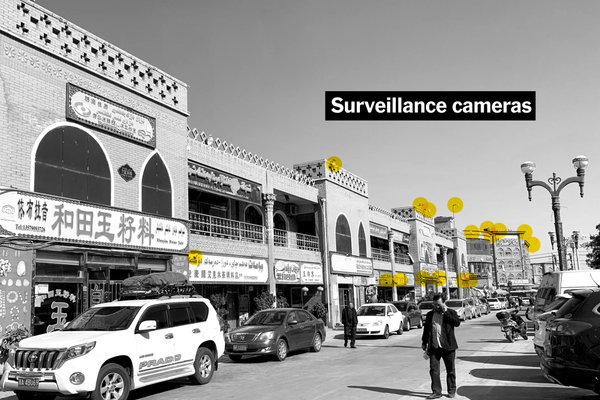 How China Turned a City Into a Prison

“We have credible evidence and facts that show that only women, children and old people are left behind,” he said. “Many young men and fathers are detained.”

The Chinese officials declined to say how many people were held in the camps or how many were released, arguing that the fluid conditions made it difficult to estimate. They said the program of enforced indoctrination — which the government has said is aimed at curbing religious extremism — had been effective.

“These people have become a positive factor in society,” said Mr. Zakir, the regional chairman.

Xinjiang is home to more than 11 million Uighurs, a largely Muslim minority, and their treatment has become a global human rights controversy under President Xi Jinping. Western governments, United Nations human rights experts, and advocates of Uighur self-determination have condemned the increasingly harsh restrictions on many Uighurs, especially their detention by the hundreds of thousands in re-education camps across Xinjiang.

James Leibold, an associate professor of politics at La Trobe University in Australia who has studied the wave of mass detentions in Xinjiang, said there was “patchy evidence” of small numbers of releases from the camps. But he said he was skeptical of mass releases, in part because evidence had not filtered out to Uighurs living abroad.

Instead, Professor Leibold said, increasing numbers of camp inmates may be assigned work in factories often linked to the camps, where they also live under heavy guard.

“I find it highly unlikely, and frankly inconceivable, that the Chinese Communist Party would build this massive network of internment camps and then simply mothball them a couple of years later,” Professor Leibold said by email.

“Rather the purposes of the camp were perhaps always meant to evolve over time, shifting from education to production, while their coercive, nonvoluntary, and extrajudicial nature remains the same,” he wrote.

Mr. Zakir is Xinjiang’s most senior Uighur official, and has repeatedly served as the public face defending Chinese government policies in the region, including the re-education camps, which rapidly expanded starting in 2017. By contrast, Chen Quanguo, the more powerful Communist Party secretary of the region, has stayed in the background.

In October, party officials began to publicly acknowledge and defend the camps, many of which are large, prisonlike facilities behind walls. In March, Mr. Zakir likened them to boarding schools where inmates — who include some of the most prominent Uighur intellectuals — also learn Chinese and useful job skills.

The Chinese government says that the camps and other sweeping security measures have extinguished bloody antigovernment attacks by Uighurs. But critics say that the mass detentions of Uighurs and other Muslim minority groups are sowing bitterness that could be even more dangerous.

Earlier this month, a group of 22 countries, including Australia, Britain, Canada, France and Germany, issued a statement urging China to halt the mass detention of Uighurs and other Muslims. China struck back with a letter signed by 37 ambassadors from countries in Asia, Africa, the Middle East and Latin America who praised its human rights record, including the “de-radicalization” policies applied in Xinjiang.

Tesla gets approval to start manufacturing in China