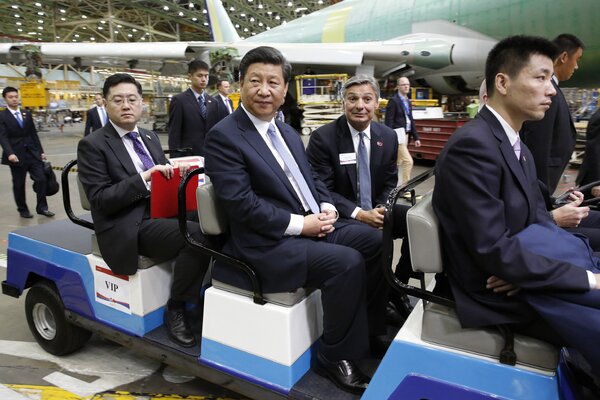 China’s new ambassador to the United States arrived in Washington on Wednesday — Qin Gang, a diplomat whose record of vigorously contesting Western criticism suggests that Beijing is steeling for extended tensions with Washington.

In his new role, Mr. Qin will be at the front of efforts by China’s top leader, Xi Jinping, to reshape China’s relationship with Washington, which has spiraled to its lowest point in decades. Beijing sees the Biden administration as continuing to challenge China’s rise, and it has pushed back against Washington’s efforts to rally democratic countries to its side.

Mr. Qin will most likely convey to Washington that Mr. Xi expects his country to be treated as a great power, reflecting a confidence that stems in part from China’s success in controlling the coronavirus epidemic. Chinese diplomats showed that emboldened posture this week in talks with the Deputy Secretary of State Wendy R. Sherman, and in March, when they publicly sparred with Biden administration officials in an unusually rancorous opening encounter in Anchorage.

In a message on the Chinese Embassy’s website, Mr. Qin said that both countries should “treat each other with mutual respect and equality, and pursue peaceful coexistence and win-win cooperation.”

Unlike nearly all of China’s ambassadors to Washington since the 1980s, Mr. Qin has never specialized in dealing with the United States, nor has he been posted there previously. But as the head of the information office of the Chinese Foreign Ministry, and later the chief of protocol, Mr. Qin appears to have won the trust of Mr. Xi and has regularly accompanied him during trips abroad and in meetings with foreign leaders.

“For the last 20 years you’ve had a string of America experts posted to Washington,” Mr. Thompson, who now teaches at the National University of Singapore, said in an interview. “Somebody whose career has been staked more on upholding the dignity and equal treatment of Chinese senior leaders will come to the job potentially with a different mind-set.”

During Mr. Xi’s visit to the United States in 2015, Mr. Qin was “willing to ruffle feathers without hesitation when he felt it was necessary,” said Ryan Hass, a senior fellow at the Brookings Institution who was director for China at the National Security Council during Mr. Xi’s visit.