SINGAPORE – Chilling footage of an emaciated domestic worker being grabbed by the hair and shaken like a rag doll was played in court on Tuesday (Feb 23).

Her Singaporean employer, the wife of a police officer, admitted that she had starved, tortured and ultimately killed her 24-year-old Myanmar helper.

Prosecutors are seeking life imprisonment for Gaiyathiri Murugayan, 40, after she pleaded guilty to 28 charges, the most serious being one of culpable homicide.

For close to 10 months, the maid, Ms Piang Ngaih Don, was physically assaulted almost daily, deprived of food and rest, and made to shower and relieve herself with the toilet door open.

In the last 12 days of her life, she was tied to the window grille at night while she slept on the floor.

The Myanmar national weighed 24kg when she died on July 26, 2016, from the final assault, having lost 38 per cent of her body weight since she started working for the family on May 28, 2015.

The ordeal she suffered in the last month of her life was captured on CCTV cameras that Gaiyathiri and her husband, Kevin Chelvam, 41, had installed in various parts of their Bishan flat to monitor the maid and their two children.

In one incident, the couple’s one-year-old son could be seen toddling around as his mother assaulted the maid.

Gaiyathiri’s mother, Prema S. Naraynasamy, 61, who often stayed at the flat, was also seen in the footage.

Both Prema and Chelvam face multiple hurt-related charges in connection with the victim. Their cases are pending in the State Courts.

The defence is seeking a global jail term of 14 years for Gaiyathiri, noting she developed major depressive disorder while she was pregnant with her son, and this amplified her obsessive compulsive personality disorder.

But prosecutors argued that her psychiatric condition had already been taken into account when the charge related to Ms Piang’s death was reduced from murder to culpable homicide.

Justice See Kee Oon will give his decision on the sentence at a later date. 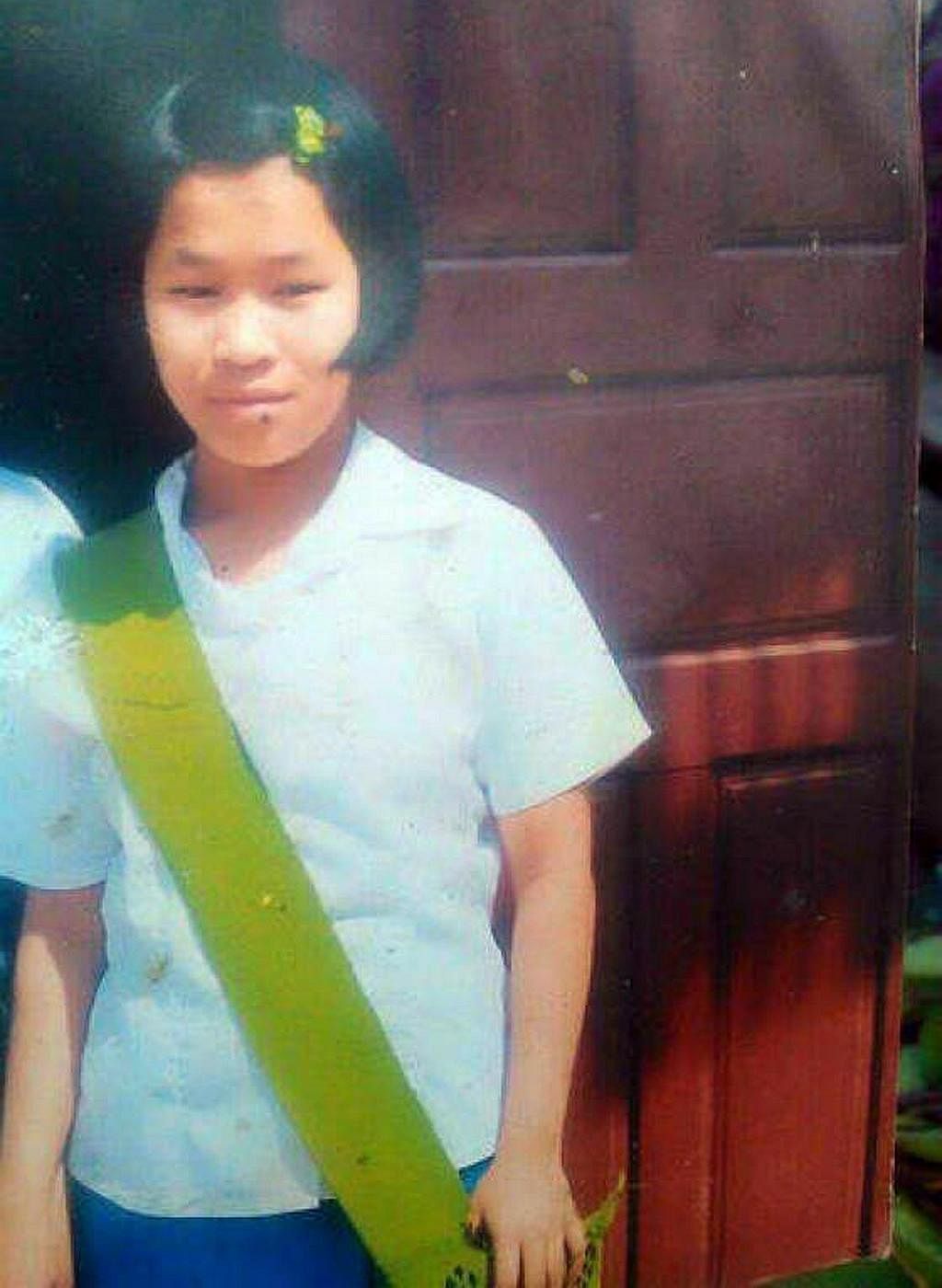 The court heard that Ms Piang, who had a three-year-old son, was working outside Myanmar for the first time and was not allowed to have a mobile phone or have any day off.

Gaiyathiri was unhappy with her performance and felt she was slow, had poor hygiene practices and ate too much.

She established a set of rules involving hygiene and order, and would shout when she felt Ms Piang was being disobedient. This escalated to physical abuse in October 2015.

CCTV footage showed Gaiyathiri pouring cold water on Ms Piang, slapping, pushing, punching, kicking her and stomping on her while she was on the ground.

She also hit Ms Piang with objects like a plastic bottle or metal ladle, pulled her from the ground by the hair, burned her with a heated iron and choked her.

The maid’s meals often comprised sliced bread soaked in water, cold food straight from the refrigerator or some rice at night.

She was allowed to sleep for only about five hours a night and did her chores wearing multiple layers of face masks as Gaiyathiri found her unhygienic.

Between 11.40pm and 11.55pm on July 25, Gaiyathiri assaulted Ms Piang for being too slow in doing laundry.

Gaiyathiri and Prema then took turns to pour water on her and assaulted her together, and left her tied to the window grille without any dinner.

Between around 4.55am and 5am, Gaiyathiri repeatedly kicked and stomp on Ms Piang’s head and neck area repeatedly, grabbing her by the hair and pulling her head back such that her neck extended backwards twice, and choking her repeatedly.

At 7.30am, Ms Piang was found motionless, and Chelvam left for work.

After failing to revive her, Prema suggested they call for a doctor.

Gaiyathiri called a nearby clinic between 9.30am and 9.45am and asked for a house call, lying to the nurse she found the victim on the kitchen floor.

Dr Grace Kwan, through the nurse, suggested calling for an ambulance but Gaiyathiri insisted on waiting for the doctor.

While waiting, the two women changed Ms Piang out of her wet clothes and carried her to the living room sofa.

When Dr Kwan arrived at about 10.50am, she told both women the maid was dead, but they expressed shock and lied that she had moved just minutes earlier.

Dr Kwan insisted they call the police but Gaiyathiri asked for some time to call her husband.

When the doctor asked Gaiyathiri if she had beaten the victim, she denied doing so.

After a few minutes, Dr Kwan called for an ambulance.

Paramedics arrived at about 11.30am and pronounced Ms Piang dead.

An autopsy report found a total of 31 recent scars and 47 external injuries all over the maid’s body.

It found that the repeated choking of the victim on July 25 had led to oxygen deprivation to the brain, which resulted in death.

'Sorry for the inconvenience': Hong Kong protesters apologise for disruptions at airport

Bank of England to tackle investors' 'fetish for liquidity'