(Reuters) – A growing number of countries around the world are evacuating or planning to evacuate diplomatic staff and citizens from parts of China and a cruise ship in Japan hit by the new coronavirus.

Following are some countries’ evacuation plans, and how they aim to manage the health risk from those who are returning.

– Taiwan said on Feb. 18 it would charter a plane to evacuate its citizens from the Diamond Princess cruise liner quarantined off the Japanese port of Yokohama. It evacuated 247 of the estimated 500 Taiwanese stranded in Wuhan on Feb. 3.

– Australia will evacuate more than 200 of its citizens and an unspecified number of New Zealand citizens onboard the Diamond Princess cruise ship in Japan. The passengers will depart on Wednesday and will be required to be quarantined for another 14 days.

– Nepal on Sunday evacuated 175 of its nationals from Wuhan.

– A plane chartered by Canada has left for Japan to evacuate its nationals aboard a virus-hit cruise ship off Yokohama, TV Asahi reported on Feb. 18, citing a tweet by Canada’s foreign minister. After arriving in Canada, the passengers will undergo a 14-day period of quarantine, according to a government statement.

– Canada, after evacuating 215 people earlier, flew back 185 Canadians from Wuhan on Feb. 11. All evacuees are quarantined on the Trenton, Ontario base for two weeks.

– The United States flew back over 300 Americans who had been stuck on a cruise ship affected by the coronavirus. They will face two more weeks of quarantine after spending the previous 14 days docked in Japan.

– Hong Kong said it will send an aircraft to Japan to bring back passengers from a quarantined cruise ship, which has seen the most coronavirus infections outside of China.

– The United States authorized the voluntary departure of its government employees and their family members from Hong Kong on Feb 11. On Feb. 6, two planes with about 300 passengers, mostly U.S. citizens, took off from Wuhan for the United States, the State Department said.

– A second evacuation flight is bringing back another 174 Singaporeans and their family members from Wuhan to the city state on Feb. 9, Singapore’s foreign ministry said.

– Thirty Filipinos returned to the Philippines on Feb. 9 from Wuhan, the Department of Foreign Affairs said. The returning passengers and a 10member government team will be quarantined for 14 days.

– Britain’s Foreign Office said on Feb. 18 it is working to organise a flight to Japan to evacuate its nationals from a cruise ship hit by the coronavirus. Britain’s final evacuation flight from Wuhan, carrying more than 200 people, landed at a Royal Air Force base in central England on Feb. 9. A plane carrying 83 British and 27 European Union nationals from Wuhan landed in Britain last week.

– Uzbekistan has evacuated 251 people from China and quarantined them on arrival in Tashkent, the Central Asian nation’s state airline said on Feb. 6.

– The 34 Brazilians evacuated from Wuhan landed in Brazil on Feb. 9, where they will begin 18 days of quarantine.

– Italy flew back 56 nationals from Wuhan to Rome on Feb. 3. The group will spend two weeks in quarantine in a military hospital, the government said.

– Indonesia’s government flew 243 Indonesians from Hubei on Feb. 2 and placed them under quarantine at a military base on an island northwest of Borneo.

– Japan chartered a third flight to repatriate Japanese people, which arrived from Wuhan on Jan. 31, bringing the number of repatriated nationals to 565.

– Kazakhstan, which previously evacuated 83 people from Wuhan, will send two planes to China on Feb. 10 and Feb. 12 to evacuate its citizens. Out of 719 Kazakhs remaining in China, 391 have asked to be repatriated.

– Spain’s government is working with China and the European Union to repatriate its nationals.

– Russia said it would begin moving its citizens out of China via its Far Eastern region on Feb. 1, regional authorities said. It plans to evacuate more than 600 Russian citizens currently in Hubei, Deputy Prime Minister Tatiana Golikova said. A first Russian military plane took off on Feb. 4 to evacuate Russian citizens from Wuhan, the RIA news agency reported. 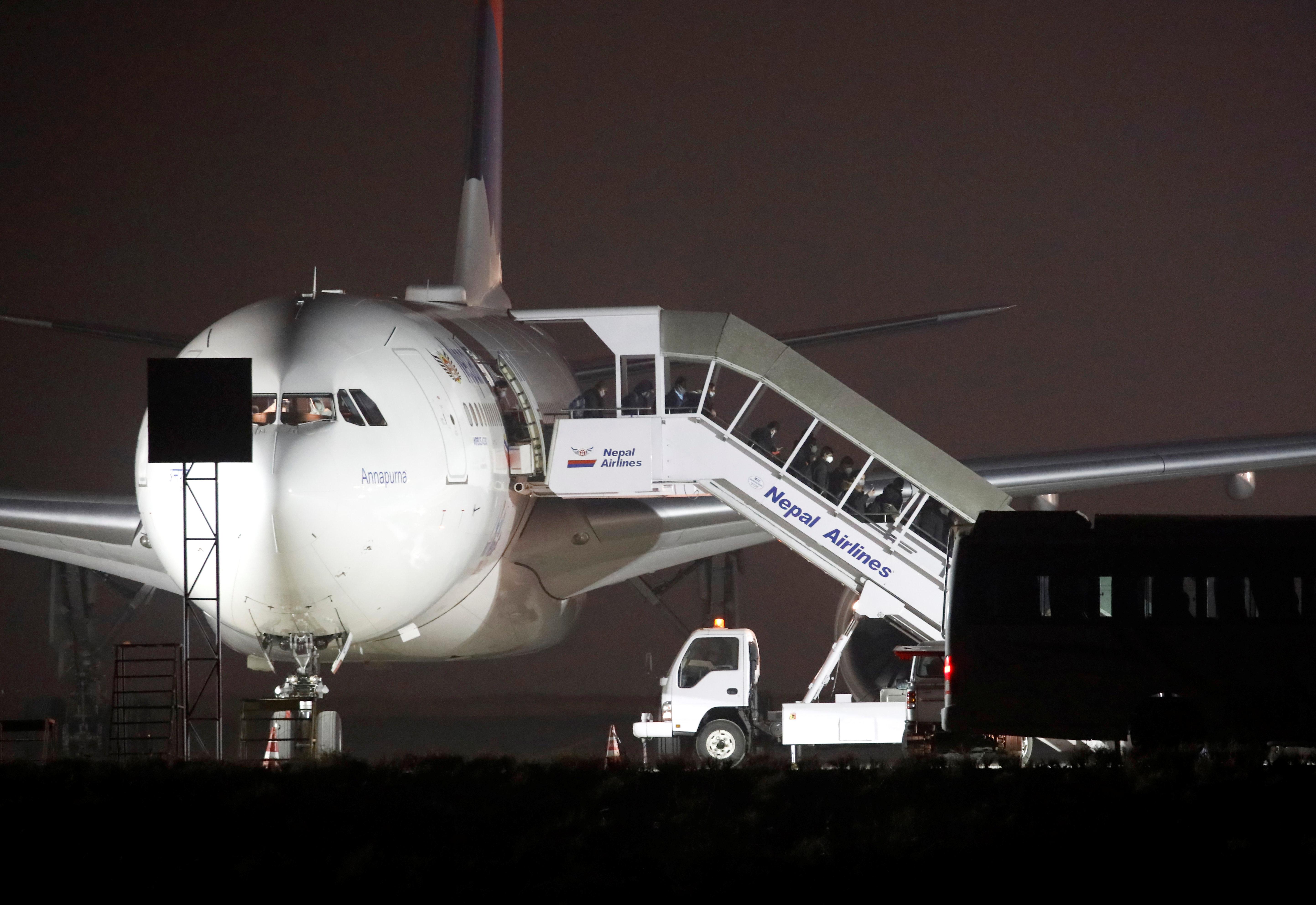 – Swiss authorities said they hope to have about 10 citizens join the French evacuation of nationals from China.

– A plane brought 138 Thai nationals home from Wuhan on Feb. 4. They will spend two weeks in quarantine.