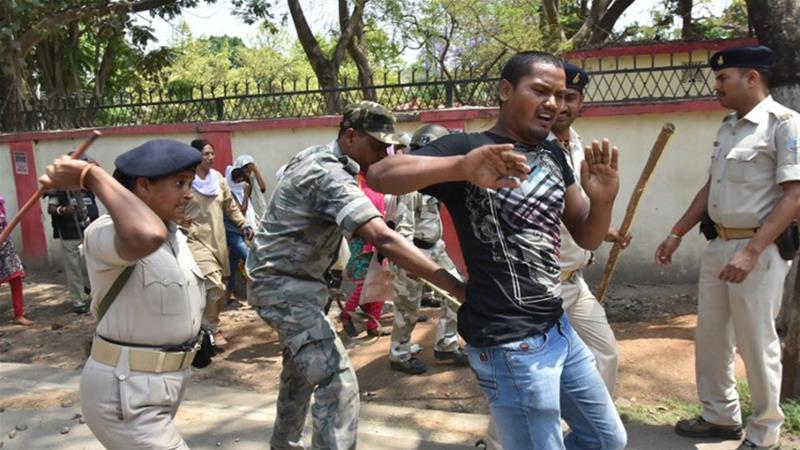 Dalits in India have organised mass protests against a Supreme Court ruling, which activists say will likely dilute a stringent law that was enacted to address atrocities against the former untouchables.

According to local media reports, at least four people have been killed in the central state of Madhya Pradesh as protest against the top court’s verdict on Scheduled Castes (SC) and Scheduled Tribes (ST) (Prevention of Atrocities) Act, 1989, turned violent.

Thousands of people have joined mostly peaceful protests and sit-ins as part of the Bharat Bandh, or all-India strike, demanding the government to challenge the top court’s verdict last month, which barred the immediate arrest of those accused of violence against SCs and STs.

Under the act, passed by the government of former Prime Minister Rajiv Gandhi in 1989, the accused is denied bail.

“I tell the government that you have troubled the Dalit people and they have tolerated your harassment enough, but now you are messing with [BR] Ambedkar’s vision,” Ram Singh Pradhan from New Delhi’s Paharganj said, referring to the author of India’s constitution and a Dalit icon.

“I am 88 years old, and I am ready if anyone comes forward … This country was built by Ambedkar, this is our country. Let anyone speak against Baba Saheb Ambedkar and see the consequences. Jai Bhim,” Pradhan told Al Jazeera. 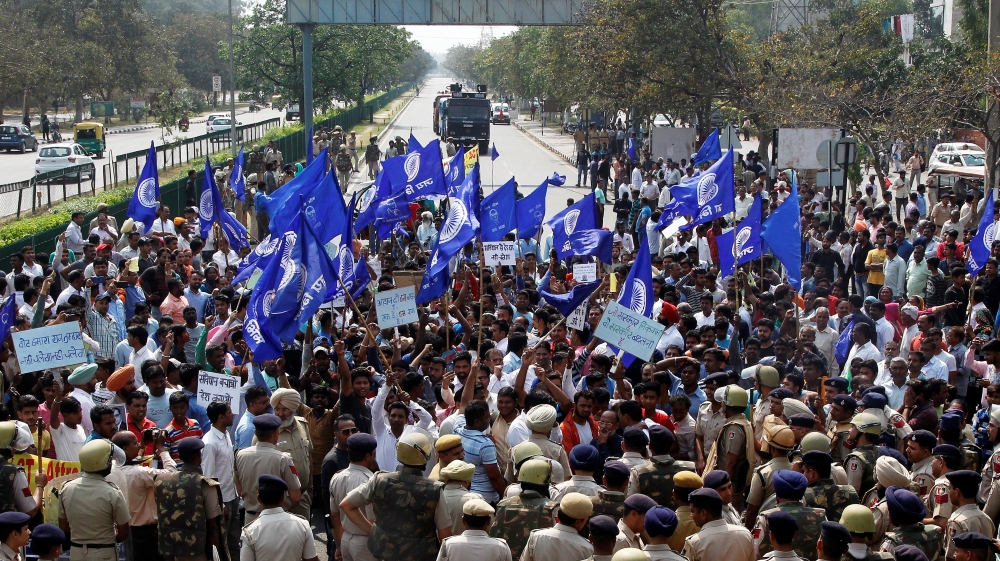 Caste discrimination is outlawed but it remains widespread. A young Dalit farmer was beaten to death for owning a horse in western Gujarat state, police said on Saturday.

The body of 21-year-old Pradeep Rathod was found in a pool of blood near Timbi village late on Thursday. Police have arrested three men from the privileged caste as part of the investigation.

According to the National Crime Records Bureau (NCRB) data, the rate of crimes against Dalits, who number more than 200 million, has risen in recent years.

Dalit organisations say the Supreme Court ruling was shocking even as the conviction rate for such crimes has declined over the years.

Government data showed that by the end of 2016, about 90 percent of roughly 145,000 cases involving Dalits were still awaiting trial, Reuters news agency reported.

Government data also shows that less than a tenth of the cases brought by Dalits in 2016 were proven to be false, a fact Dalit activists point out in their criticism of the top court.

The opposition called the government of Prime Minister Narendra Modi anti-Dalit. The leader of the main opposition Congress party, Rahul Gandhi, said in a twitter post that it was in the DNA of the ruling Bharatiya Janata Party (BJP) and its ideological parent, the Rashtriya Swayamsevak Sangh (RSS), to keep Dalits at the lowest rung of the society.

Under huge political pressure, the government said it would seek review of the Supreme Court order.

The northern Punjab state, with a sizeable Dalit population, suspended internet services until 11pm (17:30 GMT) on Monday and has requested the army to remain on standby, according to the Indian Express newspaper. Internet services were also suspended in Rajasthan state.

Protests have also been organised in the states of Haryana, Uttar Pradesh, Gujarat, Maharashtra, Rajasthan, Bihar and Jharkhand.

Meanwhile, the apex court on Monday refused calls for an urgent hearing on a plea for stay and review of its verdict.

Al Jazeera’s Nilanjan Chowdhury went to Jantar Mantar in the capital, New Delhi, where thousands of people gathered to register their protest. He spoke to some of the protesters:

The Dalit community in India are huge in number, they are like the elephant but look like the ant. Why are they like a minority? Because this country works by the laws of the Hindu religion. This is like an illness.

In a democracy the people, who are weak, are protected by the law. The courts work for them. But it’s not like that in India and not happening now. So the government should take a note of this. 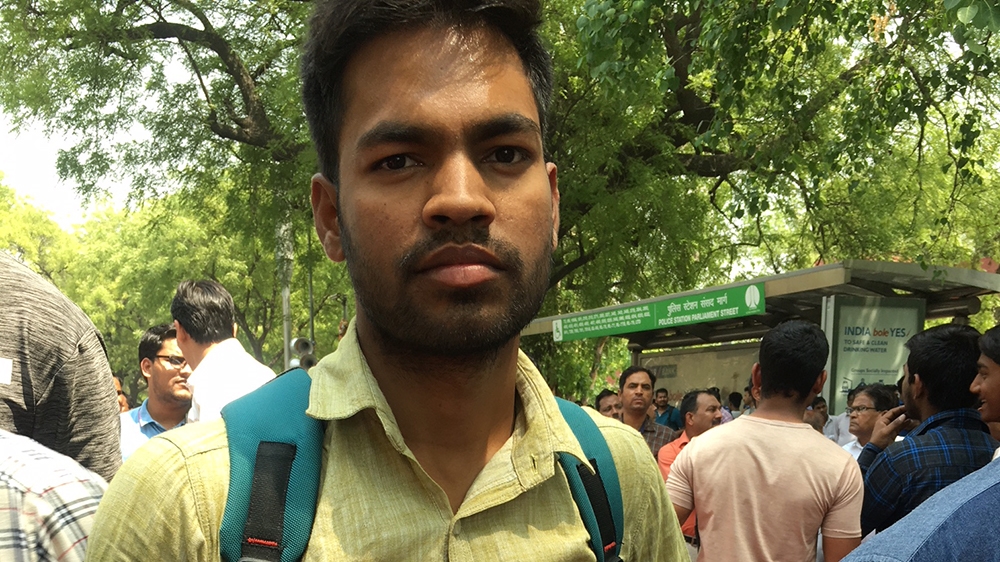 We have come to protest against the Modi government, which has changed the SC/ST Act. We used to get hassled by the upper caste people in our village, the police would not register an FIR (First Information Report), those days will return once again.

The Jats and the Gujjars in our village taunt us and call me names saying I am a Chamar, a derogatory terms used for Dalits. They threaten to beat me. This Act was made to protect me from these situations. 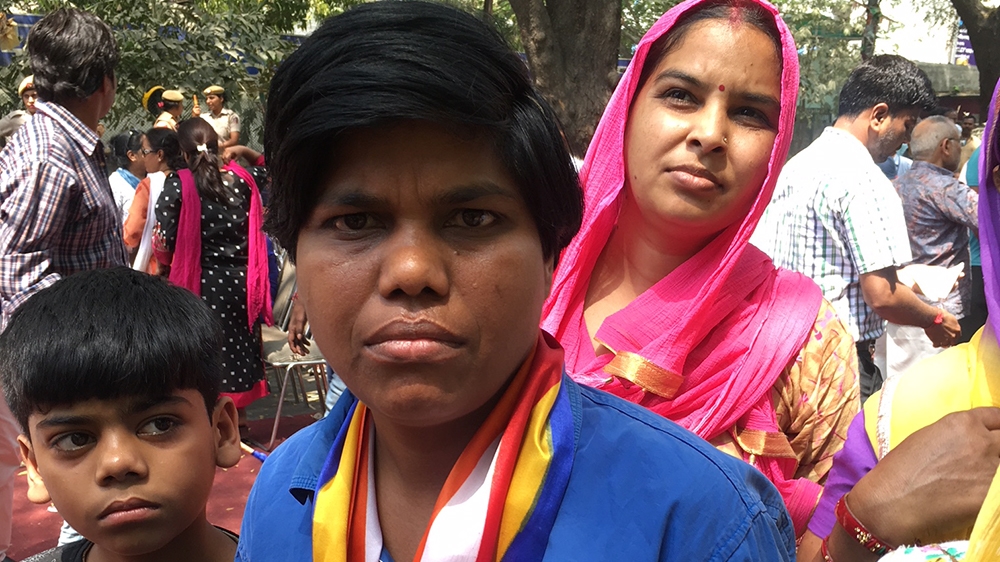 The upper caste boys don’t allow me to take water, they call me names and don’t let me use the village pump. It is now four or five days that this is happening. I have come to protest against this and hope things will change. 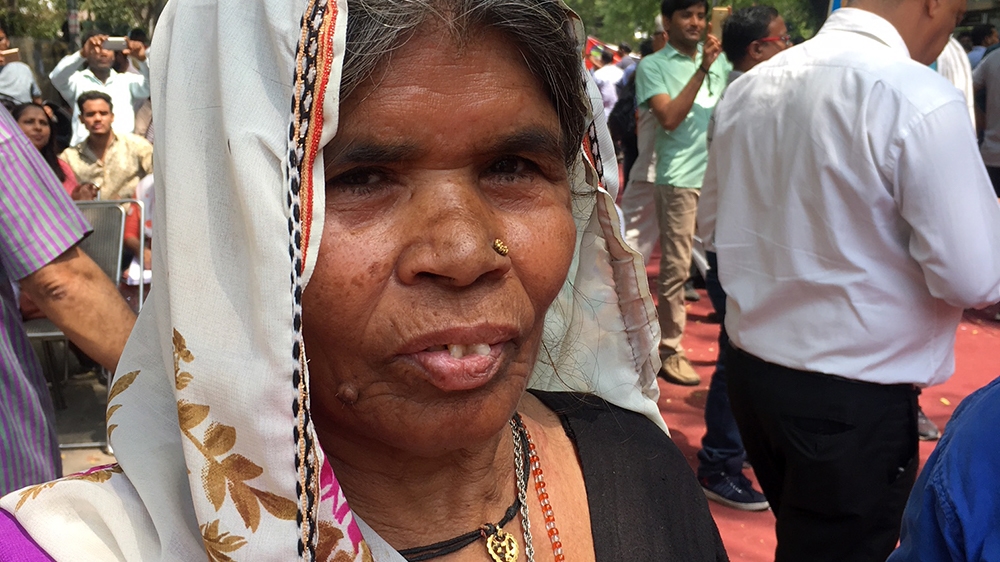 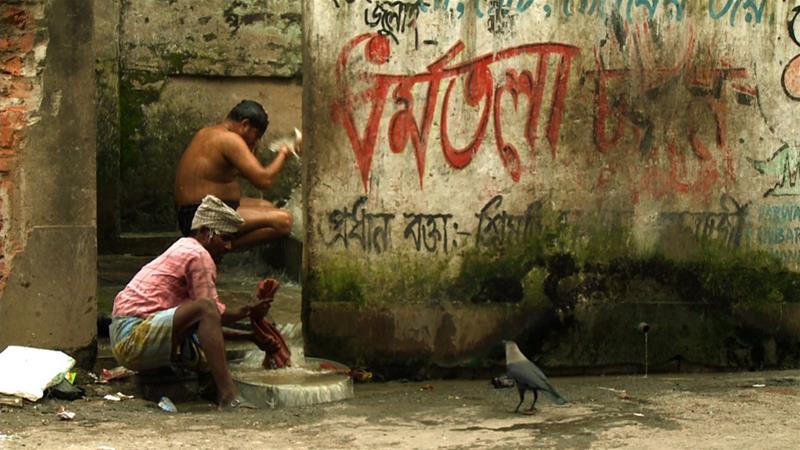