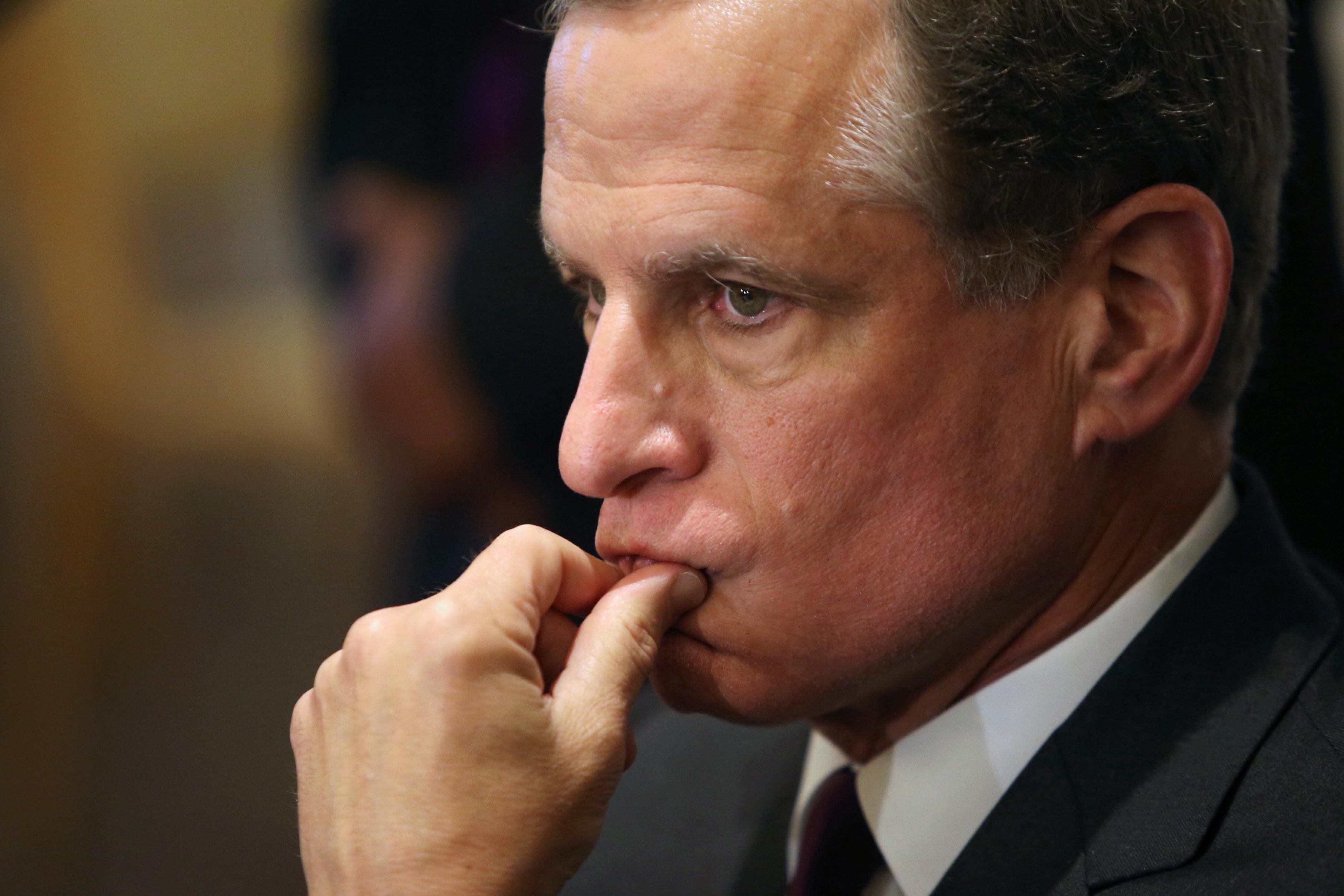 DALLAS (Reuters) – The world economy is going through a “fragile” period, but odds of a U.S. recession over the next year remain “relatively low,” Dallas Federal Reserve President Robert Kaplan said on Wednesday.

“Global growth is decelerating … We are in this tenuous period,” Kaplan said, but the United States “can skate through this” without a downturn given strong consumer spending and a strong job market.

“If the consumer stays strong, we are not going to have a recession,” Kaplan said in comments to the Dallas Business Club.

“The thing we are watching is whether decelerating global growth, weak manufacturing in the United States, and weak business fixed investment in the United States – if that weakness spreads through the rest of the economy, and if it spreads enough so that in six months you see a weak job report or two, and all of a sudden consumer confidence gets a little shaky, then you could have the start of a more severe downturn.”

But Kaplan said at this point he felt the United States would avoid that outcome.

The Fed has cut interest rates twice this year, most recently last week when the central bank lowered its target rate to a range of between 1.75 percent and 2 percent. Kaplan is not a current voter on interest rate policy but said he supported both moves.

That has now put monetary policy at a level he considers “a little accommodative,” meaning it should support spending and investment and guard against a slowdown.

Kaplan said at this point he is “agnostic” about whether further rate cuts will be needed.

Parliament: About 1,000 people asked to return Sirs payouts after errors were found in their applications

South Korea set to be superaged society within 4 years