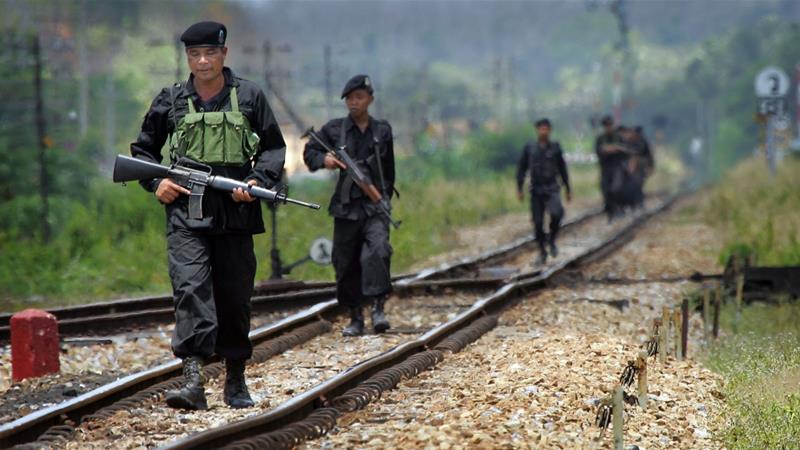 The gunmen approached the armed territorial defence volunteers at the school in Pattani province and shot them dead shortly before noon on Thursday, Wicha Nupannoi, police lieutenant colonel, was quoted as saying by the Associated Press news agency.

They seized four HK33 assault rifles from their victims before fleeing, scattering nails and other material on the road to delay pursuers, he added.

Predominantly Buddhist Thailand’s three southernmost provinces of Pattani, Yala and Narathiwat have long been hit by an armed campaign waged by separatist fighters.

The conflict has killed about 7,000 people since 2004, according to Deep South Watch, a research group monitoring the region. 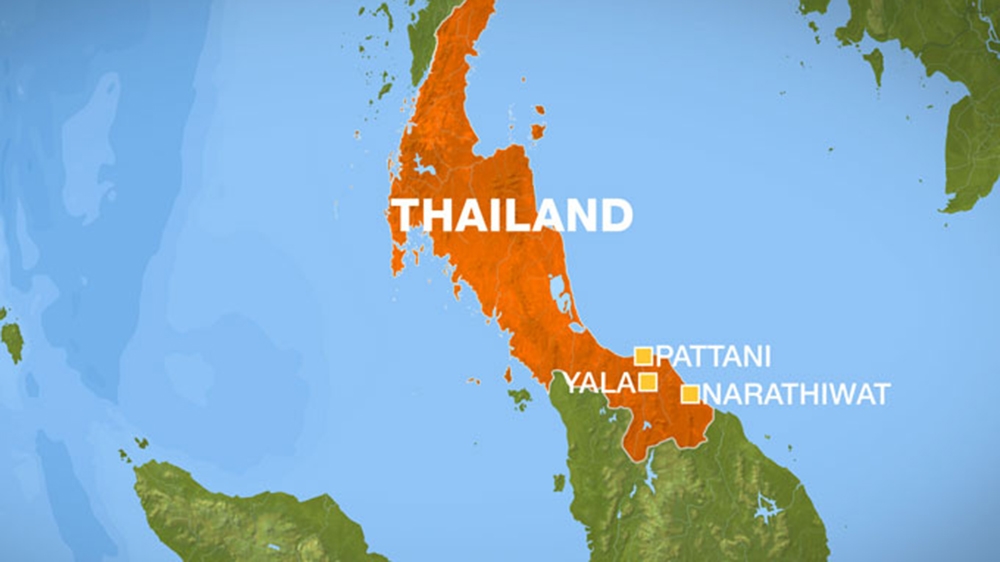 On Tuesday, a bomb outside a school and a car bomb elsewhere exploded in nearby Songkhla province, wounding a 12-year-old student, a security guard for teachers and a police medic.

A flurry of similar attacks took place in the last week of December. Several targeted Songkhla, which previously had been largely spared the violence.

“The insurgents consider school officials to be symbolic of the Thai Buddhist state’s occupation of Malay Muslim territory,” Human Rights Watch (HRW) said in a statement. “They have frequently targeted security personnel assigned to provide students and teachers safe passage to and from school, or protecting the school grounds.”

The attacks have occurred during an effort to revitalise peace talks between the Thai government and some armed groups. Analysts say the Barisan Revolusi Nasional (BRN), which spearheads the fight for independence, is not taking part.

Thai Defence Minister Prawit Wongsuwan blamed the BRN for Tuesday’s bombings. He said the authorities would have to step up efforts to prevent the attacks.

“Whatever the rationale, targeting civilians is morally indefensible and a war crime.”

The fight for independence in Thailand’s deep south has been going on for decades, but the conflict escalated in 2004 after a series of well-planned attacks on police and government facilities.

The region is home to various ethnic groups, with Thai Muslims making up the majority of the population.