At least 26 killed and 28 others injured in Hunan province after tourist bus burst into flames, officials say. 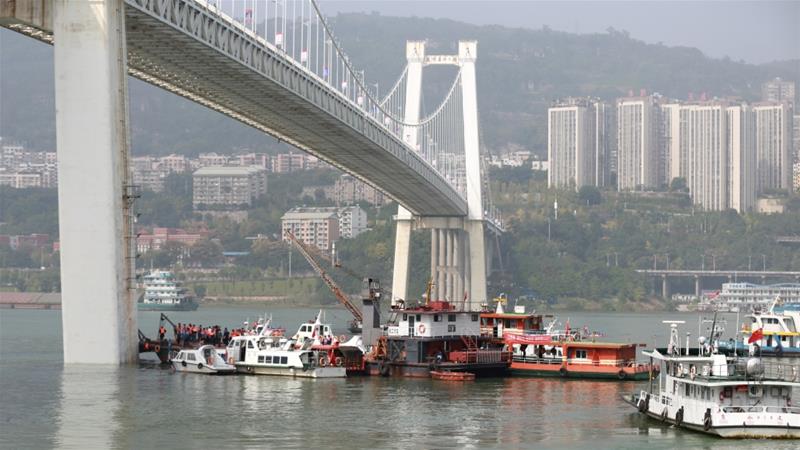 The vehicle burst into flames as it drove through Hunan province on Friday evening with 56 people on board, including 53 passengers, two drivers and a tour guide – according to local authorities.

Twenty-eight people were injured in the incident, of which five were in a critical condition. They were rushed to a hospital for treatment.

The two drivers were detained and an investigation into the cause of the accident is under way, according to a statement posted on the city of Changde’s official social media account on Weibo.

Road accidents are common in China, where transport authorities struggle to enforce safety regulations, which are often flouted.

Some 58,000 people were killed in traffic accidents across the country in 2015, the latest year for which the data is available publicly.

Violations of traffic laws were blamed for nearly 90 percent of accidents that caused deaths or injuries that year.

In November, at least 13 people died when a bus plunged 50 metres off a bridge into the Yangtze River in Chongqing municipality, after the driver got into a fistfight with a passenger who had missed her stop.

Search and rescue teams dispatched more than 70 boats, as well as a team of scuba divers and underwater robots, to find the wreckage and retrieve bodies from the water.

In February, a van packed with pressurised gas tanks and petrol-filled bottles caught fire and ploughed into pedestrians in Shanghai, injuring 18 people.

Authorities concluded that it was a “traffic accident”.

New member of Council of Presidential Advisers sworn in