March in Pakistani city was held by Jamaat-e-Islami political party to express solidarity with the people of Kashmir. 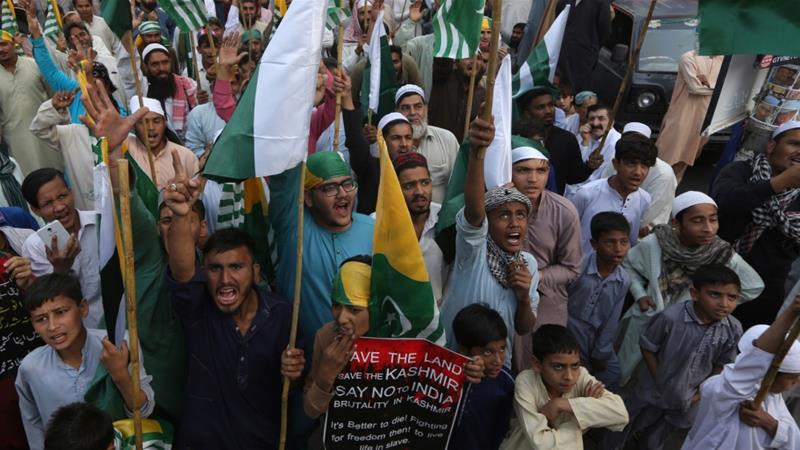 Dozens of people have been wounded after a grenade explosion at a pro-Kashmir march in the southern Pakistani city of Karachi, according to local officials.

Wednesday’s attack in the Gulshan-i-Iqbal area targeted a rally organised by Jamaat-e-Islami (JI), one of Pakistan’s major religious parties.

The provincial health department said in a statement at least 39 people were wounded, including one person who was in a critical condition.

An ethnic Sindhi armed separatist group, the Sindhudesh Revolutionary Army claimed responsibility for the attack in a statement emailed to Al Jazeera.

In June, four people were killed including two soldiers in three consecutive explosions claimed by the SRA.

The group wants Sindh province, of which Karachi is the capital, to break from the Pakistani federation.

It has also announced its alliance with the Balochistan Liberation Army, a rebel group fighting for greater autonomy for the Balochistan region in southwestern Pakistan.

Siraj ul Haq, JI chief and a senator, condemned the attack, calling it a “deplorable” act.