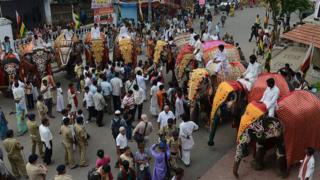 Wildlife authorities in India’s Assam state have suspended a plan to send four elephants on a perilous train journey of 3,100km (1,926 miles) to participate in a temple ritual.

The decision came after protests by activists who said the long journey could be dangerous for the animals.

They said the high summer temperatures on the travel route could even kill the pachyderms.

The animals were to be moved from Assam to Ahmedabad city in Gujarat state.

They were expected to reach Ahmedabad before 4 July to participate in the annual Rath Yatra (chariot procession) at the Jagannath temple. The train journey from Assam to Ahmedabad generally takes three to four days.

In a written order issued on Thursday, Ranjana Gupta, Assam’s top wildlife official, said her earlier order which gave permission to transport the elephants was being “kept in abeyance”.

The short one-paragraph order said the decision was taken “in view of the prevailing heat wave conditions in the north-west parts of India”.

Activists and conservationists, who had described the plan to move the elephants as “cruel and completely inhuman”, have welcomed the move.

Many had questioned the wisdom behind moving the animals at a time when temperatures were more than 40C (104F) in many places along the northern Indian route these elephants were to take. 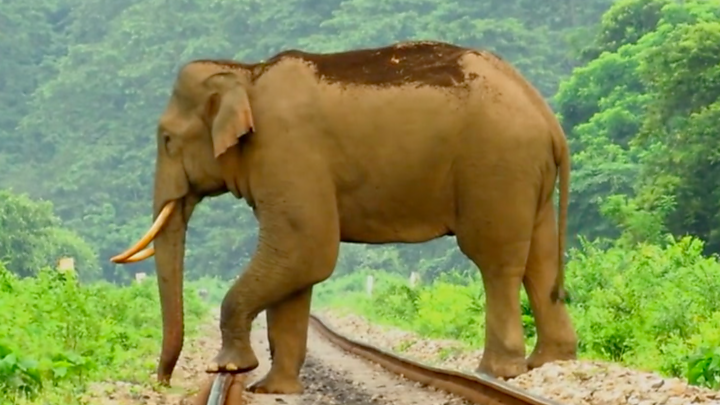 Some activists had even petitioned the Guwahati High Court, asking wildlife officials to issue a fresh order keeping in mind the safety and wellbeing of the elephants.

In previous years, Prime Minister Narendra Modi, who hails from Gujarat, has participated in the festival and the elephant procession, although temple officials say he’s not expected to attend this year.

A temple trustee told BBC Gujarati that they had decided to “borrow” the animals from Assam because three of their own elephants had died from old age last year.