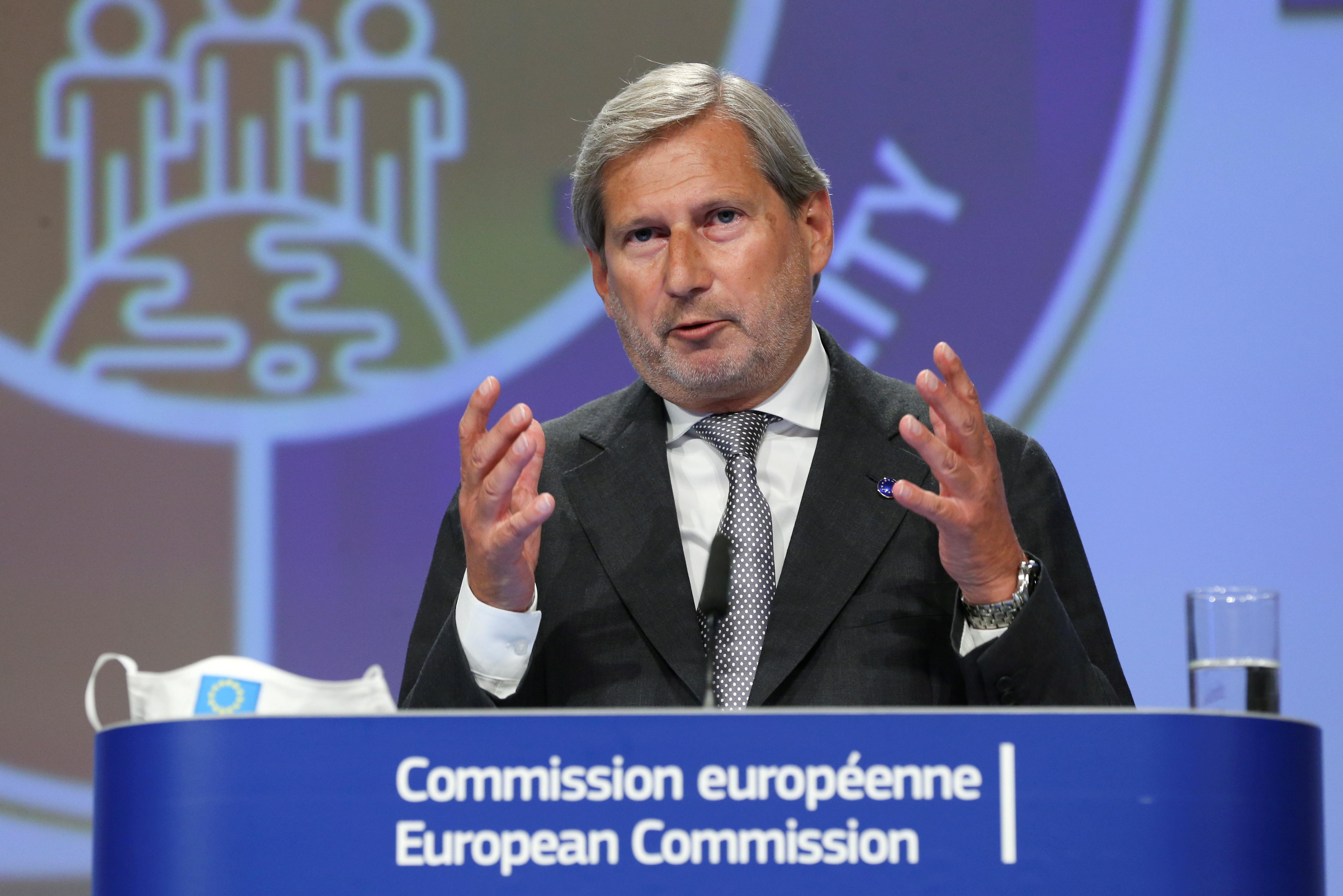 BRUSSELS (Reuters) – The European Commission wants higher guarantees for the next long-term EU budget to back Commission borrowing for economic recovery and as a safeguard against a “hard Brexit”, EU Budget Commissioner Johannes Hahn said on Thursday.

Britain left the European Union at the end of January, but has various financial obligations to the 27-nation bloc that will last many years.

EU law now says that the maximum national contribution to the EU budget by governments can be 1.2% of gross national income (GNI), even though actual payments are lower.

The EU executive wants to raise that ceiling to be sure to have enough cash to repay the 750 billion euros the Commission is set to borrow on the market to stimulate economic recovery across the bloc after the coronavirus pandemic.

“Our proposal is to increase the ceiling to 1.4% of GNI on a permanent basis in order to serve the repayments, but also in case there is an issue concerning Brexit, to be prepared for it,” Hahn told reporters.

Asked what he meant by “issue” concerning Brexit, Hahn said:

“In case of a hard Brexit, if they don’t pay what they promised to pay, it is sound financial management on our side.”

“Then on top of it, to borrow the necessary amount on the market, we want to increase the headroom by another 0.6 point, so to … 2.0% percent of GNI until the end of the repayment period,” he said. The Commission wants all bonds repaid by 2058.

The Commission proposal for the borrowing against the security of increased EU government guarantees for the 2021-2027 budget will be discussed by EU leaders on June 19th and might not get immediate approval because states are wary of taking on extra risk.