LONDON (Reuters) – The euro was broadly flat on Thursday after preliminary euro zone economic growth data was even more dire than expected, as investors looked ahead to the European Central Bank (ECB) meeting, while the dollar held near two-week lows. 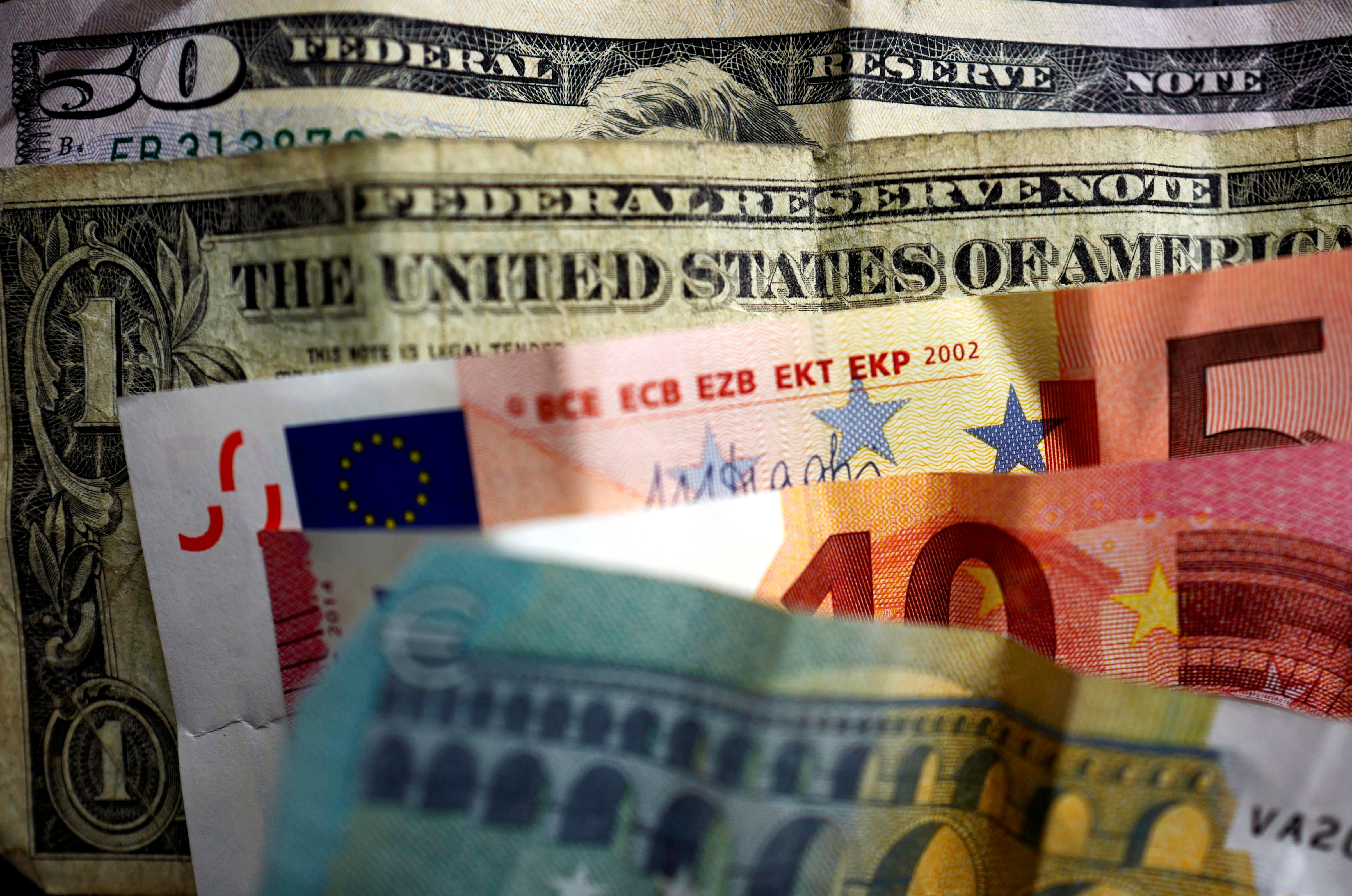 A preliminary flash estimate of euro zone gross domestic product showed that Europe’s economy contracted by 3.8% in the first three months of the year – the sharpest quarterly decline since the time series started in 1995.

“Almost all of the damage happened in the final two weeks of the quarter, showing how remarkably deep a contraction can become under mandated lockdowns,” wrote Bert Colijn, senior economist at ING.

“A recession like the one we’re currently in is unprecedented,” he said.

The market focus now is on the ECB, which is printing cash at a record rate as the coronavirus pandemic sees European countries’ debt surge.

The ECB is under pressure to ramp up its response to the virus. There are some expectations that euro zone policymakers will expand debt purchases to include junk bonds and take other steps to ease conditions in credit markets.

Analysts are not ruling out a move later today but expect the ECB to more likely to act in June.

“No doubt the ECB will underline that it would implement further measures if required,” wrote Commerzbank FX and EM analyst Antje Praefcke in a note to clients.

“But at the same time it is likely to point out that fiscal policy in the euro zone has to make its contributions too,” she wrote.

More countries are taking steps to re-open their economies as coronavirus infections slow, giving some cause for optimism.

Against a basket of currencies =USD, the dollar touched a two-week low. It came close to six-week lows versus the yen in early London trading, before starting to recover, last at 106.64 JPY=EBS.

The riskier Australian and New Zealand dollars, which rose overnight as risk sentiment improved and have risen every day for the past week, reversed their gains and dipped on Thursday morning AUD=D3 NZD=D3.

Elsewhere, bitcoin rose to the highest in more than two months.

Bitcoin traders and analysts cite growing demand for bitcoin before its latest “halving” – a 50% cut in the production of the cryptocurrency due in May that is one of the few observable events known to materially impact price.

A rule written into bitcoin’s underlying code slashes the number of new coins awarded to the miners behind the global supply of bitcoin.