(Reuters) – European shares ended a volatile session higher on Monday, lifted by strong gains on Wall Street and a rally in cyclical stocks as improving data spurred hopes of a faster economic recovery. 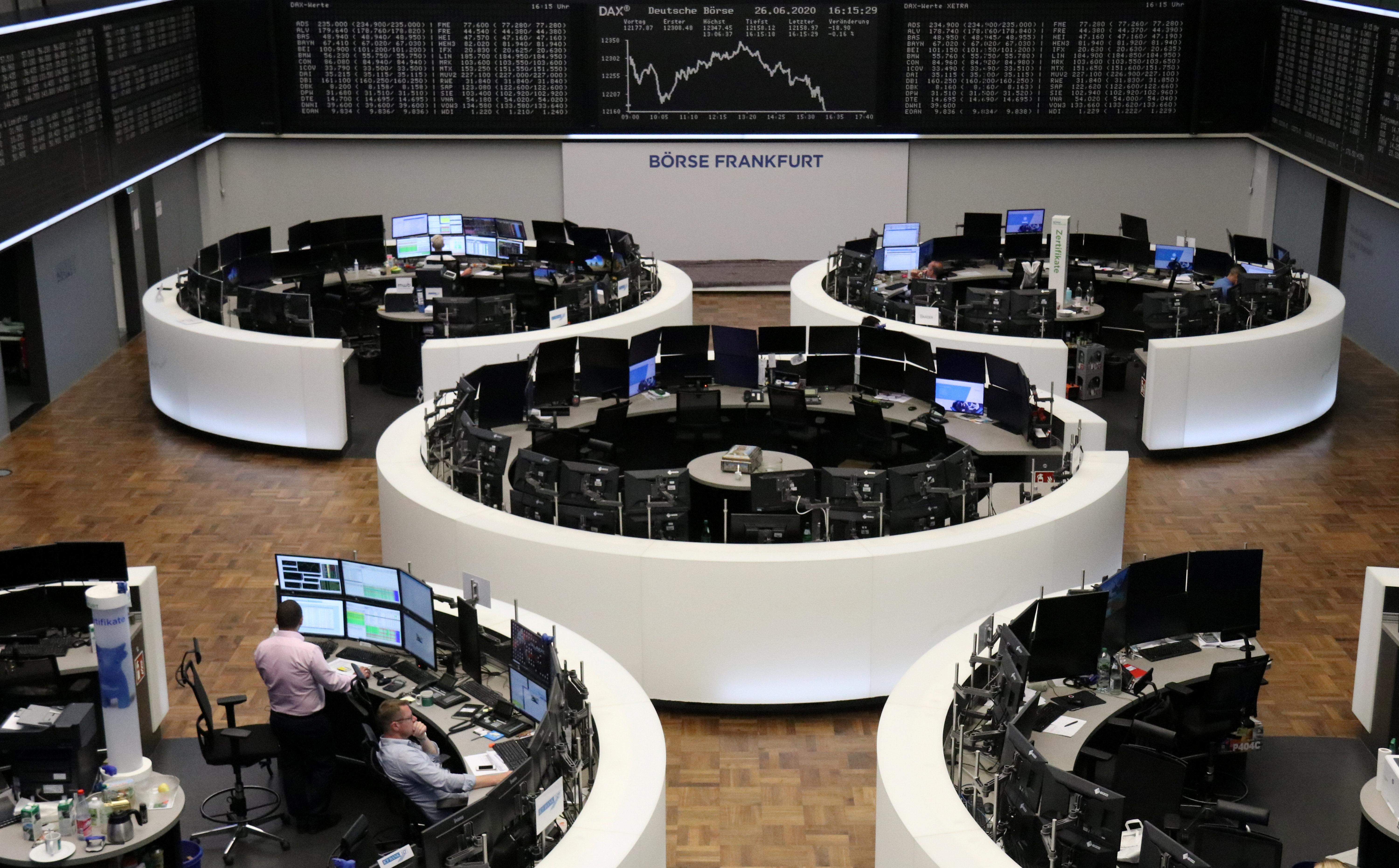 After hovering near flat earlier in the session, the pan-European STOXX 600 index rose 0.4% and eurozone blue-chip stocks .STOXX50E jumped 0.9%.

The euro zone banks .SX7E were the biggest gainers, up 3.2% after data showed a recovery of economic sentiment across the bloc intensified in June.

A bright start for Wall Street also lifted the mood, as talks of more stimulus helped investors to look past a spike in the global death toll from COVID-19.

Aside from banks, other growth-sensitive sectors such as oil and gas .SXEP, industrial companies .SXNP and automakers .SXAP led gains in Europe.

“In the U.S., they are actively talking of another round of stimulus and that will help the market to some degree,” said Andrew Manton, portfolio manager for international equities at Shelton Capital Management.

“But we’re in a waiting game because all this stimulus has been priced in. Now we’ll have to see if it works in the real economy.”

Although the pace of a market recovery has slowed following an initial rally from March lows, European stocks have outperformed their U.S. counterparts in June, helped by the region’s relative success in reopening its economy and the European Union’s proposed 750 billion euro ($841.73 billion) recovery fund.

The world’s largest asset manager BlackRock upgraded European equities to “overweight” on Monday, with the region poised to benefit from the restarting of economies.

German scandal-hit payments company Wirecard (WDIG.DE) soared 154.5% following a near 170% plunge over the last three weeks after reports that French payments processor Worldline (WLN.PA) and other private investors are interested in buying parts of the company.

Austrian sensor producer AMS (AMS.VI) (AMS.S) jumped 5.1% after Reuters reported the company was poised to get the go-ahead from the European Union for its acquisition of German lighting group Osram (OSRn.DE).

Commerzbank (CBKG.DE) surged 5.7% after a German newspaper reported that the lender’s board will likely approve more branch closures and job cuts at an extraordinary meeting next week.

Video of foreign workers demanding to return home not taken in Singapore: Police