(Reuters) – European shares rose for the fourth straight session on Thursday, as optimism over businesses reopening and a massive stimulus plan for the European Union outweighed concerns over rising U.S.-China tensions. 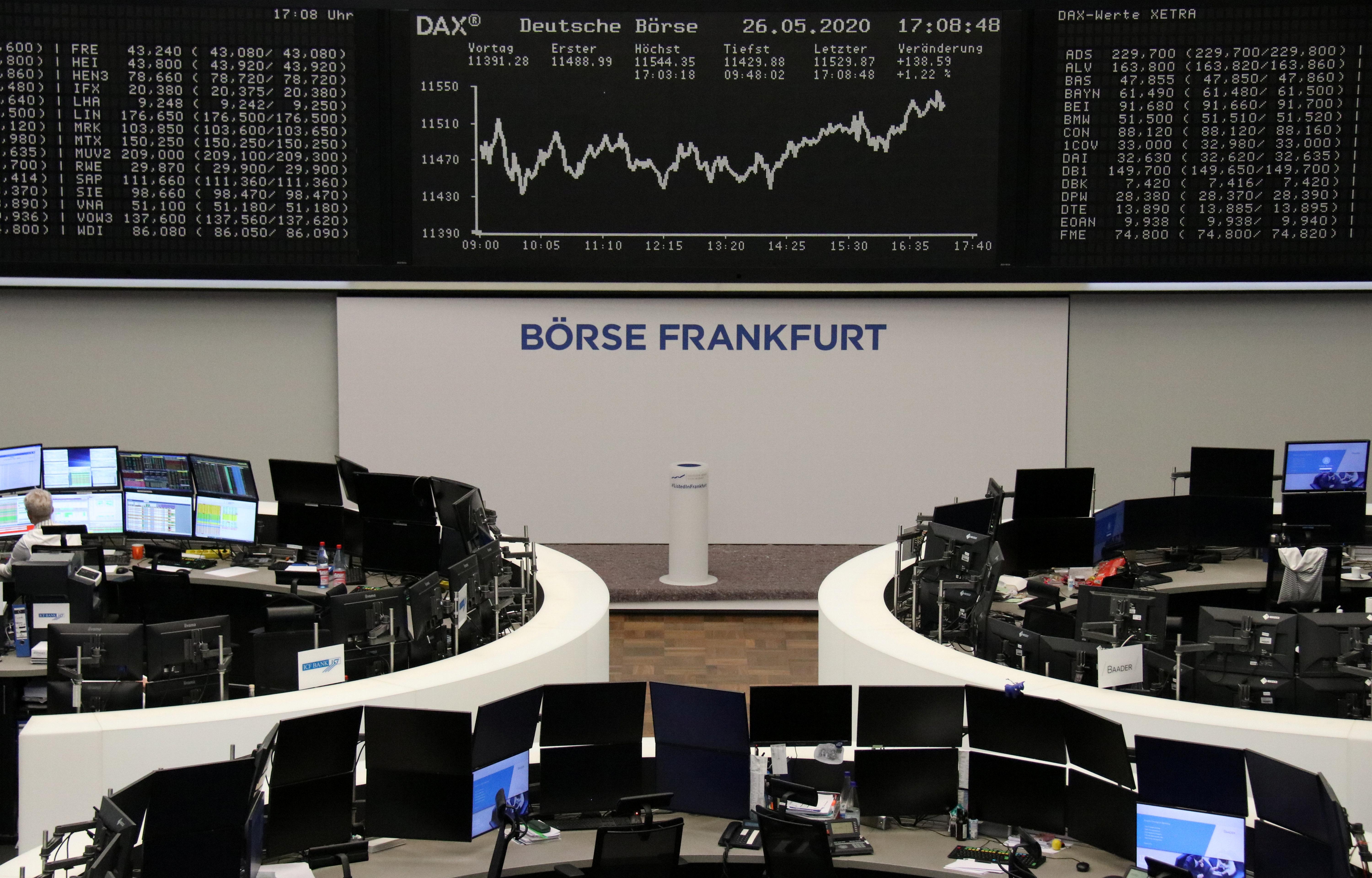 UK’s Cineworld Group Plc (CINE.L) surged 24% as it expects to reopen all its cinemas in July and secured an extra $110 million from lenders to help it survive the coronavirus lockdowns.

The benchmark index has climbed more than 30% from March lows as investors pinned hopes on a gradual recovery with policymakers injecting trillions of dollars in the global economy and drugmakers racing to develop a COVID-19 vaccine.

Investors also looked past risks of fresh escalation in Sino-U.S. tensions after China’s parliament approved a decision on Thursday to go forward with national security legislation for Hong Kong.

U.S. President Donald Trump has promised action over Hong Kong, with an announcement at the end of the week.

“Markets are also taking solace from the fact that neither parties seem incentivised to escalate threats economically so far. But I think there will be a point when markets will be fixated on U.S.-China tensions.”

A Reuters poll showed recovery from the coronavirus-led financial crash will take time for European stocks, which are expected to end 2021 around 10% below this February’s record high.

Among other stocks, French aerospace company Safran SA (SAF.PA) rose 2.2% after Boeing Co (BA.N) said it had resumed production of its 737 MAX passenger jet at its Washington plant.