(Reuters) – European shares fell on Friday after EU lawmakers failed to agree on a coronavirus rescue package, then sank further on the news that British Prime Minister Boris Johnson had been infected. 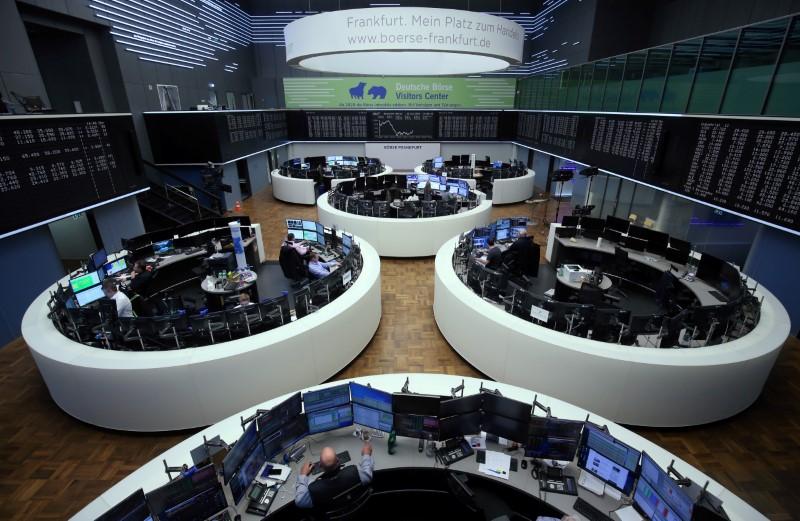 The pan-European STOXX 600 index started the day about 2% lower, then fell further to trade down 3.7% at 1210 GMT after the announcement about Johnson’s test. The declines followed a three-day rally and the index was still on course for its best week since 2011.

EU lawmakers on Thursday extended the deadline for agreeing on a comprehensive economic rescue package by two weeks over a dispute between the ailing south and the fiscally conservative north.

“There was no specific new coordinated action to ramp up the fiscal response to the crisis and, in particular, no agreement around ‘corona bonds’,” Stephen Innes, chief market strategist at financial services firm AxiCorp, wrote in a note, saying that markets were disappointed.

While the STOXX 600 has recovered almost 15% from its low on March 16, it remains more than 26% below its all-time high last month, a rout that has erased more than $3 trillion from the value of European firms.

A swathe of bumper stimulus measures from around the globe had bought about a modicum of stability in equity markets. However, with the outbreak showing no signs of slowing, risk assets are likely due for more pain.

After leading the rebound this week, travel and leisure stocks .SXTP fell 4.4%, with cruise ship operator Carnival Corp (CCL.L) slumping 11% to the bottom of the index.

The European Parliament on Thursday approved 37 billion euros ($40.5 billion) worth of emergency funds and measures to help airlines.

Banks .SX7P were among the worst performing sectors, dropping about 4.6% as the European Banking Federation said they should halt 2020 dividend payments to preserve capital and continue to lend until the impact of the coronavirus epidemic is clearer.

Shares in ProSiebenSat.1 Media (PSMGn.DE) rallied to the top of the STOXX 600 after it announced in a late-night statement that Chief Executive Officer Max Conze was leaving with immediate effect, ending a drama-filled tenure at the German broadcaster.