(Reuters) – European shares fell on Friday as investors remained wary of the economic impact of the coronavirus epidemic on the bloc, despite data showing a faster-than-expected pickup in business activity in February. 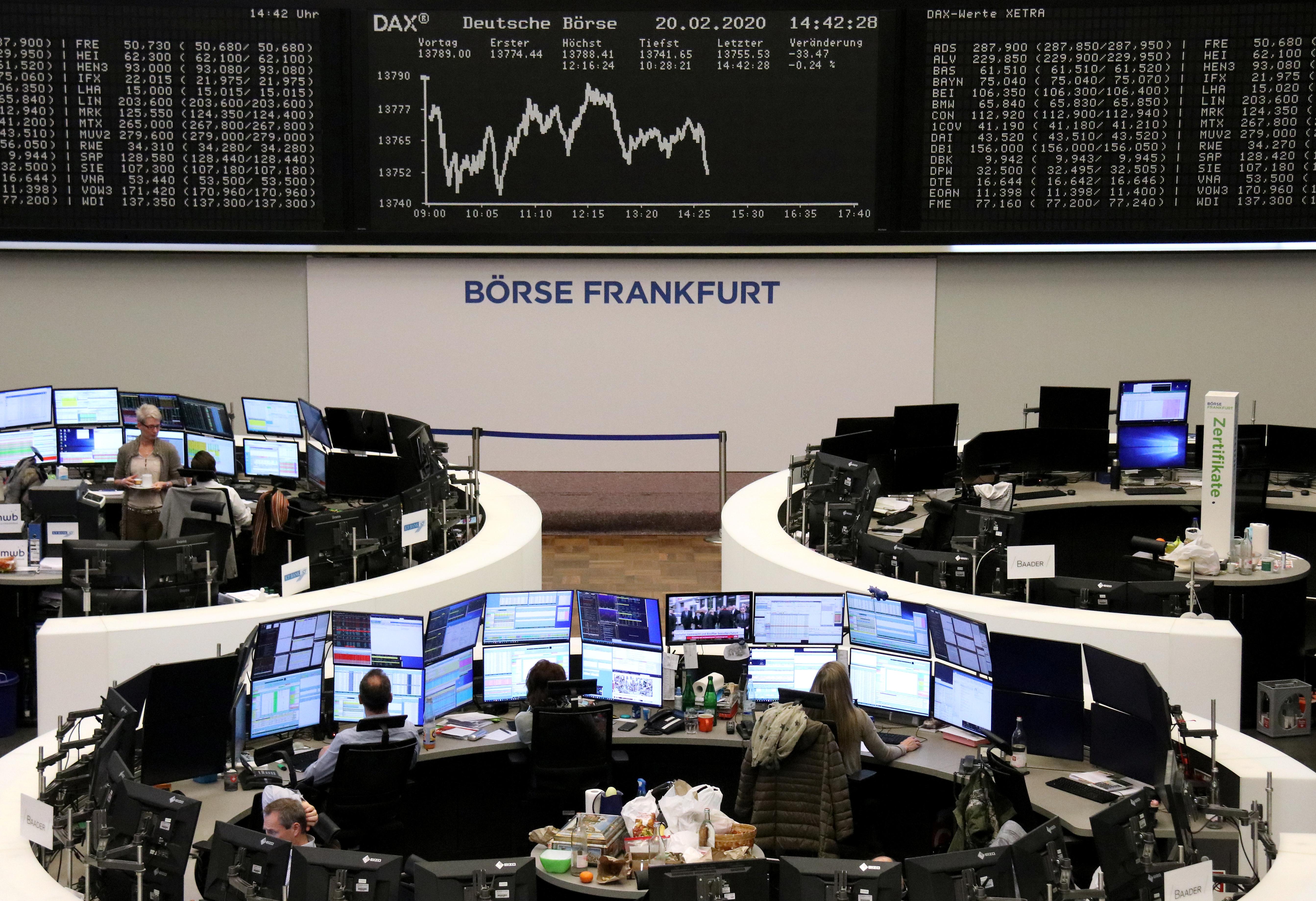 The pan-European STOXX 600 index shed nearly half a percent and was set to end slightly lower for the week as China reported an uptick in new virus cases.

The index had scaled record highs earlier in the week as data signalled a slight slowdown in the outbreak, lending weight to forecasts that the crisis might blow over by April.

The outbreak has killed more than 2,000 people so far and upended industrial activity in China, causing disruptions for several European manufacturers that supply and source products from one of the EU’s largest trading partners.

Investors will now look to the final reading due in early-March.

“The news (about the virus) has not been too positive, but nothing has indicated that we are falling into a catastrophic scenario yet as far as markets are concerned,” said Hubert de Barochez, markets economist at Capital Economics in London.

“The PMIs are encouraging that we’re not heading into recession at least, but we still see consistently slow growth.”

Commodity-linked EU subindexes such as basic resources .SXPP and oil and gas .SXEP stocks were among the worst performing sectors, shedding around 1% each.

Among individual movers, British luxury brand Burberry Group (BRBY.L) fell 3% after Jefferies cut the stock’s price target, saying it was one of the most exposed brands to the coronavirus outbreak.

Anglo-Australian miner Rio Tinto PLC (RIO.L) fell 1.1% after it said its Mongolian copper unit had begun an international arbitration process to resolve a dispute with the local tax authority.