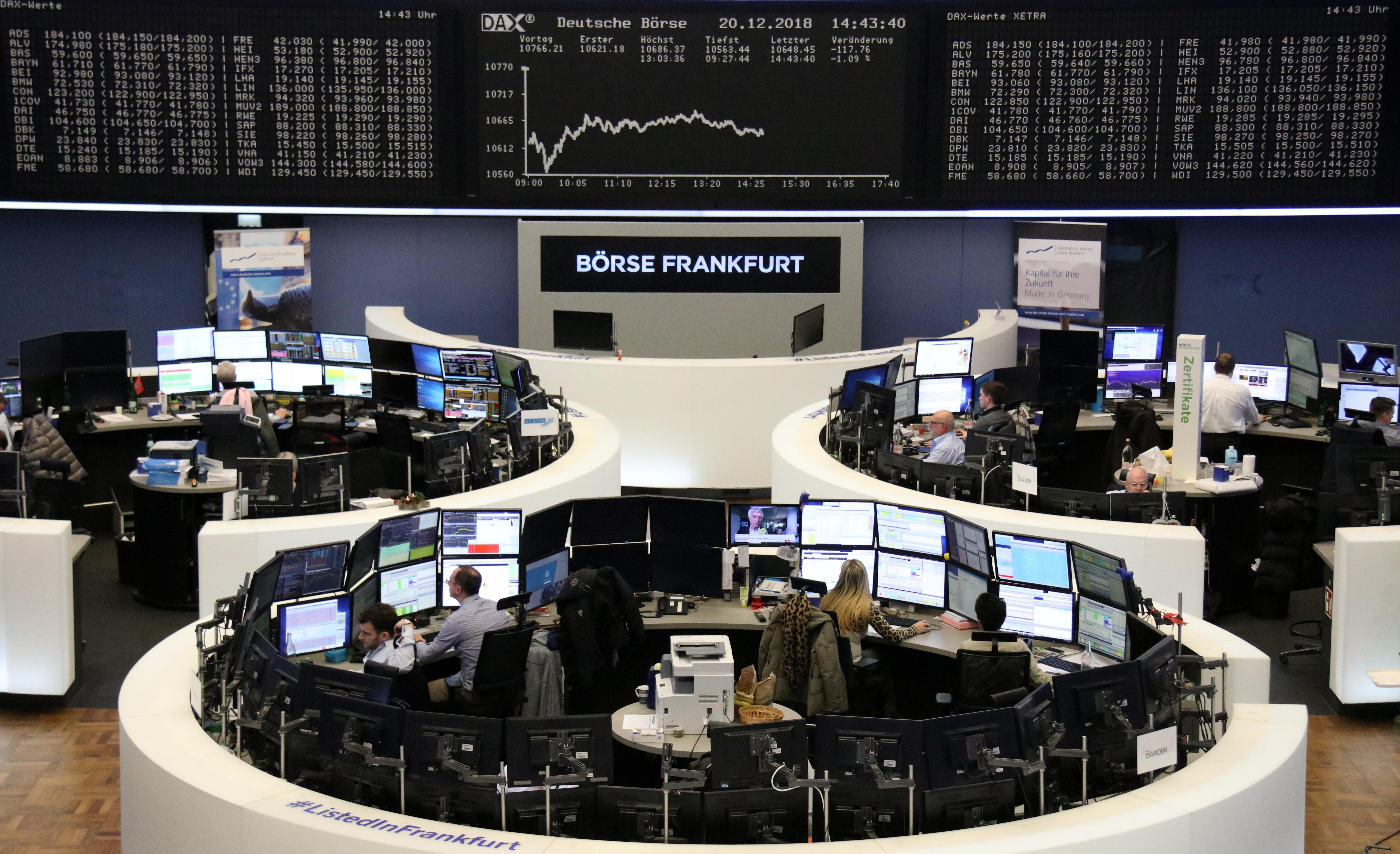 Activity was thin, however, with many markets closed or trading for a half-day only before the Christmas holiday.

European shares are down nearly 14 percent year-to-date and on track for their worst year since 2008, having fallen back to a two-year-low on last week’s rate outlook from the U.S. Federal Reserve.

The UK’s complicated divorce from the EU, Italy’s contested budget and a trade spat between Washington and Beijing have also been weighing this year, forcing analysts to progressively cut their earnings growth estimates for European companies.

On Monday, investors were also fretting about political stability in the United States after an aide to President Donald Trump said the partial government shutdown could continue into the new year.

Advertising companies WPP (WPP.L) and Publicis (PUBP.PA) were among the biggest losers, down 2.3 and 2.6 percent.

The British restaurant and hotel owner Whitbread (WTB.L) rose 0.9 percent after receiving clearance from the European Union for the sale of its Costa coffee chain to Coca-Cola.

The clearance paves the way for a 500 million pound share buyback.

Among major European benchmarks, Germany’s export-oriented DAX index, which is heavily exposed to China, is set to be the worst performer, down more than 17 percent so far in 2018.

Brexit and the City: A barometer for London's financial outlook