(Reuters) – European shares handed back gains to close flat on Thursday after comments from the White House undid optimism over a potential Sino-U.S. trade deal, while a strong rally in shares of chemicals giant Bayer propped up German equities. 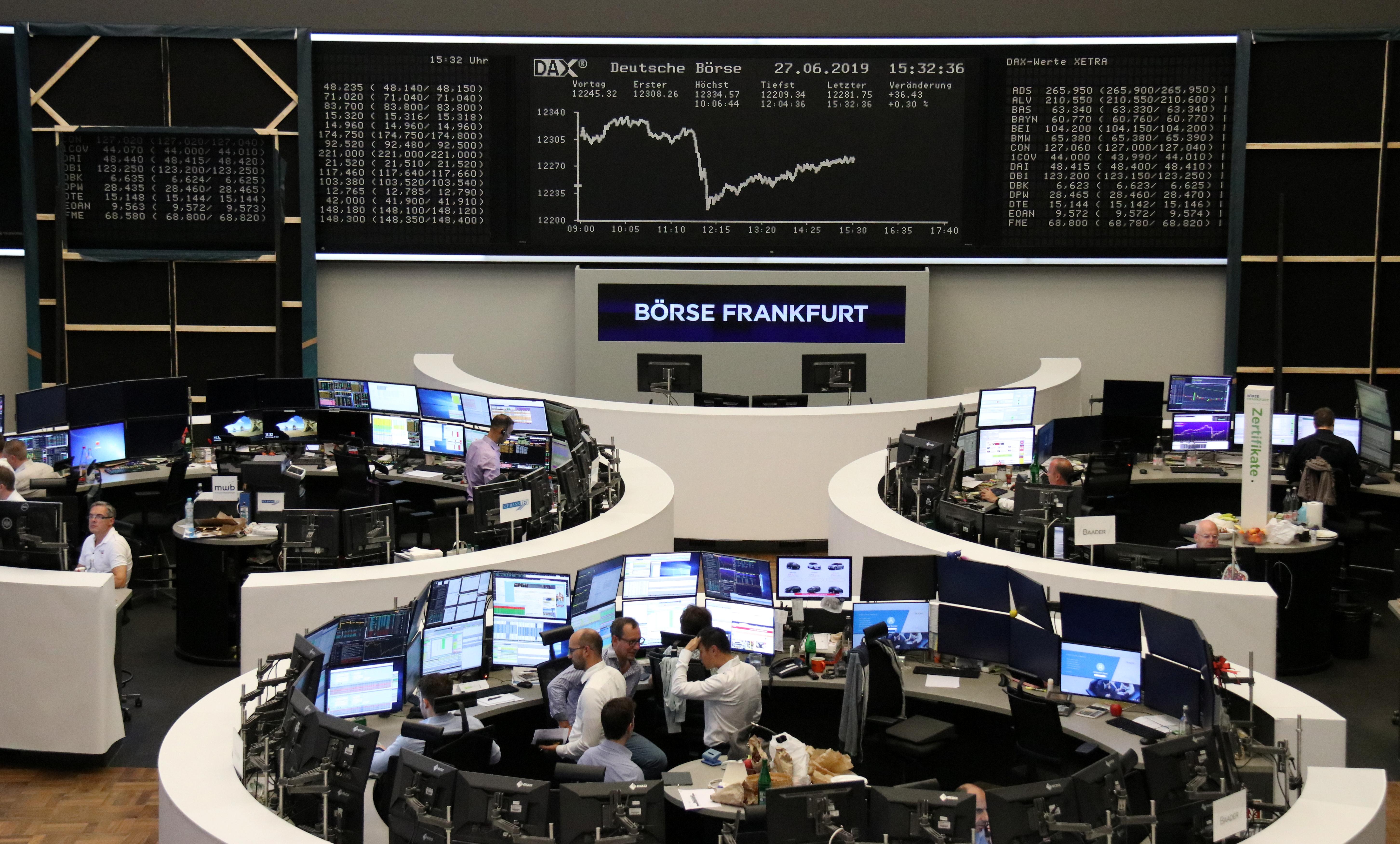 The pan-European STOXX 600 index rose as much as 0.4% earlier in the day, spurred by signs overnight of progress between Washington and Beijing in resolving their trade dispute that has roiled markets for the past year.

However, White house adviser Larry Kudlow said on Thursday no specific agreements had been made ahead of talks between U.S. President Donald Trump and his Chinese counterpart Xi Jinping this weekend and Washington was still insisting on structural changes on intellectual property and enforcement mechanisms.

“China is unlikely to make more concessions than they have already made and certainly they will not make the type of concessions that Trump is expecting and eventually the trade war will resume,” said Simona Gambarini, a markets economist at Capital Economics in London said before the White House comments.

Losses were led by the real estate .SX86P and energy .SXEP sectors, down 1.1% and 0.8% respectively.

While most major country indexes in the region closed flat to lower, Germany’s trade-sensitive DAX .GDAXI outperformed, up 0.2%, boosted by Bayer’s 8.7% rally.

Bayer (BAYGn.DE) surged after the group hired a lawyer and formed a committee to address glyphosate litigation, and as activist shareholder Elliott Associates said it had built up a 1.1 billion euros stake in the company and considered the stock undervalued.

The biggest gainer on the STOXX 600 index was H&M (HMb.ST), up 13.7% after the Swedish fashion retailer said sales of its summer collections had gotten off to a good start and that it was selling more clothes at full price.

Its upbeat tone drove a 2.2% rise in the retail sector.

On the flip side, Chr Hansen (CHRH.CO) tumbled 13.8% after the Danish food ingredients maker cut its revenue outlook for the year, hit by a disappointing performance at its food coloring and animal health businesses in the latest quarter.

'Sorry for the inconvenience': Hong Kong protesters apologise for disruptions at airport