(Reuters) – European shares slid to near three-week lows on Thursday after U.S. legislation on Hong Kong added to concerns that a “phase one” trade deal between Washington and Beijing would not be sealed anytime soon. 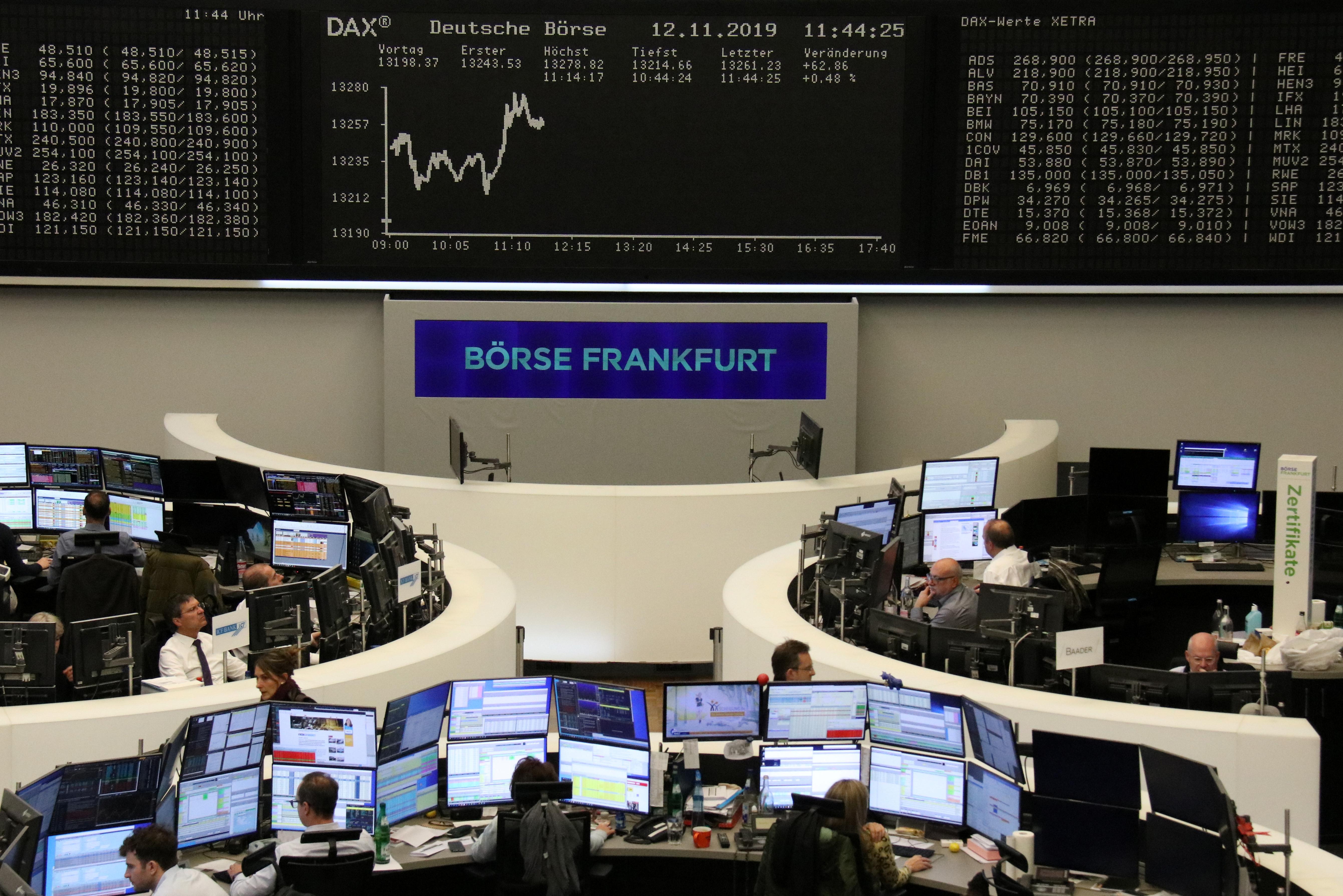 Trade-sensitive sectors such as miners .SXPP, technology and .SX8P industrials .SXNP were particularly hit hard, with negative updates from Thyssenkrupp and Fiat Chrysler adding to the downbeat mood.

The German conglomerate (TKAG.DE) scrapped its dividend for the first time in six years and reported a full-year net loss that widened five-fold after failed attempts to turnaround its business. Thyssenkrupp’s shares fell 10%, on track for their biggest percentage loss in over three years.

A Reuters report that completion of a “phase one” trade deal could slide into next year raised fears that a fresh round of U.S. tariffs on Chinese goods in December could trigger a global slowdown.

“Recently, we’ve seen optimism that at one point there will be a trade deal, but the news overnight shows that there is not much certainty to that,” said Elwin de Groot, head of macro strategy at Rabobank.

“These moves are a reflection of some investors increasingly questioning whether there will now be a trade deal at all.”

Hopes that the two sides will be reaching a deal soon and somewhat better-than-expected earnings reports had driven European stocks to a four-year peak earlier this week.

However, the pan-European STOXX 600 index slid 0.7% to its fourth day of losses, while trade-sensitive shares of Germany .GDAXI and France .FCHI dropped 0.5% and 0.6%, respectively.

British postal company Royal Mail (RMG.L) slumped 17% to the bottom of the STOXX 600, after saying its plan to expand its parcels business internationally was behind schedule even as it posted a first-half operating profit.

French luxury group LVMH (LVMH.PA) slipped 1.1% after Reuters reported it had persuaded U.S. jewelry chain Tiffany (TIF.N) to provide access to its books after it raised its bid to close to $16 billion.

Among a few bright spots was British American Tobacco (BATS.L), up 5.5% after the U.S. regulator dropped plans to sharply cut nicotine in cigarettes.

British utility Centrica (CNA.L) gained about 8% after saying it was on track to meet its full-year cash flow and earnings targets and raised its expected efficiency savings by 50 million pounds ($65 million).