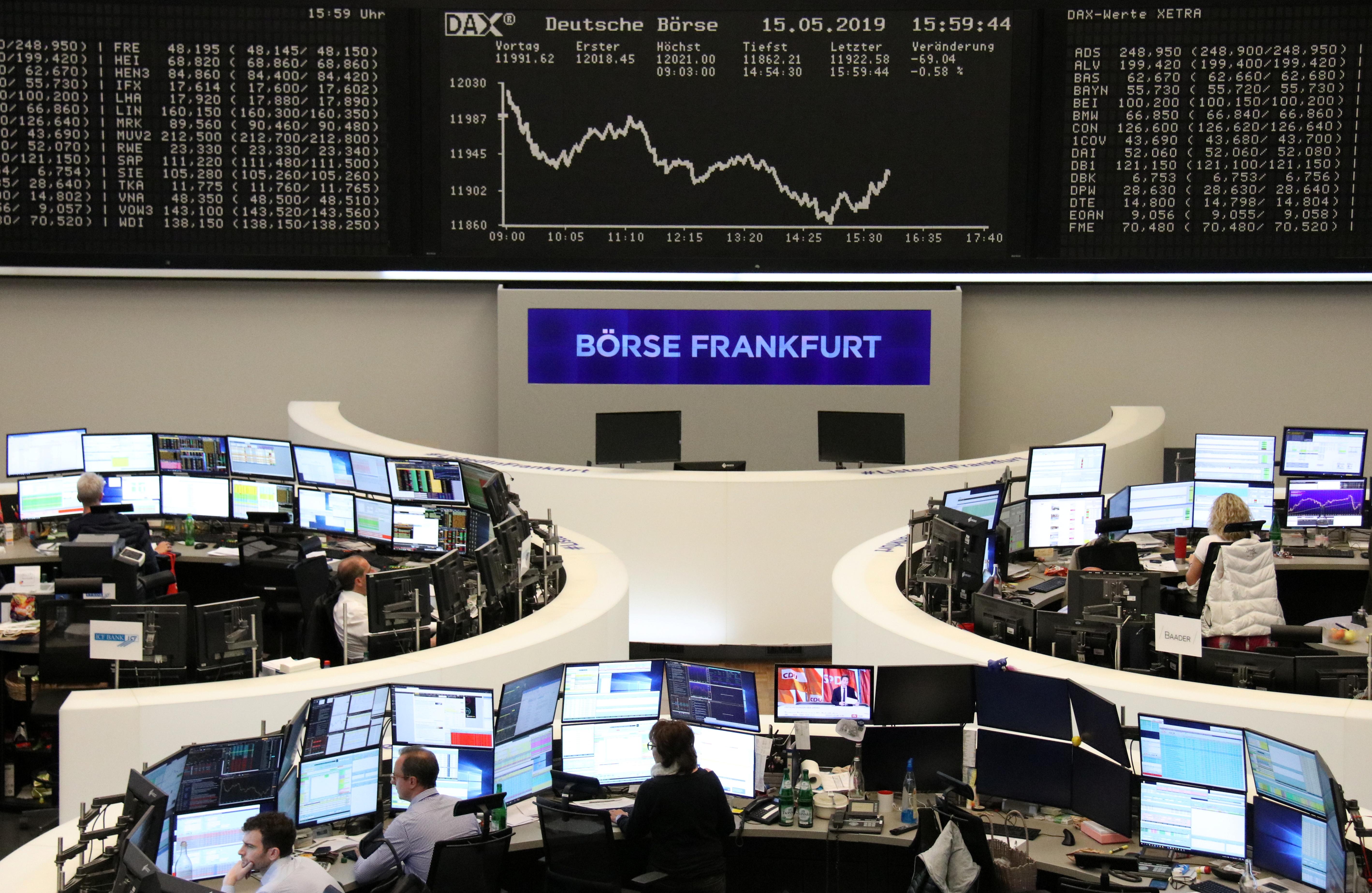 The U.S. Commerce Department said it was banning Huawei Technologies Co Ltd and 70 affiliates from acquiring components and technology from U.S. companies without government approval.

“The conflicting signals over trade are likely to simply spark more uncertainty and confusion in the market, and investors will continue to scatter and reassess their appetite toward taking on risk as a result,” said Lukman Otunuga, a research analyst at FXTM.

Auto makers led the losses, giving up gains from Wednesday, when Reuters reported that U.S. President Donald Trump planned to delay tariffs on imported cars and.

Luxury stocks, which have been under pressure from the trade conflict, fell again.

Britain’s CYBG Plc, owner of Clydesdale and Yorkshire Bank, dropped about 5%, a day after its results showed it swung to a profit in the first half of the year.

Nestle SA shares reached a record high after reporting it had entered exclusive talks to sell its skin health business to a consortium led by private equity firm EQT Partners, in a deal worth 10.2 billion Swiss francs ($10.12 billion).

In basic materials, Norsk Hydro gained after a Brazilian federal court lifted one of two production embargoes on a plant owned by the Norwegian metals maker.