(Reuters) – European shares ended the week down roughly $1.5 trillion in their worst weekly performance since the 2008 financial crisis as the rapid spread of coronavirus outside China saw sustained selling on fears of a recession. 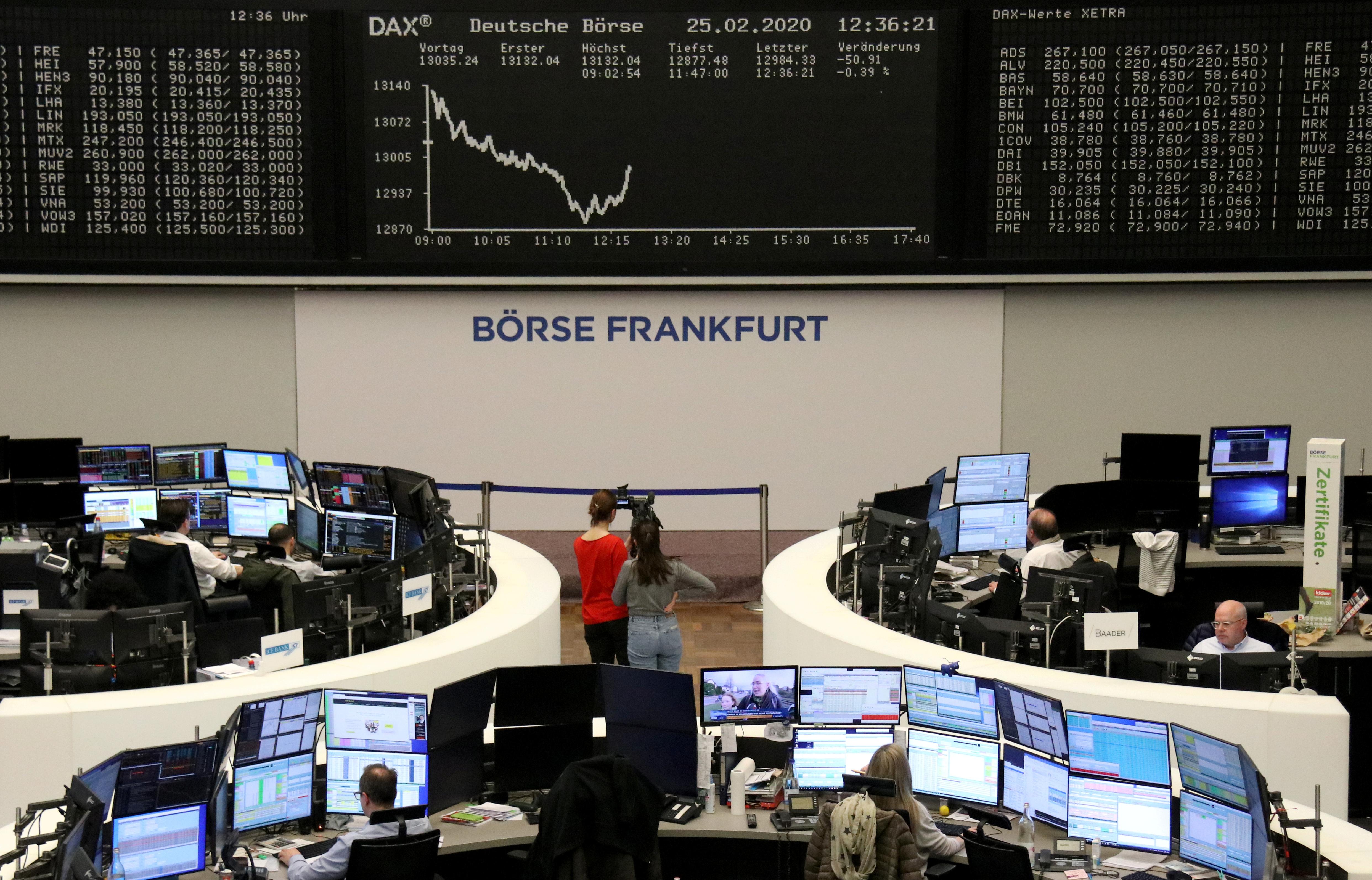 The pan-regional STOXX 600 index fell 3.5% on Friday, deepening its slide into correction territory with a 13.2% plunge from a record high hit on Wednesday last week.

“The move today, and the week-over-week move is driven by systematic, self-enforcing flows. We have seen a significant amount of position reduction (this week),” said Philipp Brugger, head of investment strategy at Union Investment.

All European sub-sectors were well in the red, with chemicals .SX4p, insurance .SXIP and telecom .SXKP leading losses for the day, shedding more than 4% each.

Germany’s BASF (BASFn.DE) was among the biggest percentage losers in the chemical subindex after it warned that earnings could drop further this year.

Travel and leisure stocks .SXTP underperformed their peers by a wide margin over the week, dropping about 18%.

Airlines were the worst hit, with the situation intensified after British Airways owner IAG (ICAG.L) said its earnings would take a hit this year as passenger numbers tumbled.

German stocks .GDAXI dropped 3.9% as the number of cases in the country rose to 60. Insurer Munich Re (MUVGn.DE) was among the worst performers for the day after its fourth-quarter profit dropped.

Engines and automobile maker Rolls-Royce (RR.L) was among the few gainers, ending up 3.2% after saying it was well placed to deal with disruptions caused by the epidemic.

“The ECB situation has the additional challenge that they do not have so much powder left, and in general the threshold for them to move on an interest rate side is really high,” Union Investment’s Brugger added.

The World Health Organization warned that the virus had pandemic potential, and ratings agency Moody’s saying it would trigger a global recession in the first half of the year.

Export orders to U.S. at China's Canton Fair down by one-third