SHANGHAI/BENGALURU (Reuters) – China Inc’s profit growth has fallen sharply while debt levels have recorded a rare drop, a Reuters analysis of earnings data shows – signs of strain brought on by Beijing’s crackdown on leverage as well as a trade war with the United States. 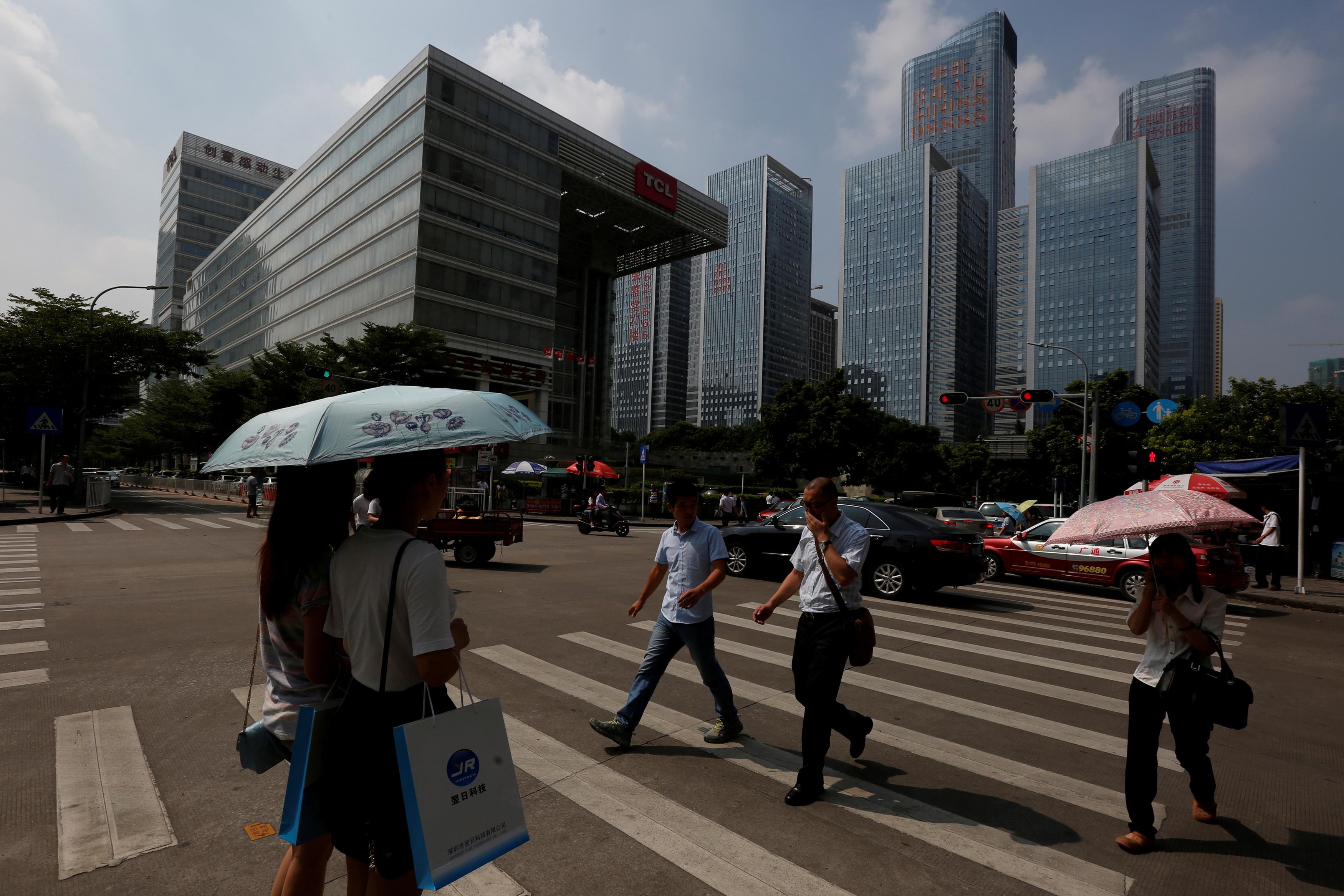 Easy access to funds had long fueled growth for mainland Chinese firms but a concerted campaign by authorities to rid the financial system of excessive liquidity and rein in irrational corporate expansion is taking its toll.

A rapid bruising of consumer confidence amid trade tension with the United States has added pain, creating a major challenge for Beijing as it looks to keep the economy on track after it expanded at its weakest pace since 2009 in the third quarter.

Chinese firms managed a combined net profit rise of just 3.9 percent in the third quarter, compared with jumps of 20-55 percent seen in each quarter for the past two years, according to the Reuters analysis of earnings for 1,950 firms listed in Shanghai and Shenzhen.

Earnings for Hengkang Medical Group Co Ltd, which has made acquisitions of medical institutions central to its business strategy, highlight the strong connection between credit conditions and corporate health in China.

“Capital markets are tight and the cost of borrowing is pretty high,” said Li Dan, a securities official at Hengkang’s board of directors office and one of a dozen executives interviewed by Reuters for this article.

Fierce competition for M&A funds, plus the slowing economy pushed the company into the red for the third quarter, she said.

Combined debt at Chinese firms dropped 1.6 percent to about 12 trillion yuan ($1.7 trillion) for the quarter from a year earlier – the first decline in the nine years of comparable data available for roughly 1,400 of the companies.

That was down 11.5 percent from the previous quarter, also the steepest quarter-on-quarter decline of the past nine years.

Metals firm Shenzhen Zhongjin Lingnan Nonfemet Co Ltd, which cited a drop in prices for its weaker profits, said it was a “tricky” time for financing.

“The market environment is really not good. When we did our issuance, we came under great pressure and almost didn’t succeed with the fund-raising,” an official at the company said.

“Lots of companies though aren’t able now to raise money in private fund raising successfully at all,” he said. Like many company officials Reuters spoke with he asked not to be identified by name.

Revenue growth remained more robust at 13.4 percent, in line with growth earlier in the year, though down from a climb of 21.6 percent in the same quarter in 2017.

But pressure on profits was coming from a number of fronts, according to the companies interviewed.

In addition to weaker demand and higher funding costs, they cited poor returns on financial investments, inventory build-up as well as downward pressure on product prices that was fuelling competition among firms.

“Our prices have dropped a lot this year,” said a senior official at LONGi Green Energy Technology Co Ltd, adding that the margins on its products for the solar power industry had dropped to 20 percent from 30 percent last year. That contributed to a 62 percent slide in third-quarter profit.

“The demand side is weakening. One: it’s because of credit availability. Two is weakening sentiment due to the trade issue escalation,” said Christopher Lee, Hong Kong-based managing director for corporate ratings at S&P Global.

“A lot of these private companies are under stress in the last couple of months,” he said, adding that he expected the government to roll out more measures that would make it easier for businesses to gain funding.

By sector, financial firms were the hardest hit with the industry seeing an average 52 percent decline in third-quarter net profit. Not only hurt by the crackdown on risky lending in the shadow banking sector, a sharp slide in China stocks has reduced the value of many of their holdings.

Firms in the so-called consumer discretionary sector, saw net profits drop 1.8 percent from the same quarter a year earlier – a stark contrast to growth of 21.5 percent in the second quarter and the first decline in trackable data that goes back to mid-2016.

That represents a further ominous sign for consumer spending. Others include a slide in China car sales that has brought the world’s biggest car market closer to a rare annual contraction as well as weak profit growth for premium liquor maker Kweichow Moutai Co Ltd, a bellwether for China’s luxury sales.

Belt-tightening by consumers is also forcing companies to roll out discounts to keep up sales.

The firm, which operates Pizza Hut and KFC in China, had seen “very aggressive promotion” from rivals that had increased competition to lure in diners.

“In the short term, KFC can do that. There’s nothing wrong to offer something, it’s a lovely term called cheap and cheerful, particularly during some slightly tougher times for customers,” she said.

Ageing and empty: Hometown of Japan's next premier Suga highlights challenges ahead