Home » Asia » Fair employment watchdog should be given 'more teeth and bite' to enforce, mete out punishment: Labour MP

SINGAPORE – The national watchdog on fair employment practices should be given “more teeth and bite” through expanded powers to investigate, enforce, and even mete out punishment on errant companies, suggested labour MP Patrick Tay (Pioneer).

Strengthening the Tripartite Alliance for Fair and Progressive Employment Practices is one measure he believes would help address the fairness and localisation of professional, manager and executive (PME) jobs.

Fair hiring practices can be improved by imposing stiffer penalties on companies with discriminatory hiring, Mr Tay said in Parliament on Tuesday (July 6). “We should not allow the few black sheep to weaken our working structure.”

To level the playing field for local PMEs, he also suggested paying “close watch to sectors with a particular imbalance”.

Locals must be given fair access to PME roles and progression opportunities, so that a pipeline of talent can be developed in high growth sectors, he added.

Mr Tay said more needs to be done to strengthen the Singaporean core, build up the local workforce’s capabilities and protect locals from being unfairly discriminated against.

“It is important to recognise the role that foreign manpower plays, which is to complement and enhance the capabilities of the local workforce and not to replace it,” he added.

Mr Tay, who co-chairs a task force to look into issues faced by PMEs, said one concern raised was the intense competition from the influx of foreign labour.

Some PMEs have shared their personal experiences of foreign hiring managers bringing in co-workers of the same nationality, he added.

Others have shared about disguised discriminatory practices at work. These include foreign colleagues who form majority of the team communicating in their native language at work, and foreign supervisors unfairly allocating off-days to colleagues of the same nationality during public holidays.

Mr Tay said: “While it is clear only a minority engages in such unacceptable practices, the concerns are legitimate, and we should not ignore it.”

While PMEs that he had spoken to acknowledge the need for Free Trade Agreements (FTAs) and foreign labour amid globalisation, he said there is still a need to support the aspirations of the local workforce.

“We will need to strike a balance between being open and having a level playing field for our locals with fair opportunities and fair treatment. This balance is not easy to achieve and is an evolving process,” he added.

Meanwhile, Nominated MP Hoon Hian Teck said Singapore’s rise in living standards over the years has been facilitated by a steady inflow of foreign direct investment, which brought technology and good jobs.

FTAs offer Singapore’s economy “a means for its firms to expand their market, which ultimately has positive net impact for our labour market”, he added.

Construction company first firm to be charged over unpermitted drone use 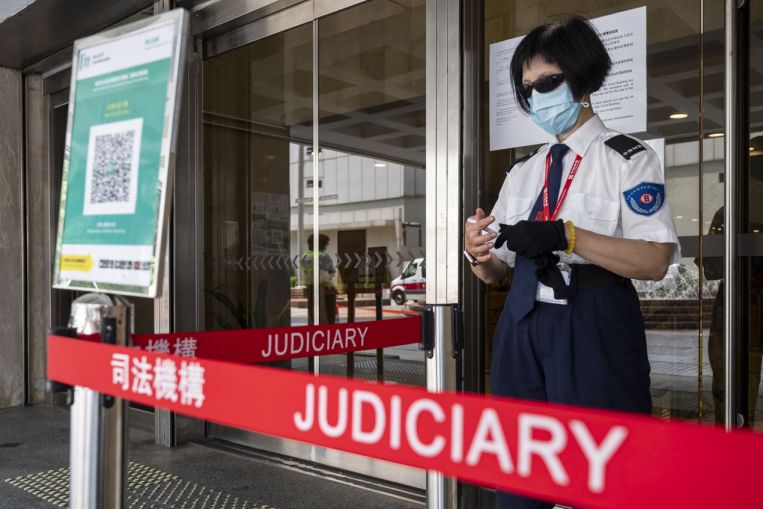