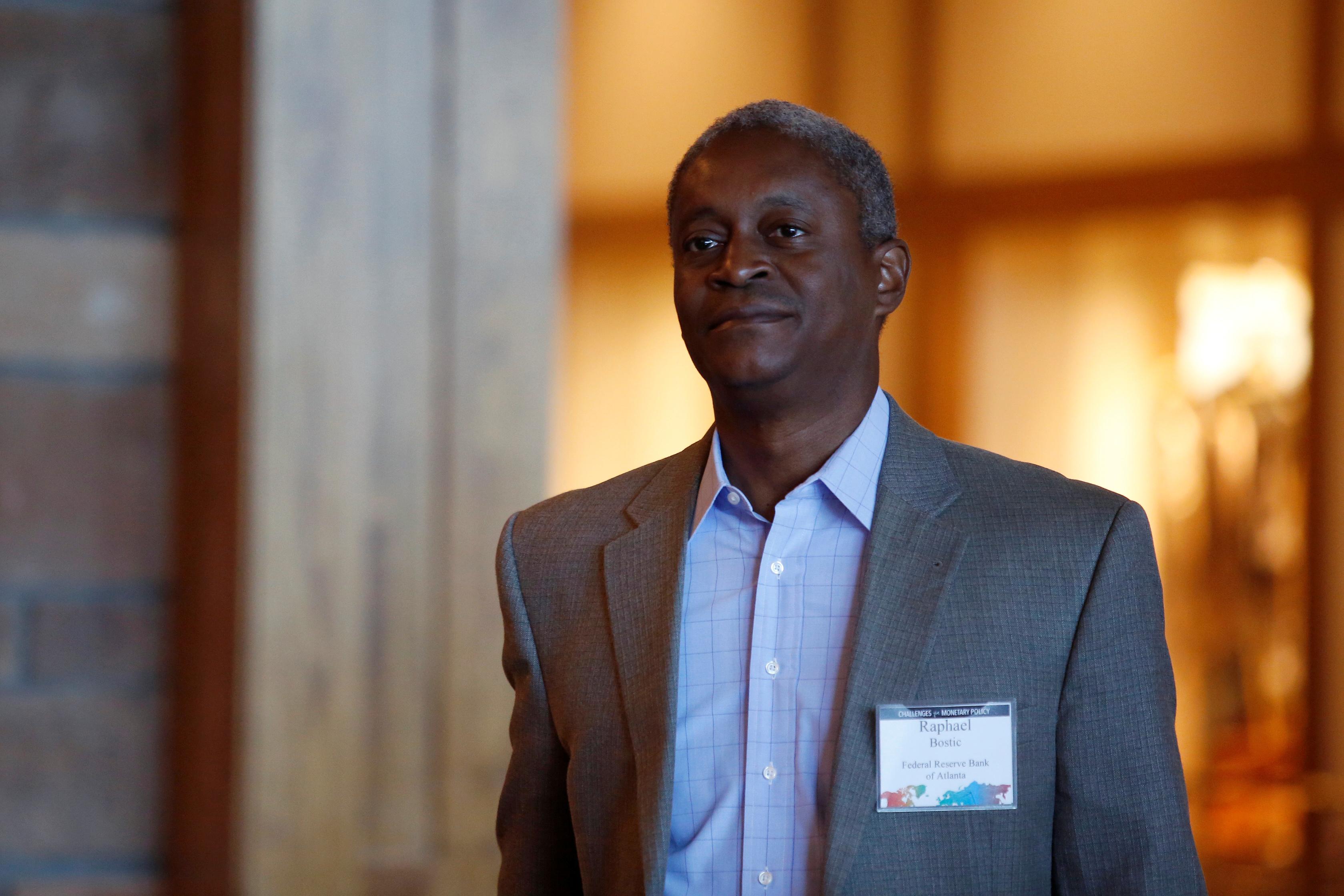 NEW YORK (Reuters) – The Federal Reserve’s understanding of the relationship between employment and inflation has shifted and determining when to raise interest rates will depend more on the trajectory of inflation than the exact level, Atlanta Fed President Raphael Bostic said on Thursday.

Bostic said he would not be concerned with inflation going above the Fed’s goal of 2%, reaching up to about 2.4%, if prices remain stable. “As long as we see the trajectory moving in ways that suggest that we are not spiraling too far away from our target, I’m comfortable just letting the economy run and letting it play out,” Bostic said in an interview with the Wall Street Journal.

The U.S. central bank announced last week that it was revising its approach for setting monetary policy to focus more on addressing shortfalls in employment and less on inflation. Bostic said policymakers noted that the relationship between inflation and employment was weaker from 2012 to 2018 than it had been in previous decades.

Now, Fed officials are more comfortable with leaving rates low until there are signs of higher inflation or of financial instability, he said. “I think we’re going to be willing to be more stimulative than perhaps we have been historically,” Bostic said.

Asked about whether the Fed’s low rate policy was inadvertently boosting asset prices, Bostic said he thinks policymakers should be concerned about asset bubbles

However, he noted that the U.S. economic recovery has been uneven and that restaurants, hotels and entertainment businesses are struggling. Tightening monetary policy too soon could hurt workers in those industries, he said.

“I think it would be a mistake for us to take off some of the relief and support because those places will have a much harder time getting back on their feet,” he said.