IDAHO FALLS, Idaho (Reuters) – With the U.S. economy at or beyond full employment and inflation likely to rise slightly above a 2 percent goal over the next year, the Federal Reserve should continue to raise rates gradually, its newest policymaker said Monday — but not necessarily next month. 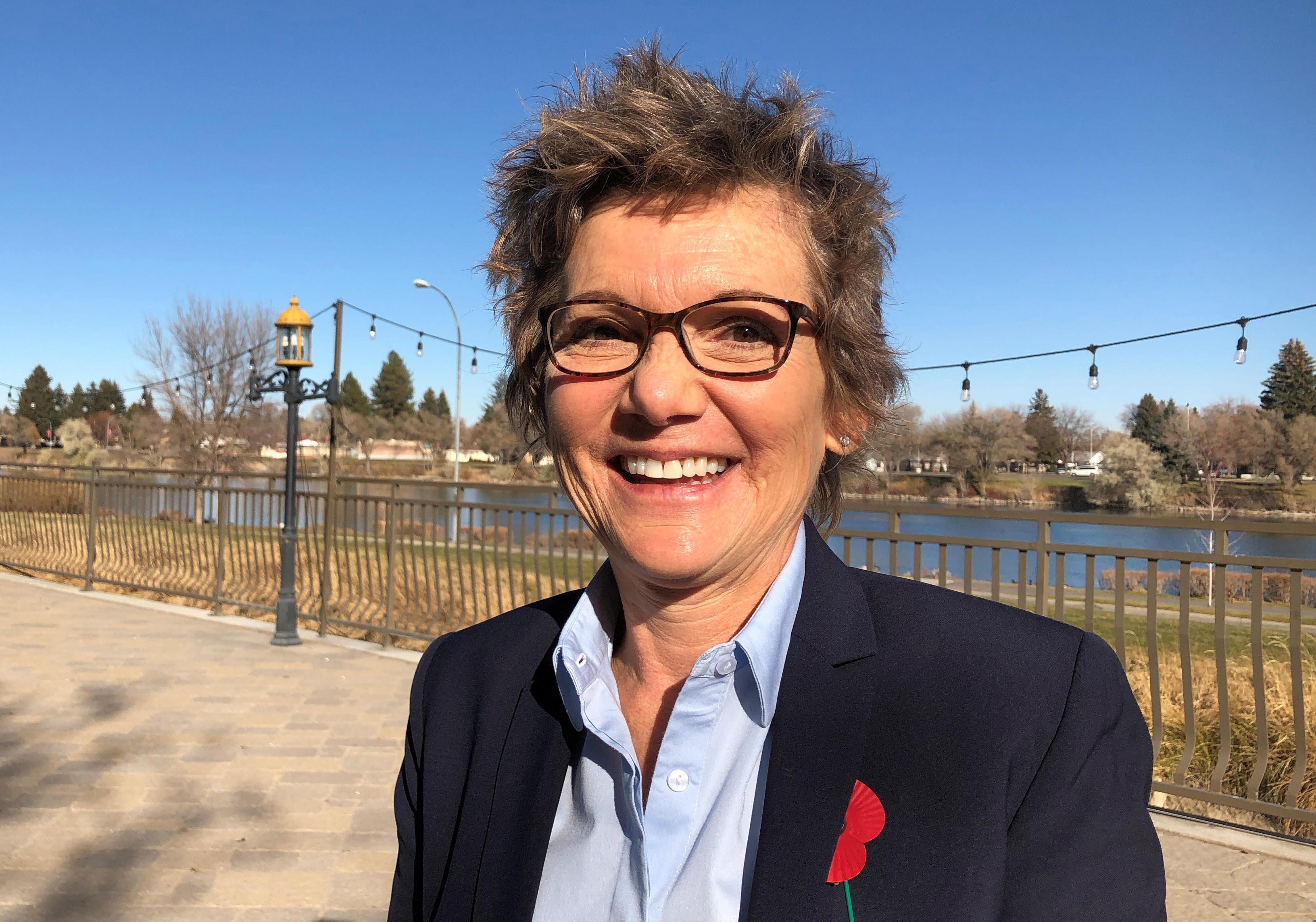 “My modal forecast is for two to three (rate hikes) over the next period of time, with the exact timing not being certain,” Mary Daly told reporters after her first formal economic outlook speech as San Francisco Fed president, a job she started last month.

Asked if the next increase should come next month, when the Fed is widely expected to increase its policy target range to 2.25 percent to 2.5 percent, she said “I think it’s premature to say that it’s a definite, when we have a lot of time between now and December to see how the economy unfolds.”

It was unclear whether Daly’s comments signal a willingness to use her very first vote as a policymaker to dissent, or whether they were rather aimed at underscoring that the Fed is not wedded to quarterly rate increases but would “look, watch and learn” after each rate hike before doing anything further.

Daly said she believes the Fed should gradually raise rates toward “neutral,” when in a healthy economy the level of borrowing costs neither boosts nor slows growth.

She said her estimate of neutral is between 2.5 percent and 2.8 percent.

“If you asked me today I’d probably pick” the middle of the range, about 2.7 percent, she said. Asked if the Fed will need to move to “restrictive” monetary policy next year, as some policymakers have suggested, she said such a discussion was premature.

“Gradual is helpful because it allows us to raise the rate, look around, evaluate, interpret the data and then, and only then, make another increase,” she said. “The frequency and size of any increase I think is something that we want to continue to have open and not be on autopilot.”

As of September, when they last released public forecasts, U.S. central bankers expect to continue to raise rates next year.

Daly said that pace will depend on how the economy fares, fueled currently by tax cuts and government spending domestically and global growth internationally.

For now, she said, the U.S. economy is “very good,” with a booming labor market — unemployment is at 3.7 percent nationally — and an inflation outlook that is “very encouraging.” Still, she said, some people remain on the sidelines, and much could still be done to boost both educational attainment and labor force participation.

Heng Swee Keat steps aside: What lies ahead for PAP's 4G in electing its new leader and team builder