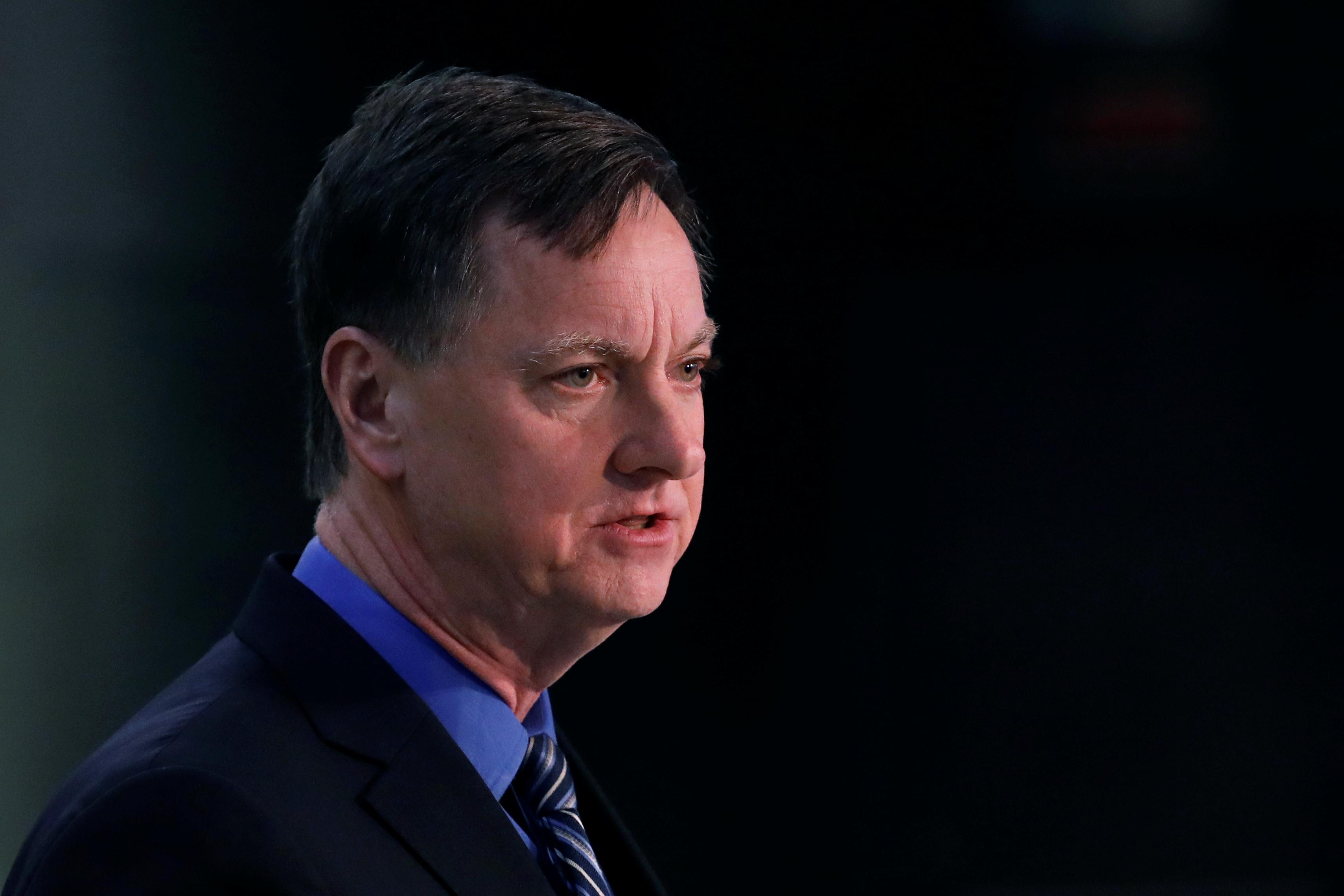 The Fed has cut rates twice this year as U.S. businesses were hit by rising trade tensions with China, political risk including Britain’s potentially chaotic divorce from the European Union, and weakening economic growth in Germany and elsewhere.

“If there is an event that shocks the world economy or the U.S. economy, these modest adjustments are not going to be nearly enough, this is very much just risk management to help make things work out better as we strive to bring in growth at about 2% (in the U.S.) over the next 18 months,” Evans told a conference in Madrid.

“The U.S. economy continues to grow above trend … U.S. economic outlook is quite good, it still has strong fundamentals,” he said, adding though that trade tensions posed downside risks, potentially putting off investment decisions by companies.

European Central Bank Vice-President Luis de Guindos said at the same event that markets may be underpricing the potential impact of a no-deal Brexit.

Evans said recent rate cuts by the Fed were appropriate but the bank would be ready to make further adjustments if needed.

“We will go to our next meeting, have a discussion about what’s appropriate, and I’m extremely open-minded to making an adjustment if that’s what the appropriate policy is,” Evans said, after also highlighting the recent contraction of the U.S. manufacturing sector as one of the downside risks to growth.

A key indicator of U.S. manufacturing fell to its lowest level in more than a decade in September as business conditions deteriorated further.

On Wednesday, Wall Street’s main indexes suffered their sharpest one-day declines in nearly six weeks after employment and manufacturing data suggested that the U.S.-China trade war was taking an increasing toll on the U.S. economy.

EVANS PUSHES BACK AFTER TRUMP’S CRITICISM

The Fed’s July and September rate cuts brought the Fed’s target range for overnight borrowing costs to 1.75%-2.00%, below the 2.5% that most Fed policymakers view as “neutral” in a healthy economy.

Pushing back against President Donald Trump’s calls for the U.S. central bank to slash rates to zero or below, Evans said on Thursday presidential communications were different in this administration but the Fed would focus on whatever was right for the economy “no matter who is telling us one way or another.”

“It is kind of the way it is … I think Jay Powell has done an extremely good job during his time as (Fed) chair in addressing the issues we are facing,” Evans told journalists on the sidelines of a financial event in Madrid after assuring that the Fed still had a “reasonable amount of independence”.

Trump on Tuesday renewed criticism of the U.S. central bank, saying it has kept interest rates “too high” and that a strong dollar was hurting U.S. factories.

“People get to criticize you … (but) what we need to do is to keep our head down and pay attention to our mandated objective” with regards to employment and inflation, Evans said.