How did China do it?

When The New York Times set out to take a big-picture look at China, the what was obvious enough: Across the Pacific Ocean from the United States lies the world’s newest superpower, a rival to American interests both economic and political.

The how was another matter.

How did the land once commonly — and with some disdain — known in the West as Communist China come to lead the world in the number of homeowners, internet users, college graduates and, by some counts, billionaires?

How did a once-cloistered nation with a flailing economy drive extreme poverty down to less than 1 percent? How did it achieve social economic mobility unrivaled by much of the world?

And perhaps most of all, how did a country that rejected all of the conventional wisdom Western economists had to offer arrive at a moment when it is on track to surpass the American economy and become the world’s largest?

When The Times launched China Rules, the series that began last Sunday, these were the questions we asked our reporters to try to answer. The last four articles in the series will appear this Sunday, when a special print section will also be published.

Here are some takeaways about what they found.

China’s growth was more than a little improvised. 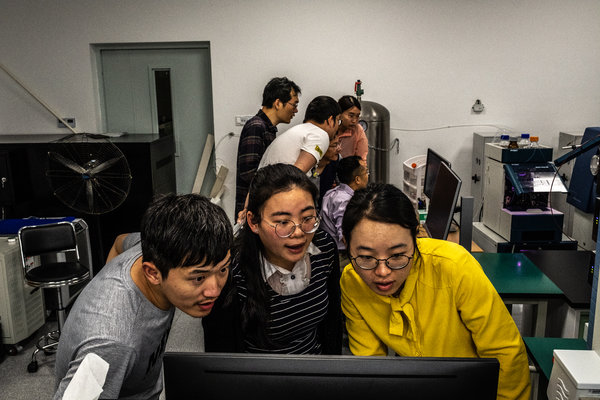 In the uncertain years after the death of Mao Zedong — the founding father of the People’s Republic of China — Chinese leaders struggled to find a way forward. It was the 1980s, and the country was still recovering from decades of political and economic turmoil.

After decades of centralized planning and state control of the economy brought much of the country to its knees, Chinese officials knew they had to try something else — but what? The answer was far from clear.

“The Chinese economy has grown so fast for so long now that it is easy to forget how unlikely its metamorphosis into a global powerhouse was, how much of its ascent was improvised and born of desperation,” writes Philip P. Pan in the opening article of our China Rules reports.

[Read the series opener, The Land That Failed to Fail, here.]

The main thing China’s leaders did was to embrace capitalism, cautiously, while still retaining a tight grip on society. What followed was over 40 years of growth.

The world may have thought that it could change China, and in many ways it has, but China has also changed the world.

Now, the question for China has turned from how to compete to how to pull ahead in an era of American hostility that has realigned the global dynamic. As President Xi Jinping pushes a more aggressive agenda overseas and tightens controls at home, the Trump administration has launched a trade war that has brought the countries to the cusp of a new Cold War.

American attitudes toward China have soured to an extent not seen in decades.

When Henry A. Kissinger, President Richard M. Nixon’s national security adviser, made a secret trip to Beijing in 1971, he opened a new era of engagement between the United States and China. It was grounded in the mind-set that increasing trade and investment would benefit both countries by making America safer and China more prosperous.

But the decades of engagement that followed have given way to a trade war encouraged by China hawks like Stephen K. Bannon, the former chief strategist to President Trump. Mr. Bannon’s view that China is the greatest long-term threat to the United States has influenced Mr. Trump’s policymaking.

Mr. Kissinger and Mr. Bannon can be seen as bookends on the era of open engagement with China, writes Mark Landler, in a piece that dives into the changing tone of American diplomacy with China.

China’s rise came despite its rejection of the Western recipe for economic success and its key ingredient: openness, write Keith Bradsher and Li Yuan. China managed to grow by adopting reforms on its own terms, allowing more freedom for businesses but keeping iron control of critical levers of the economy.

And now, China has begun clamping down even more. President Xi has reversed course on some of the decades of reforms that the former Chinese leader Deng Xiaoping made to drag the economy forward. New internal and external pressures will test this model like never before.

China’s global footprint is growing, and Beijing is playing an increasingly assertive role in the world.

Its relationship with the United States may be contentious, but China has been busy making its mark in a bid for global influence, even as America turns increasingly inward.

From Cambodia to South Africa, it has been funding major infrastructure projects like dams, bridges, ports and power plants. Some describe the effort as a modern-day Marshall Plan, the American reconstruction campaign after World War II that laid the foundation for many enduring military and diplomatic alliances.

China’s take on that, the so-called Belt and Road Initiative, is bolder, more expensive and far riskier. As it works to win new allies and develop new markets, Chinese-funded projects are reshaping financial and geopolitical ties. But the costs for both aid recipients and China can be high. And Beijing is sometimes accused of using its infrastructure investments to ensnare partners in debt traps — and then seize their assets.

We examined nearly 600 projects that China helped finance in the last decade. They show the scope of China’s strategy on a global scale.

[Here’s a close look at just where China has put its money.]

As China focuses attention on its immediate neighbors, it has overtaken the United States as the leading trade partner in Asia. It is also projecting power through military might in the South China Sea, where Mr. Xi has ordered the development of several contested islands.

All of this has been unsettling for some of China’s neighbors, who worry about a return to an old tribute system, Jane Perlez and Peter S. Goodman write in an essay exploring China’s reach.

The American Dream is alive and well … in China.

The American Dream has long promised a pathway to a better life for those willing to work hard. But unprecedented economic expansion in China has created an environment where upward mobility may now be more attainable in Beijing than Baltimore.

[Take a look at how the United States and China stack up.]

While China is still much poorer than America over all, it is outpacing its Western rival in some crucial areas.

Its population is among the most optimistic in the world, according to public opinion surveys. Eight hundred million people have risen out of poverty since the 1990s. Incomes are rising across generations, with children out-earning their parents. Life expectancy has soared.

It’s more complicated than that, of course. Education and a growing private sector have offered a path to social mobility, but they can also function as a means of social control. The government offers an unspoken pact to its people: A good life is possible for anyone who works hard, even the children of peasants — as long as they stay out of politics.

Western assumptions that China would change as it grew richer, and become more like the West, have proved wrong. It is charting a different path. Amy Qin and Javier C. Hernández explore how China’s rulers control society through a potent mixture of opportunity, nationalism and fear.

What’s does “Made in China” mean? Not what it once did.

China charted a new manufacturing model in a bid to build cutting-edge industries that could rival Western giants.

It is making more complex products — like cellphones and computers — at breakneck speed and unprecedented scale. Yet it is also making even more of the cheaper products that were once a staple of its economy, like toys, umbrellas and combs. “Made in China” no longer means a cheap product, or one that was simply assembled there.

Defying the conventional wisdom of economic development, it is trying to do it all. The Communist Party is throwing the full financial weight of the state behind these efforts.

Beyond manufacturing, China has begun getting more involved in all types of industries.

In Hollywood, for example, China now has major influence over how it is depicted in movies, thanks to its growing box office market and its financing of top-tier films. It is using that power to spread a preferred global narrative, part of a broader push by the government to present a friendlier, less menacing image to the world.

China also, in effect, walled out the internet the rest of the world sees — and then made its own. Now, it has the world’s only internet companies that can match America’s in ambition and reach. All of this has played out on a patch of cyberspace blocked from web giants like Facebook and Google and policed by censors.

Chinese companies have long mimicked their American corporate counterparts, but Chinese tech firms have evolved quickly from copying Silicon Valley’s successes to making huge strides of their own, from mobile payments to social media innovations. Now the inspiration flows both ways, with American companies taking notes from Chinese counterparts.