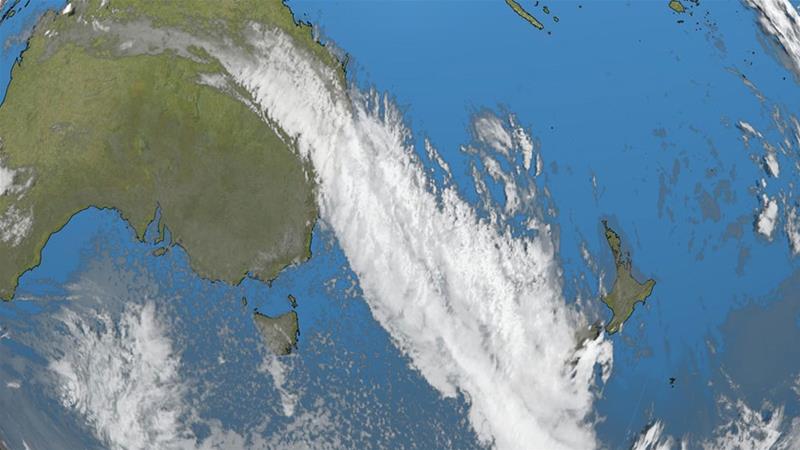 Even for a wet country like New Zealand, the current weather system battering the country has brought phenomenal amounts of rain.

Ivory Glacier in the west coast has reported a staggering 443.5mm of rain in just 24 hours, according to the National Institute of Water and Atmospheric Research on Thursday.

The glacier might be a wet place but to give context, Auckland expects 1,101mm in an entire year.

Meanwhile, MetService reported that Hokitika, a township in the country’s South Island, saw more than 800 lightning strikes in just 20 minutes.

Strong winds are also a major problem and warnings remain in force for winds over 150kph in some parts of the country.

The rain has brought flooding, landslips and triggered widespread disruption; several major roads have been closed, a highway bridge has been swept away and a number of schools have been forced to close.

The weather also closed New Plymouth airport for a time due to the poor visibility, and a number of students on a school trip have been stranded at Mt Aspiring National Park.

The weather system responsible originated from tropical Queensland, and picked up even more moisture as it crossed the Tasman Sea.

Its tropical nature has also ensured that the temperatures have been strangely high, despite the wet and windy weather.

As the weather system moves northwards, there will be a sharp drop in temperatures as the winds change southerly.

This will add extra hazards when the rain turns to snow on Friday bringing with it the risk of avalanches.