BENGALURU (Reuters) – Global funds recommended trimming bonds and keeping equity allocations on hold at a seven-month low this month even with world stocks on a tear, a Reuters poll showed on Friday. 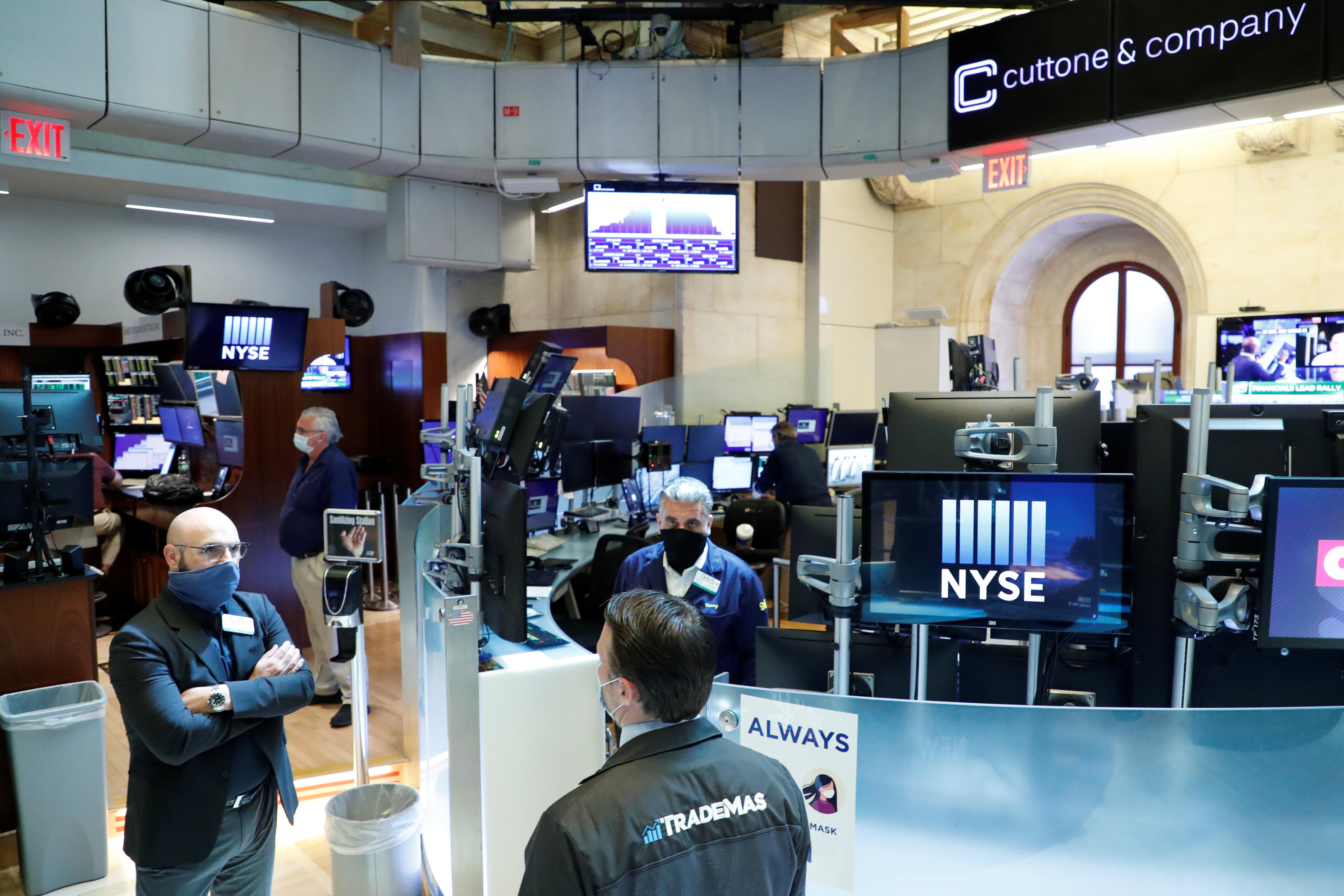 Asset managers were almost evenly split on whether this year’s lows for key indexes would be revisited, in contrast to a Reuters poll of market strategists published on Thursday which showed most on the sell-side don’t expect that to happen.[EPOLL/WRAP]

After the March mayhem — driven by fears the global economy would plummet into recession due to the coronavirus, which has infected over 5.8 million people — global stocks have rallied on hopes unparalleled global stimulus would drive a strong and quick V-shaped recovery.

But fund managers and economists have consistently said the recovery would be either U-shaped, with a prolonged trough, or like a tick mark where the rebound is not as powerful or as fast as the initial drop. [ECILT/WRAP]

The May 12-28 Reuters poll of 35 fund managers and chief investment officers in the United States, Europe and Japan showed equity allocations accounted for 45.1% of the model global portfolio, unchanged from April’s seven-month low.

“We do not favor equities, given the V-shaped rebound that is currently priced in by markets, as there is nothing at the moment supporting that sentiment,” said a global chief investment officer at a large U.S. fund management company.

“The latest rally we believe is driven more by the massive fiscal and monetary stimulus, but that is at best going to stop the economic malaise and we think it is going to be a very long and painful recovery for most economies.”

Fund managers also warned most asset prices look expensive following an rally in stocks and bonds this year. They recommended a cut to bond holdings for the first time since January, to 42.4% from 43.3% in the previous month.

“The continuation of bond buying from the central banks is creating a bubble of concern going forward,” said Peter Lowman, chief investment officer at Investment Quorum in London.

“Clearly, with the Federal Reserve showing they are prepared to do whatever it takes to kick start their economy, it is very supportive for global equity markets over bonds on a risk-adjusted basis.”

When asked if global stock markets would revisit their 2020 lows, fund managers were almost evenly split, with 10 expecting that to happen, while the remaining 11 said they would not.

“The stock market is currently sending mixed messages, on one hand defensive and growth equities have rallied but on the other, cyclical equities which tend to lead a recovery have remained suppressed,” said Benjamin Suess, director at UBS Asset Management.

“What matters is whether we will see significant second waves (of the virus) and thus renewed mobility restrictions and a slowdown of economic activity. Clearly, the policy reaction to the second wave will also be important to reduce second round effects.”

A majority of fund managers responding to an additional question said pandemic headlines and stimulus would be the main driver of equity markets over the next three months.

“As we are entering into the second phase of the crisis with the gradual reopening of global economies, we maintain a cautious stance in terms of global allocation, said Kevin Thozet, a member of the investment committee at Carmignac.

“Moving out of lockdowns does not mean a return to normality and we expect significant divergence across regions, countries, and sectors to continue to prevail, and very much dependent on the variety of exit strategies and stimulus provided to support the economies.”