BERLIN (Reuters) – The German economy contracted for the first time since 2015 in the third quarter as global trade disputes swung the traditional export growth engine of Europe’s largest economy into reverse, raising concerns that a near-decade-long expansion is faltering. 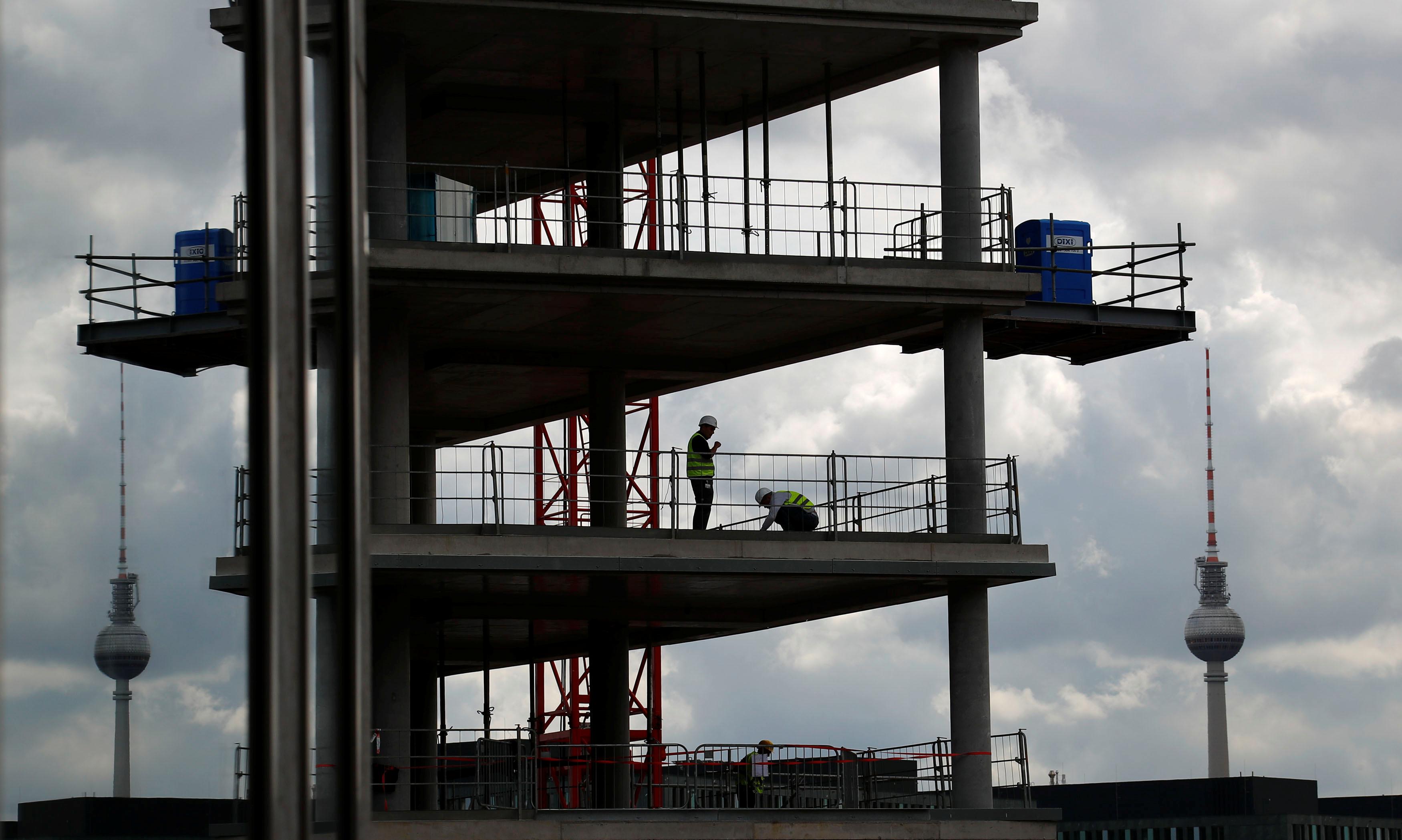 Gross domestic product (GDP) in Europe’s biggest economy contracted by 0.2 percent quarter-on-quarter, the Federal Statistics Office said on Wednesday. That compared with a Reuters forecast for a contraction of 0.1 percent.

Compared with the same quarter of the previous year, the economy grew by 1.1 percent from July to September, calendar-adjusted data showed. Analysts polled by Reuters had expected 1.3 percent.

“The slight decline in GDP compared to the previous quarter was mainly due to foreign trade developments: provisional calculations show there were fewer exports but more imports in the third quarter than in the second,” the Office said.

The third-quarter dip in GDP was the first time the economy has contracted since the first quarter of 2015.

The government had flagged a weaker third quarter last month, citing bottlenecks in the car sector stemming from the introduction of new pollution standards known as WLTP as a factor.

“Germany doesn’t have an economic problem but rather an auto sector problem. Due to the sluggish certification of cars, car production had to be noticeably reduced, with collateral damage for other sectors too,” said Andreas Scheuerle at DekaBank.

However, the ZEW research institute said on Tuesday that investors do not expect the German economy to recover rapidly from a weak patch in the third quarter.

Concerns are growing in the German economy, which is in its ninth year of expansion, about the impact of global trade disputes and Britain’s departure from the European Union.

In addition to angst about the impact of U.S. President Donald Trump’s abrasive trade policy, German firms are concerned about instability at home where Chancellor Angela Merkel’s awkward ‘grand coalition’ has come close to collapsing twice.

Carsten Brzeski, an economist at ING, said that even though he expected the auto sector to rebound in the fourth quarter, the GDP figures for the July-September period were a “wake-up call that political stability and strong growth are by no means a given”.

“The poor export performance, despite a weak euro exchange rate, suggests that trade tensions and weaknesses in emerging markets could continue to weigh on Germany’s growth performance,” he said in a research note.

Last month, Germany’s DIHK Chambers of Industry and Commerce cut its 2018 growth forecast to 1.8 percent from 2.2 percent and predicted a slowdown to 1.7 percent next year as the economy faces mounting risks at home and abroad.