Pictures from the scene show rescue workers cutting open the roof of the vehicle to reach the casualties inside. 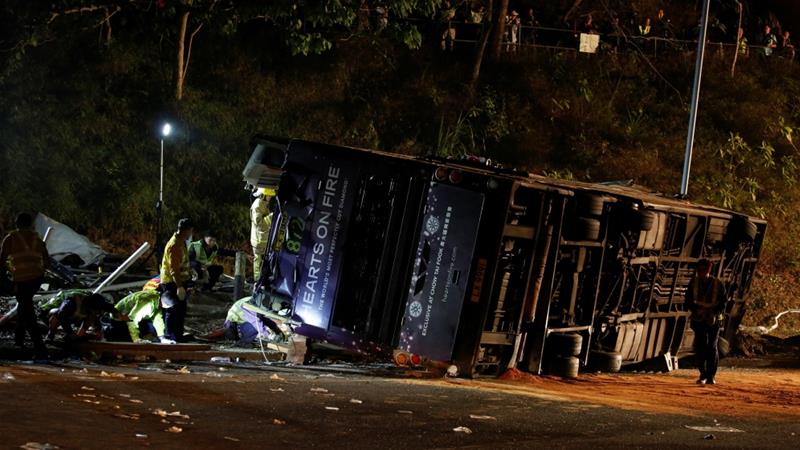 At least 18 people in Hong Kong have been killed and 50 others injured after a double-decker bus toppled over on a major highway.

Pictures from the scene on Saturday showed rescue workers cutting open the roof of the vehicle to reach the casualties inside.

The bus is believed to have fallen on its side and hit a lamppost which crashed into its front.

Police said the cause of the incident was being investigated, while the driver of the bus was arrested following the accident.

According to injured passengers, the bus was allegedly going faster than allowed after they had complained that the bus was 10 minutes behind schedule, local media reported.

Of those killed, 15 were men and three were women.

At least 10 injured passengers were reportedly in critical condition.

A representative for the Kowloon Motor Bus Co, the bus operator, said it would launch its own investigation into the crash and family members of the victims would get financial assistance.

The driver had been with the company since 2014 and was familiar with the route on which the accident happened.

According to the representative, the driver showed no signs of fatigue.

Saturday’s crash was the worst in Hong Kong since 2003, when 21 passengers were killed in another bus crash.