Jimmy Lai accused of ‘colluding with foreign powers’ in most high-profile arrest yet under new security law. 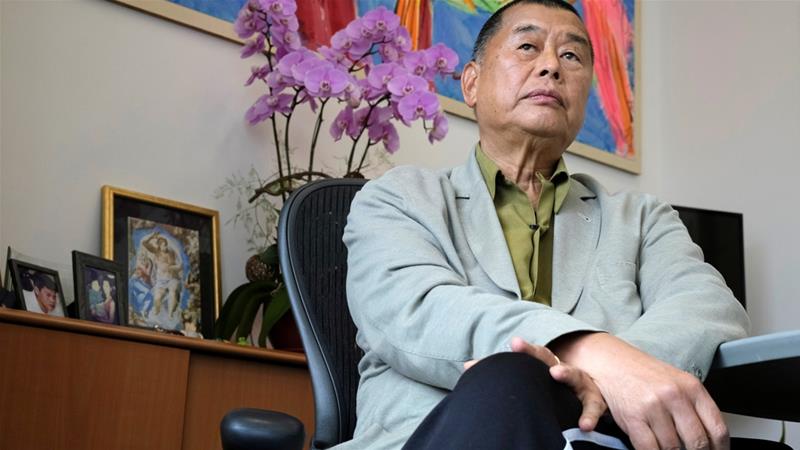 Hong Kong media tycoon Jimmy Lai has been arrested under the territory’s national security legislation and accused of “colluding with foreign powers” in one of the most prominent arrests since China imposed the controversial law just over a month ago.

Mark Simon, a senior executive at Lai’s Next Media group, said on Twitter that the tycoon was “being arrested for collusion with foreign powers at this time”.

Lai’s Apple Daily reported that 10 police officers arrived at the 72-year-old’s home at about 7am (23:00 GMT on Sunday).

The pro-mainland Oriental Daily said seven people were arrested on Monday morning, including Lai, his two sons and senior management at the Apple Daily. Simon is also on the wanted list, the paper added.

The police confirmed the arrest of seven people aged between 39 and 72. “Offences include collusion with a foreign country/external elements to endanger national security, Article 29 of the NSL.. Investigation is underway,” the force posted on its official Twitter account. Article 29 relates to alleged offences including  receiving any kind of support – directly or indirectly – from people overseas and carries a maximum sentence of life imprisonment.

Lai’s is the most high profile arrest since China imposed the security legislation, triggering condemnation from activists within Hong Kong as well as from Western countries who fear the law will be used to crack down on critics.

On Friday, the United States imposed sanctions on top officials from China and Hong Kong, including chief executive Carrie Lam, accusing them of curtailing the territory’s freedoms.

Hong Kong was a British colony for more than 100 years before it was returned to Chinese rule in 1997 under the so-called “one country, two systems” framework that was supposed to ensure the territory significant autonomy for at least 50 years.

Officials from Hong Kong and China have claimed the new law will not target freedom of speech or curtail the freedoms of people living in the territory.

Lai, who moved into publishing in 1990 after a successful career running clothing chain Giordano, was arrested earlier this year on charges of illegal assembly after taking part in the mass protests that began in the territory in June last year, and sometimes deteriorated into violent street battles.

The protests calmed earlier this year as the coronavirus pandemic took hold and the government restricted the size of public gatherings. On August 1, Lam said September’s highly-anticipated Legislative Council elections would be postponed by a year because of the virus.

The United States, United Kingdom, Australia, Canada and New Zealand, earlier on Monday issued a joint statement saying they were “gravely concerned” at the decision to delay the poll as well as the “unjust” disqualification of candidates. The national security law was “eroding” the rights and freedoms of people in Hong Kong, it added.

“We support the legitimate expectations of the people of Hong Kong to elect Legislative Council representatives via genuinely free, fair and credible elections,” the countries’ foreign ministers said, urging the government to reinstate the eligibility of the disqualfiied candidiates and enable elections to be held as soon as possible.

Wong was one of the candidates barred from standing in the election.

Only half the seats in the 70-member council are chosen by direct election, with 30 reserved for special interest groups and the remaining five occupied by district councillors who are popularly elected. The democracy camp won a landslide victory in those polls, which were held last November. 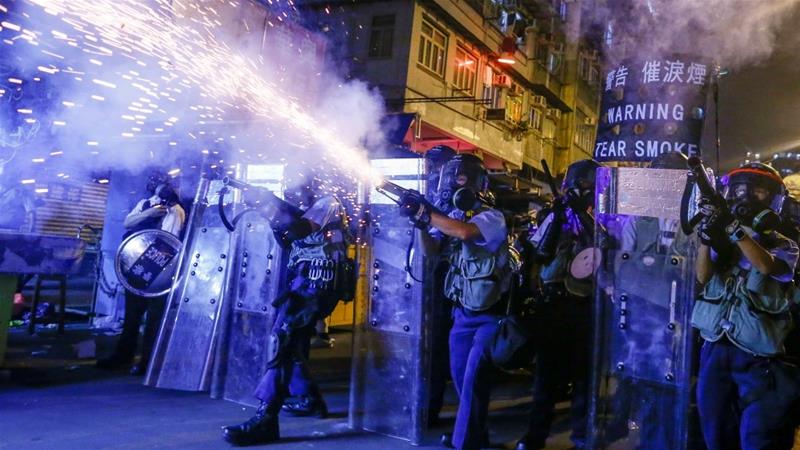 Under the cover of COVID-19: Cracking down on Hong Kong